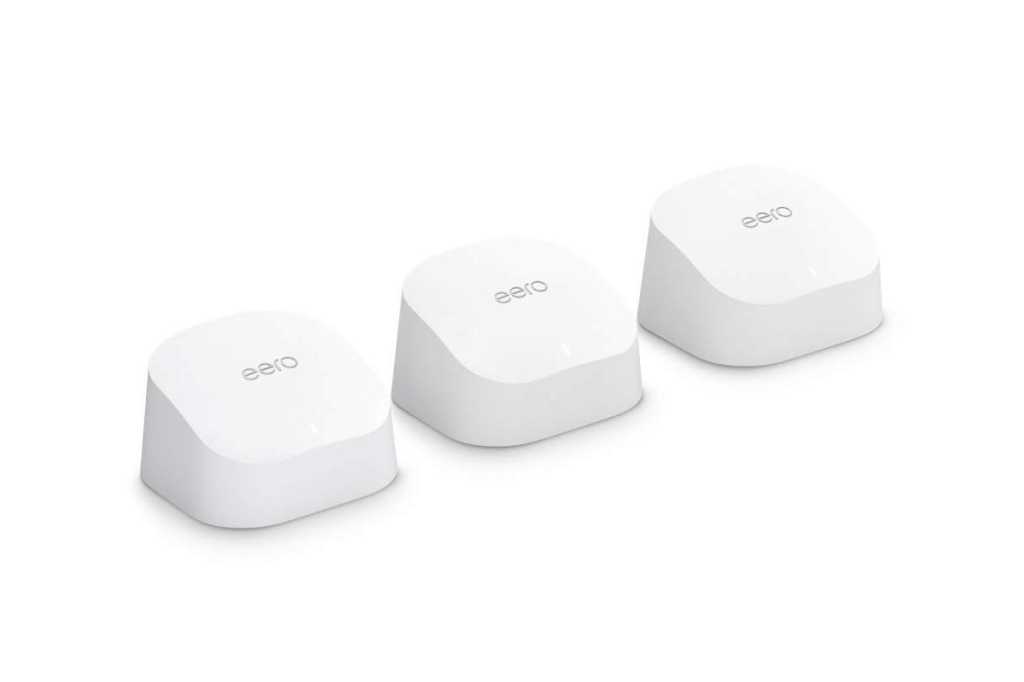 Mesh network technology and Wi-Fi 6 (aka 802.11ax) are a potent combo for any home, but it’s an especially great solution for larger houses with lots of devices to support. Eero is one of the pioneers in this market, and Amazon is selling a three-node Eero 6 system (that’s one router and two extenders) for just $181 during Prime Day—that’s a 35-percent discount. Act fast: The deal ends tonight at 11:59 p.m. Pacific as Prime Day comes to a close.

Eero says this system can blanket up to a 5,000-square-foot home with Wi-Fi speeds up to 500Mbps, while eliminating problems like dead spots and buffering, even with several devices streaming 4K video (the system can support more than 75 wireless clients). For smart-home buffs, the Eero 6 functions as a Zigbee smart home hub, and since Bluetooth LE and Thread radios are inside, too, the Eero will be able to take full advantage of the new Matter smart home standard when that rolls out later in 2021.