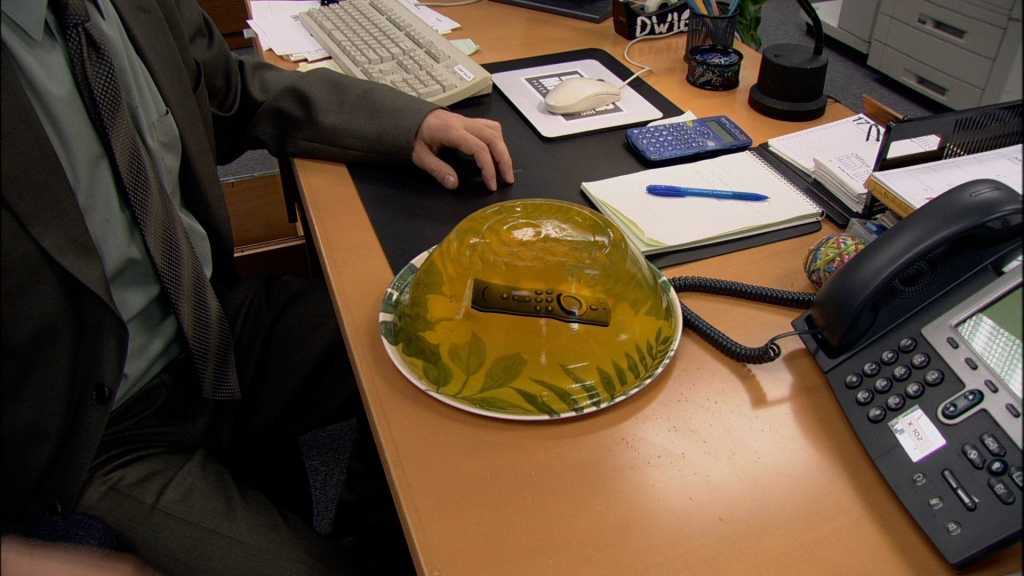 It looks like one of the longest stalemates in the streaming world may soon be over, with the official Twitter feed for Amazon Fire TV teasing an announcement tomorrow with an image that appears to have been snapped in a certain Scranton office park.

“Tomorrow’s announcement is NOT a prank,” reads the tweet from the Fire TV feed, which was first spotted by AFTVnews. Attached to the tweet: a Jello mold with a Fire TV remote floating inside, sitting on what appears to be the desk of a certain Dwight Schrute from NBC’s The Office.

Replying to the tweet was none other than Peacock’s official Twitter feed, complete with a GIF of Dwight’s grinning nemesis, Jim Halpert.

Peacock is, of course, the streaming service of NBCUniversal, as well as the last major holdout when it comes to Amazon’s Fire TV platform.

So, do the not-so-cryptic tweets mean that the Peacock app is finally coming to Fire TV devices? Good question. A Peacock rep had no comment but added that we will hear “more soon.” We’ve also reached out to Amazon.

Amazon and NBCU have been in a standoff over Peacock since the app launched last year, reportedly over how the service would be distributed on Fire TV devices. Word had it that Amazon wanted users to sign up for Peacock over its Prime Video Channels store, while NBCU wanted viewers to subscribe through the app itself.

In the meantime, impatient Fire TV users went ahead and sideloaded the Peacock app onto their devices, and Peacock’s own media team even began suggesting the workaround.

We’ll keep our eyes peeled for any announcements from Dunder Mifflin.