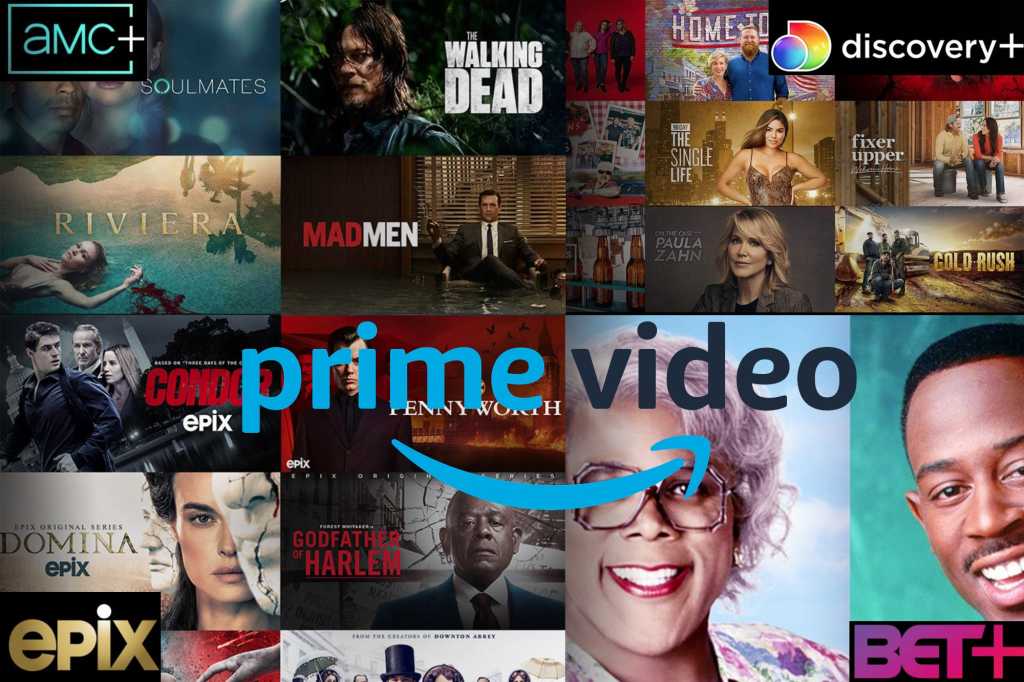 Amazon Prime members don’t need to wait for Prime Day to score some great deals on streaming channels. They can sign up for two months of AMC+, BET+, Discovery+, Epix, and/or Motor Trend for just 99 cents each. The services will renew at their usual prices after the two-month trial if you don’t cancel, but you’ll need to act fast: These deals expire on June 22.

Sign up for AMC+ to catch shows like The Walking Dead, Mad Men, Spy City, and Kevin can F*ck Himself, featuring Annie Murphy in her first starring role since playing Alexis Rose on Schitt’s Creek. AMC+ also offers a great collection of new and classic horror films via Shudder, including Yeon Sang-ho’s fantastic zombie movie Train to Busan: Peninsula, the standalone sequel to Train to Busan. AMC+ also incorporates entertainment from BBC America, Sundance Now, and IFC Films Unlimited. Everything is presented without commercial interruptions. After your trial subscription, you’ll pay $8.99 per month until you cancel the service.

BET+ is operated by Tyler Perry Studios and the BET Networks unit of ViacomCBS. The channel is dedicated to Black culture and offers original films and television series from the BET program library and programming from director and producer Tyler Perry. As such, you’ll find Perry’s entire oeuvre here (not just the Madea movies); plus, original series like The First Wives Club, starring Michelle Buteau, Jill Scott, and Ryan Michelle Bathe; and Dark Money, with Babou Ceesay and Jill Halfpenny. The service is ad-free and will cost $8.99 per month after your two-month trial ends.

A Discovery+ subscription will get you access to the hundreds of shows—most reality series and documentaries—that are otherwise available only with a cable or satellite TV subscription. Discovery+ rolls up the programming available on Discovery, Food Network, Animal Planet, Trvl Channel, DIY Network,  HGTV (home and gardening), and more. If you enjoy TV series like Gold Rush, Most Dangerous Catch, Property Brothers, or Guy’s Grocery Games, this is the channel for you. This is the ad-free version of Discovery+, so you’ll pay $6.99 per month after your free trial.

Epix has long been known for offering Hollywood movies on demand, but this streaming channel also produces some great original series, documentaries, and stand-up comedy specials. Some of the best movies currently on offer include the sci-fi thinkpiece Arrival, starring Amy Adams; the latest film in the nutty Keanu Reeves Bill & Ted franchise, Bill & Ted Face the Music; and the kids’ favorite, Sonic the Hedgehog. High-quality original series include The Godfather of Harlem, starring Forrest Whitaker; Pennyworth, the DC Comics origin story of Batman’s famous butler; and War of the Worlds, a take on the H. G. Wells classic novel, starring Gabriel Byrne. After your two-month trial, a subscription to Epix will cost $5.99 per month.

Finally, Motor Trend Network is a television network for automotive racing enthusiasts, streaming events such as The 24 Hours of Le Mans and the Dakar Rally that you won’t find on cable. The channel also offers reality series such as Top Gear America and Wide Open Throttle, plus coverage of car events like the Pebble Beach Concours d’Elegance. And everything is ad free. Motor Trend Network costs $4.99 per month after the trial ends.

If you’re looking for great content to binge on the cheap, you could sign up for all of these channels, watch as much as you can during the two-month trials, and spend less than $10 in total. There is no obligation to continue any of the subscriptions after that, but don’t forget to cancel if you don’t want to continue them.