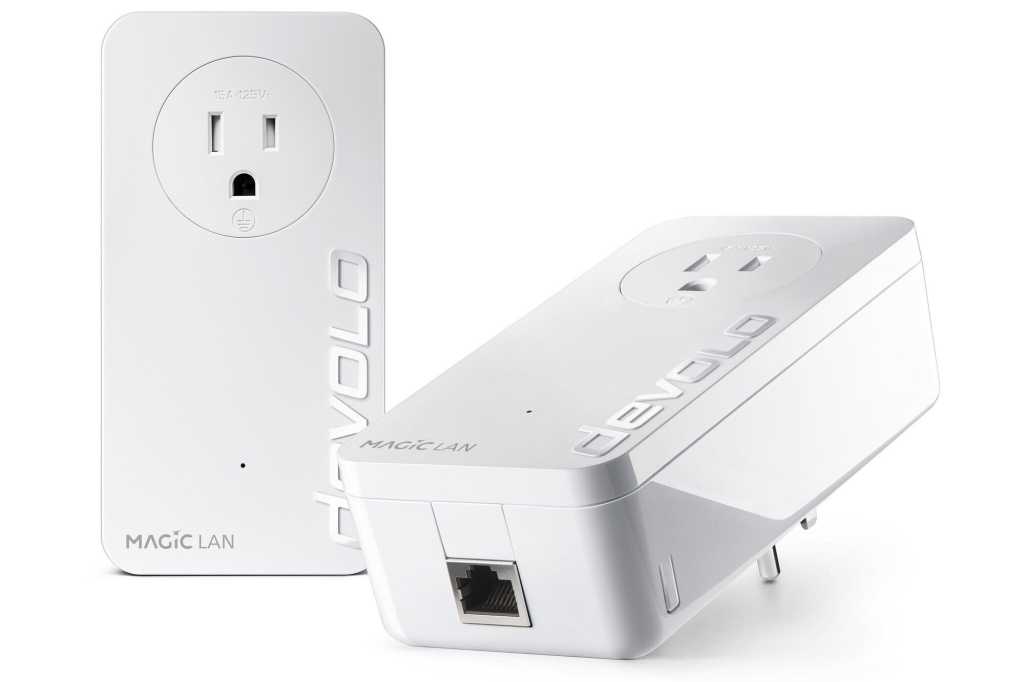 German manufacturer Devolo wants to reintroduce U.S. consumers to powerline networking. But it’s not using the HomePlug AV2 standard you might be familiar with from 10 years ago. Devolo’s Magic 2 series of products is based on the ITU G.hn standard that’s more widely popular in Europe. Devolo is also launching a series of hybrid devices that use both powerline networking and mesh Wi-Fi to blanket a home with coverage.

The basic technology isn’t radically different from HomePlug: You’ll plug one component into an outlet near your router and connect the two using an ethernet cable. You’ll plug a second and subsequent adapters into any other outlets in your home where you need network coverage. The one component connected to your router can support up to eight adapters. Depending on which kit you buy, the second and subsequent adapters will have one, two, or three gigabit ethernet ports for hardwired connections, and some will also function as Wi-Fi 5 (802.11ac) access points in a mesh network. 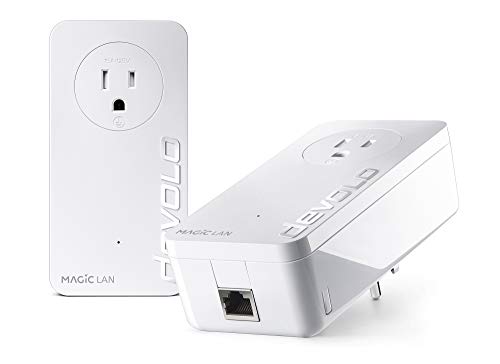 The primary advantage of any powerline networking technology is that it takes advantage of the wiring that’s already inside your walls. Rather than drill holes, pull cable, and install new connections to accommodate ethernet, you simply plug boxes into your electrical outlets and the same wires that carry power now also carry data packets. Devolo says the G.hn Wave 2 standard can deliver wired data transfer speeds up to 2Gbps.

When it works, it’s great. But in my earlier experiences with HomePlug technology, I encountered problems where the electrical outlets on AFCI circuits, which are typically required in bedrooms with newer construction, drastically reduced the bandwidth that the powerline devices could otherwise deliver. Devolo says the G.hn standard it uses is not subject to the same problems when installed on AFCI circuits. No newcomer to the market, Devolo says it has sold 44 million powerline communication devices worldwide.

On the Wi-Fi side, each of Devolo’s new products support Wi-Fi 5 and nearly all the latest Wi-Fi features: MU-MIMO, beamforming, access-point steering, band steering, and client steering. The company says it didn’t move to Wi-Fi 6 (aka 802.11ax) or Wi-Fi 6e (which taps newly available 6GHz wireless spectrum) because it wanted to keep the cost of the product down. If you’re not familiar with all that terminology, skip to this section and I’ll provide brief explanations. If you don’t need the primer, these are the products that Devolo has started shipping:

The Devolo Magic 2 WiFi Next starter kit, $179.99, includes one adapter that you’ll connect to your router and one client adapter with a single gigabit ethernet port and a Wi-Fi 5 (802.11ac) access point. Additional adapters with Wi-Fi access points and dual gigabit ethernet ports are priced at $119.99 each. For larger and multi-level homes, Devolo offers a “whole home kit” with two Wi-Fi client adapters for $289.99.

Need to brush up on your Wi-Fi networking terminology? These brief definitions will help you understand the features in Devolo’s new powerline networking products.

Memory refreshed? Click here to go back to where you left off.