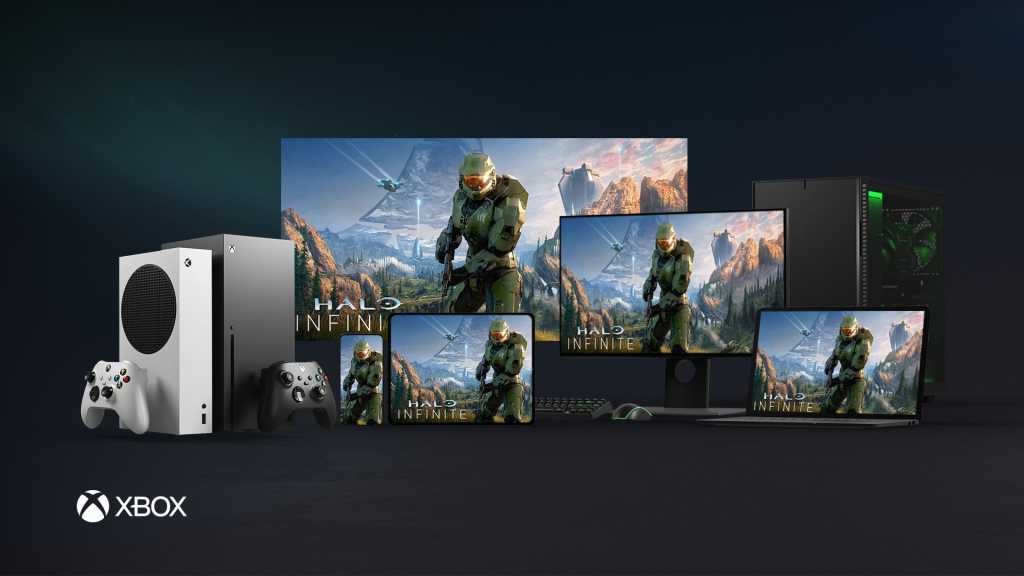 You’ve always thought of an Xbox console as, well, a console. But Microsoft said Thursday that as it pushes Xbox gaming into the cloud, you’ll see something entirely new: smart TVs with the ability to play Xbox games, and new Xbox streaming hardware, too.

Microsoft isn’t saying which TV makers it’s working with, or when these devices will launch. Nor is it saying what the streaming hardware will be called, when it will launch, what will be inside it, or whether the company will even open up its streaming hardware to third-party manufacturers. What it’s doing, though, represents the natural intersection of the Xbox and the cloud at Microsoft, especially the cloud gaming portion of its subscription service, Xbox Game Pass.

Cloud gaming within Xbox Game Pass began in September 2019, with Project xCloud. Microsoft began testing xCloud, its cloud-gaming service, rolling out a public beta soon after. (PCWorld performed its first hands-on with xCloud at that time.) If you’re gaming on an Xbox console, you use an Xbox controller to interact with the game running on an Xbox console in front of you, that you own. With cloud gaming, the Xbox sits in a Microsoft datacenter, and you interact with it via the internet, rather than a Bluetooth connection. You don’t own the Xbox; you “rent” it via a Microsoft subscription.

Microsoft has about 18 million members who have enrolled in Xbox Game Pass, its basic $9.99/mo subscription service. An undisclosed number of those have signed up for Game Pass Ultimate ($14.99/mo), the service that unlocks Xbox cloud gaming and its 100 cloud-enabled games. (Xbox Game Pass Ultimate is available to try for $1Remove non-product link.) Microsoft itself owns 23 game studios and has said it hopes to add one of its own games into the services each quarter.

Essentially, Microsoft plans to offer Xbox cloud gaming as a smart TV app, potentially sitting alongside Netflix and Disney+. As long as you have an Xbox controller and an active subscription, you’ll be able to play Xbox games on either the TV or Microsoft’s streaming hardware—with no need to buy an Xbox. Xbox cloud gaming is already available as an Android app for phones and even Chromebooks, and Microsoft said Thursday that Xbox cloud gaming via the web will be generally available to Microsoft Edge, Google Chrome, and even Apple Safari browsers in the next few weeks. (That will allow Apple iPhone owners access, too.) With global shortages of game consoles and GPUs in general, this could be great news for gamers.

Some may wonder why a company that produces Microsoft Excel and Visual Studio might have committed so fully to gaming. In response, Microsoft executives note that its first game, the original Flight Simulator, was actually released before Windows. Cloud gaming is simply the next step in gaming’s evolution, according to Microsoft.

“As a company, Microsoft’s all-in on gaming,” Satya Nadella, the chief executive of Microsoft, said in a pre-recorded video released Thursday. “We believe we can play a leading role in democratizing gaming and defining that future of interactive entertainment, quite frankly, at scale.”

Scale, at Microsoft, means Microsoft’s Azure cloud, made up of tens of thousands of servers housed together at datacenters around the world. Now, Microsoft is busy adding its latest powerful Xbox Series X consoles to those data centers to support Xbox Game Pass cloud gaming, executives said. Cloud gaming through Xbox Game Pass Ultimate is already available in 41 countries, and will launch in Australia, Brazil, Mexico, and Japan later this year, Microsoft said. (The latter is important for two reasons; first, Xbox has always struggled to compete against Sony’s PlayStation in Japan; second, Japan’s high-speed cellular networks will allow mobile gamers easy access to Xbox games.)

You also need to understand that Microsoft has always explored the duality of what it calls “on prem” and cloud services.  Put another way, Microsoft doesn’t care where the services you access actually run. Microsoft 365’s Office apps can be loaded onto a PC, but they also run on the web. And, as a corporation, Microsoft loves subscriptions, whether it be to Microsoft 365 (formerly Microsoft Office), OneDrive storage, or GitHub.

If there’s any issue with cloud gaming, it’s that latency will still play a role. The “lag” that occurs as you flick the controller’s stick, and as that information is sent up to Microsoft’s cloud—and then down again, with the results shown on the screen—takes time. Cloud gaming typically requires a broadband connection, and a responsive one at that. Microsoft executives think they’ve solved that problem with its Azure data centers scattered all over the world. Azure is also part and parcel of many games, period—the new Flight Simulator, for example, pulls real-time flight and weather information and inserts it into your game. Otherwise, a console or a gaming PC will offer a better overall experience—if you can get one.

Microsoft does have some plans for that, widening its Xbox leasing program, called Xbox All AccessRemove non-product link, with telecommunications providers like Australia’s Telstra. The company also said that it’s developing new subscription offerings for Xbox Game Pass, so more players around the world can experience the most immersive and fun games across devices, geographies, and financial realities. Will there be cheaper Game Pass alternatives for smart TV owners and Microsoft’s streaming hardware? Very possibly.

To be fair, we’ve seen Microsoft promise big things with its services before. At one time, Microsoft thought its Cortana smart assistant would be everywhere—but it isn’t. After launching Cortana on the middling Harman/Kardon Invoke and a decent smart thermostat from Johnson Controls, Microsoft severed Cortana’s relationship with both of them and dramatically reeled in its smart assistant.

“We see cloud gaming as an important part of our future and vision for gaming at Microsoft, as we strive to reach 3 billion gamers around the world,” a Microsoft spokesperson said in response. “We believe cloud gaming is additive to console and PC gaming and will ultimately give our fans more choice in how they game.”

“The cloud will allow us to completely remove these barriers to play worldwide,” Phil Spencer, the head of Xbox, said in Microsoft’s video. “Of course, there’s still a place for consoles and PCs, and frankly, there always will be. But through the cloud, we will be able to deliver a robust gaming experience to anyone connected to the Internet, even on the least powerful, least expensive devices.”