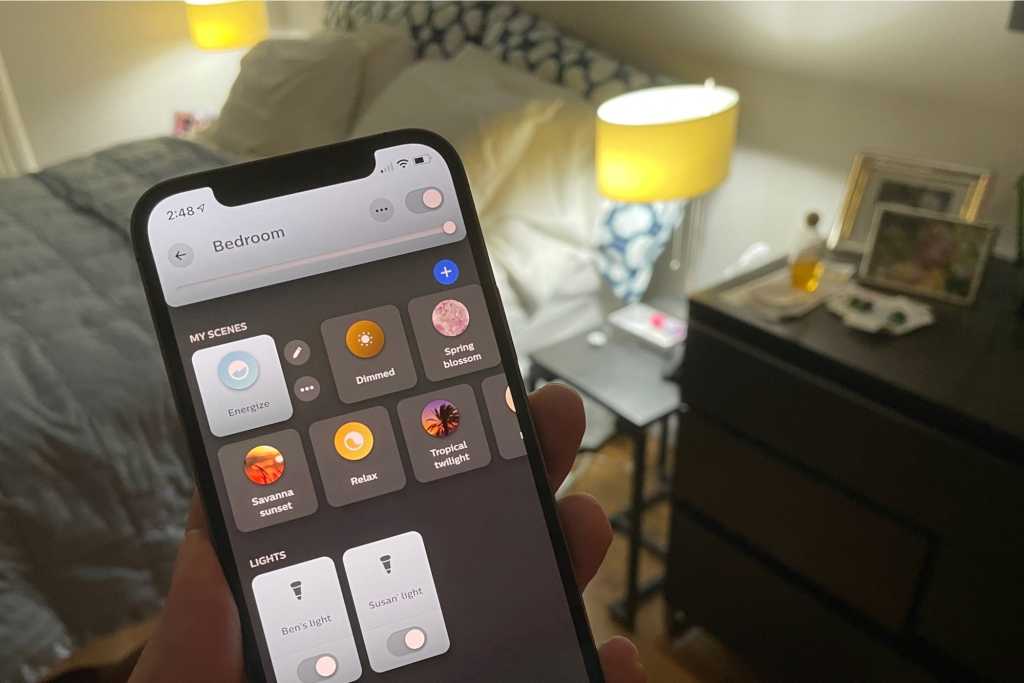 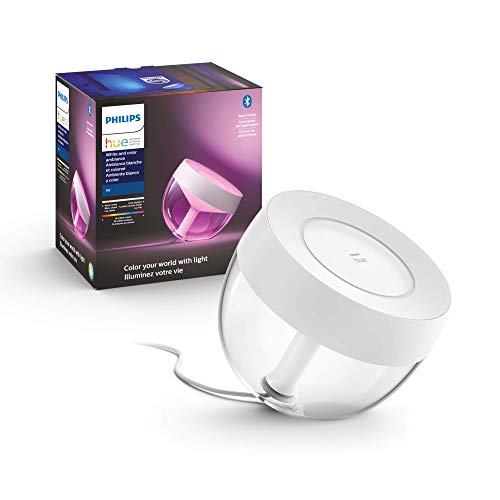 The fourth major version of the Hue app is rolling out now, and while it doesn’t look radically different from version 3.0, it’s been completely rebuilt to deliver faster performance when controlling your lights, while also making it easier to manage rooms, zones, and lighting scenes.

I’ve been tinkering with the redesigned Hue app for several days now, and its improvements become more apparent the longer I use it.

For example, the horizontal room icons in the Home tab now brighten and dim as you adjust the brightness of your lights. Also, rooms and zones (which are groups of lights across different rooms, such as all your upstairs lights) can now be mixed together in the Home tab rather than separated into different categories.

Even better, when you tap on a room tab, you can see both the lights and the available lighting scenes in the room, not just one or the other. You can also add more lights directly from the room tab, or pick new scenes from the Hue scene gallery, which lets you browse through pre-configured light scenes that are instantly previewed as you scroll through them.

Overall, the app feels more responsive when it comes to controlling individual lights. With the older version of the Hue app, there was often a brief delay when, for example, you adjusted a bulb’s brightness, or changed its color temperature. Now, the response feels virtually instantaneous. (For its part, Philips Hue says it’s “beefed up” the app’s communication with the Hue Bridge.)

Among the biggest improvements in the Hue app are the changes to routines, which (as I previously mentioned) are now called “Automations”—and yes, your old routines will be migrated over to the new app.

For starters, you can now view your grouped automations (such as Wake up, Go to Sleep, Coming home, Leaving home, and Custom) from the main Automations screen using a drop-down menu, where you’ll also find on-off toggles.

Automations are now easier to create. For example, when you set up a Wake up automation, the app helpfully defaults to a weekday schedule starting at 7 in the morning. The whole process of picking which rooms or lights to include has been streamlined, complete with drop downs that let you pick and choose individual lights within a room. Also, fade duration and randomize options (for fooling would-be intruders) now appear in more intuitive locations within the setup interface.

Sunrise and sunset automations received some much-needed attention, too.

Besides all the enhancements, the most notable new feature in the revamped Hue app is support for multi-user geofencing, which lets you add multiple location-enabled devices to “coming home” and “leaving home” automations.

That means if you create an automation that turns off all your lights when you leave home, you can set it to trigger only if, for example, both you and your spouse leave your geofenced domicile, not just one of you. Both of you will, of course, need to take your respective phones (with the Hue app installed) with you when you leave.

Finally, you can now arrange Hue lights in an “entertainment area” (which can be controlled by the Hue Play HDMI Sync Box) using a 2.5D isometric interface that allows for setting the height of your lights as well as their relative position.

In total, the new Hue app includes more than 100 improvements and refinements, and is slated to begin rolling out today.

Hue execs also teased one upcoming feature: “dynamic” scenes, which will enable your Hue lights to “slowly transition” through various colors. Look for dynamic scenes to arrive this summer.