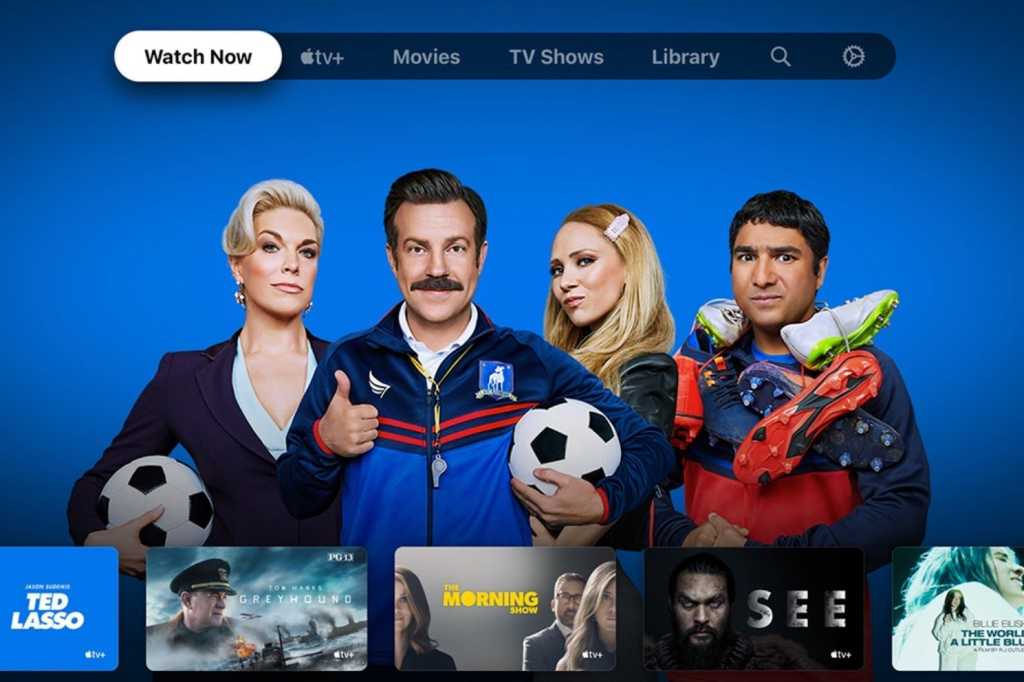 If you’re an Nvidia Shield user who’s been eager to dip into Ted Lasso, For All Mankind, or other Apple TV+ shows, good news: The Apple TV app is now supported on Nvidia’s streaming video players, and it will also work with other Android TV-powered devices.

Available as of today for both the Nvidia Shield and Shield Pro, the Apple TV app includes access to Apple TV+ and Apple’s slate of original programming, including Ted Lasso, The Morning Show, For All Mankind, The Mosquito Coast, Mythic Quest, and Dickenson, along with movies like Cherry, Palmer, and Greyhound.

You can also rent or buy movies on iTunes as well as purchase TV episodes, while Apple TV Channels offers paid access to premium streaming services such as AMC+, Paramount+, and Starz.

The Apple TV app on Nvidia shield players will support both Dolby Vision and Dolby Atmos, not to mention 4K video resolution.

You’ll be able to use Google Assistant to control Apple TV playback on Shield streaming players—so, for example, you could ask the Assistant to search for a specific movie or pause the video.

Besides Nvidia’s Shield devices, the Apple TV app is now available on for “the Android TV OS ecosystem” in general, including Android TV-powered streaming devices from Xiaomi and TCL and Hisense TVs, 9to5Google reports.

The Apple TV app, meanwhile, has been making its way across a variety of third-party devices, including Amazon Fire TV and Roku streaming players (such as the Amazon Fire TV Stick 4K and Roku Express 4K+) , Chromecast with Google TV, and on TVs from LG, Samsung, Sony, and Vizio. Apple TV is also accessible on last- and current-gen PlayStation and Xbox game consoles, including the PlayStation 4 and 5 and the Xbox Series X and Series S.

You can download the Apple TV app from the Google Play store on the Shield, and if you’re new to Apple TV+, you can sign up for a free seven-day trial.

Updated shortly after publication with news that the Apple TV app is now available for all Android TV-powered devices.