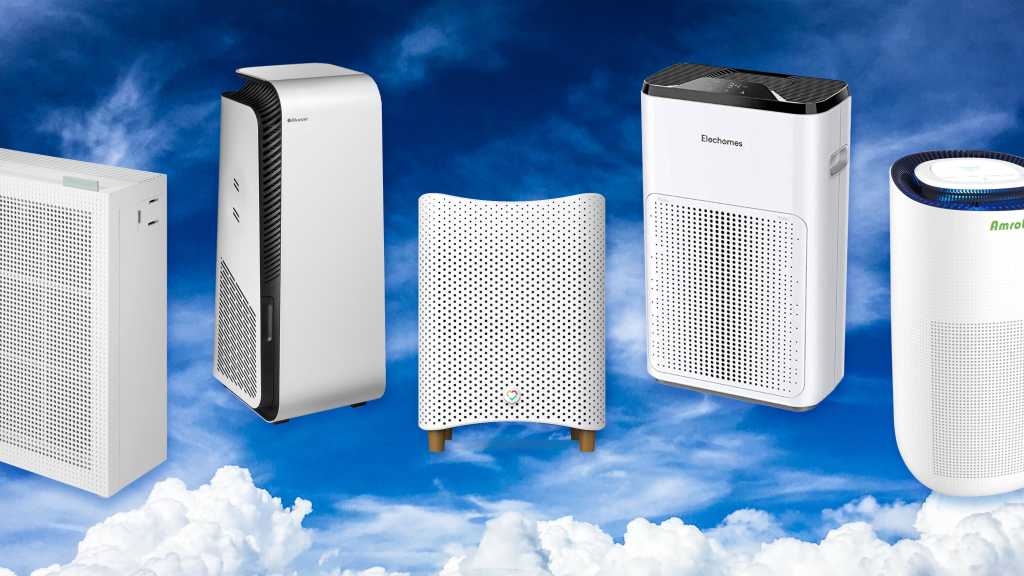 The COVID pandemic—and in much of the country, smoke-filled air caused by rampant wildfires—has renewed interest in a formerly sleepy sector of the gadget universe: the air purifier. For those of us in California, air purifiers have been essential companions in the fall months, helping to rid the unyielding stench of wood smoke from the air while (we hope) protecting our health from the potential damages of inhaling toxic gasses and particles.

Updated April 12, 2022 to add a link to our Clorox Large Room Air Purifier review. This is a Hamilton Beach product, built under license from the famous household cleaning product manufacturer, but we’re happy to report that it lives up to the brand’s name and is a good value.

But do air purifiers do any good? A well-publicized Consumer Reports story from 2003 found that they were not only basically useless, but that many models produced unhealthy levels of ozone instead of removing it. The upshot was that some purifiers could make health conditions like asthma worse, not better. The Sharper Image, whose Ionic Breeze product was the poster child for air purifiers at the time, sued the magazine for libel—and lost—going out of business soon after. The air purifier had suddenly become a pariah.

In recent years, however, the EPA has reported that the typical air quality indoors (where we spend about 90 percent of our time) is much worse than it is outside, with some airborne pollutants two to five times more concentrated in the home than outdoors. These pollutants include combustion byproducts, pet dander, mold, pesticides, ozone, natural gasses like radon, and the all-encompassing category of volatile organic compounds (VOCs), which include everything from formaldehyde to trichloroethylene to chloroform. (These gasses can be 10 times higher indoors than outdoors.)

And none of this stuff is healthy to breathe.

The good news is that air purifiers have come a long way since 2003 (even Consumer Reports is back on board), though there’s still plenty of confusion out there. (Purifier manufacturer Molekule was recently hit with multiple class action lawsuits alleging its devices, which cost up to $1,049, don’t actually do anything.)

Do air purifiers protect you? The experts (including the EPA) say that HEPA (High Efficiency Particulate Air) filters are effective at reducing airborne contaminants of all types—including viruses—but are careful to note that on their own they are not enough to protect you from viruses and bacteria, and that you should still be practicing the standard battery of safeguards even if you have a great purifier on hand. That said, a purifier won’t hurt, and they are also effective at reducing (but not eliminating) indoor pollution.

At TechHive, we generally focus our air purifier coverage on smart devices; models that have some level of app support and wireless connectivity. While we don’t have the facilities to scientifically test the pollution-reduction claims of each purifier, we do report on the manufacturers’ specifications on that front, and you’ll find some guidance regarding those claims in our “what to look for” section, below.

These are our top picks in this space: 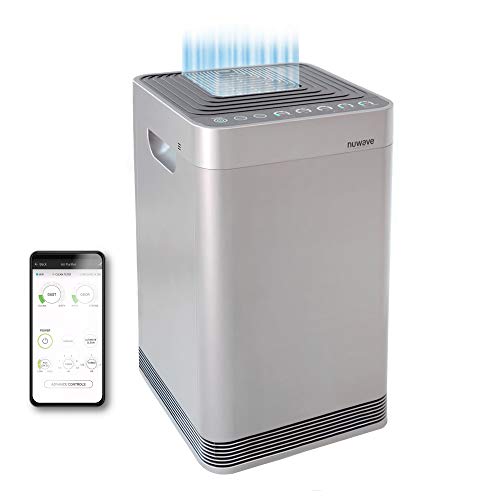 This infomercial staple is a monster at 27 pounds and more than two feet in height, and while it won’t win any design awards, it gets the job done. Its CADR ratings of 332 to 369 are untouchable, and its battery of four filters are indeed effective at scrubbing the air clean of anything in short order. Even a lunchtime fish fry is no match for the OxyPure, which leaves the kitchen smelling as fresh as cleaning day in a matter of minutes. If the OxyPure has a downfall, it’s its app, which is simply a recreation of its onboard controls and lacks a scheduling system or any kind of pollutant monitoring view. That said, when I want my air cleaned up and I want it cleaned up fast, this is my go-to purifier. 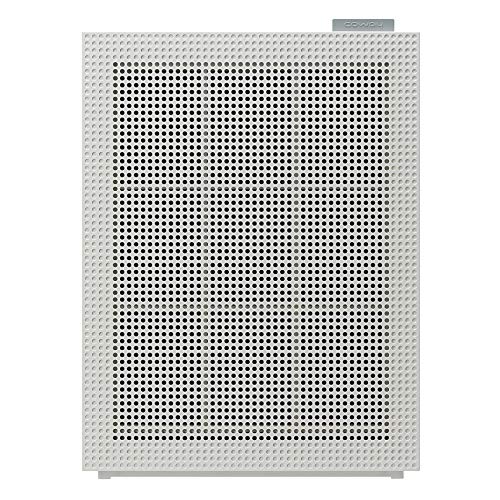 At less than a third the price of the NuWave OxyPure, the Coway Airmega 150 is the perfect device to clean smaller spaces, with a HEPA H13 filter and a separate deodorizer to scrub offending smells out of the air. Its CADR ratings of 138 to 219 are competitive with more expensive filters like the Mila, but the petite, 12-pound device won’t make much of a dent on your décor. The only catch? There’s no app control whatsoever, so smart home enthusiasts will find this solution wanting. Still, it’s an excellent value for its capabilities.

What to look for in an air purifier

Outside of our commentary on the smart features of these purifiers that you’ll find in our individual reviews, here’s a guide to some of the key operational features in the category. You might also want to check out our buyers’ guide to stand-alone air-quality monitors, which can keep you informed of the quality of air inside your home. Since most air purifiers are best deployed in a single room, you can easily move a less-expensive air quality monitor from room to room to track the quality of all the indoor air you breathe. 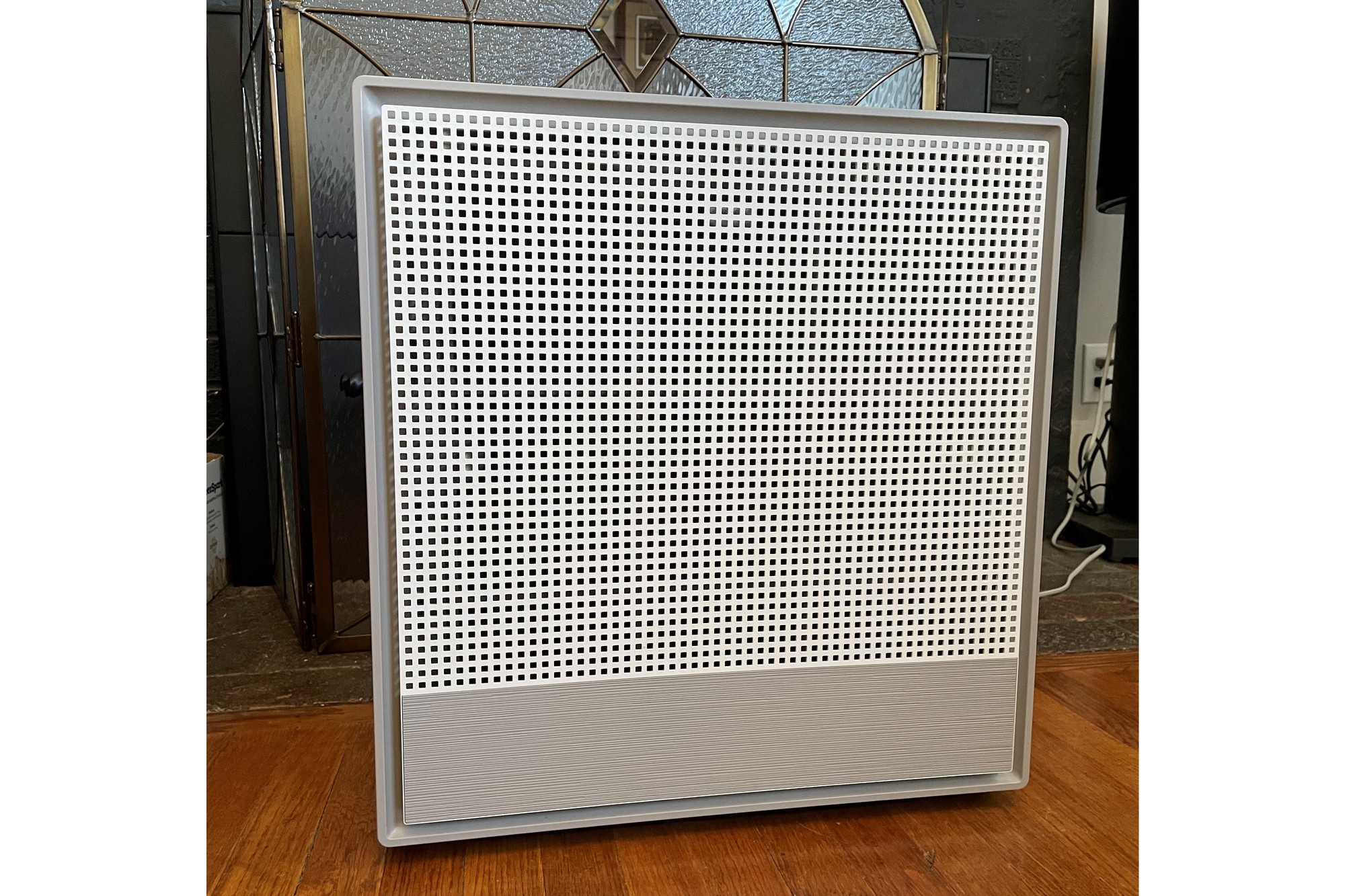 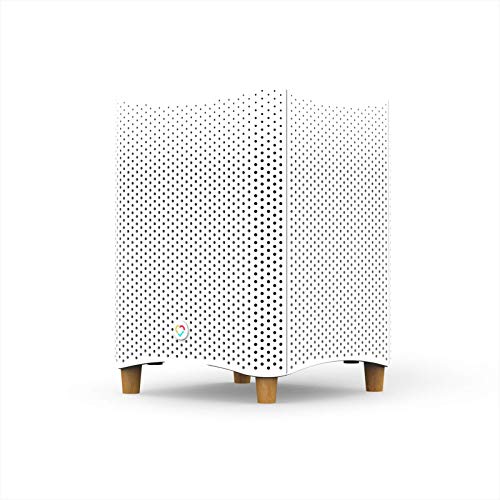 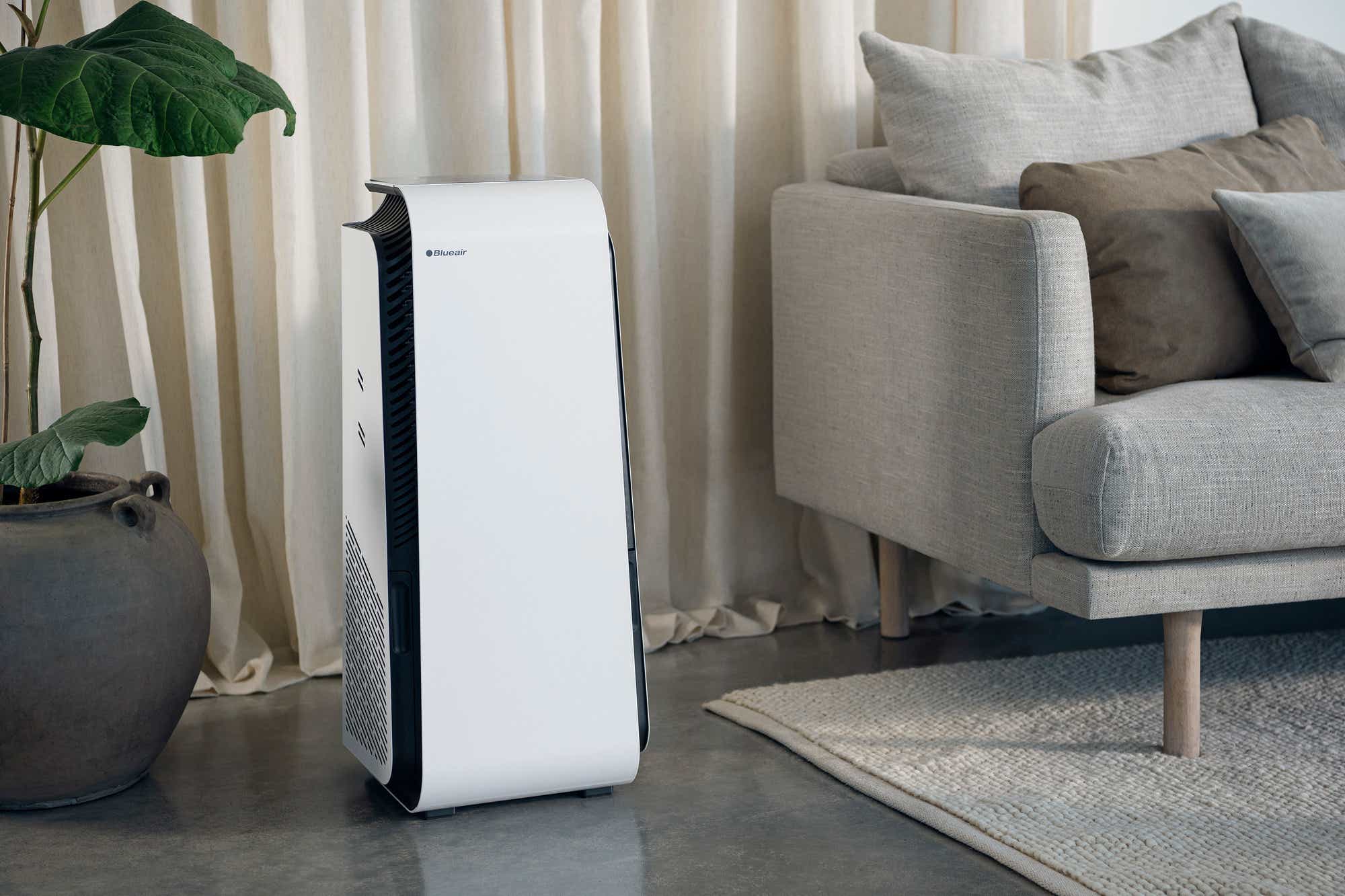 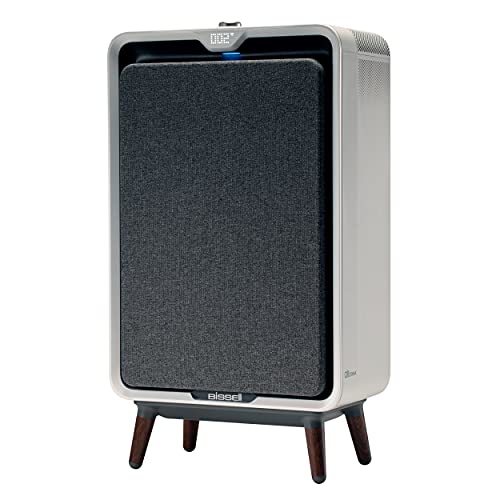 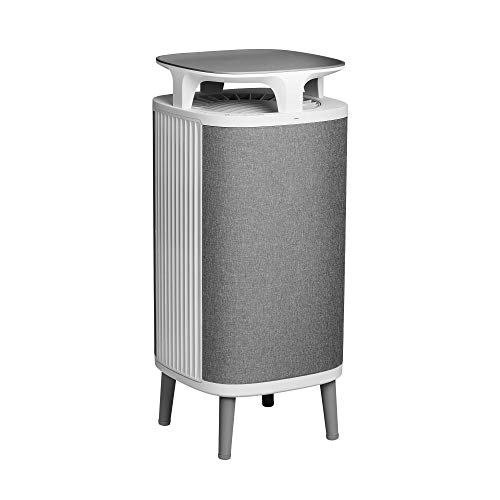 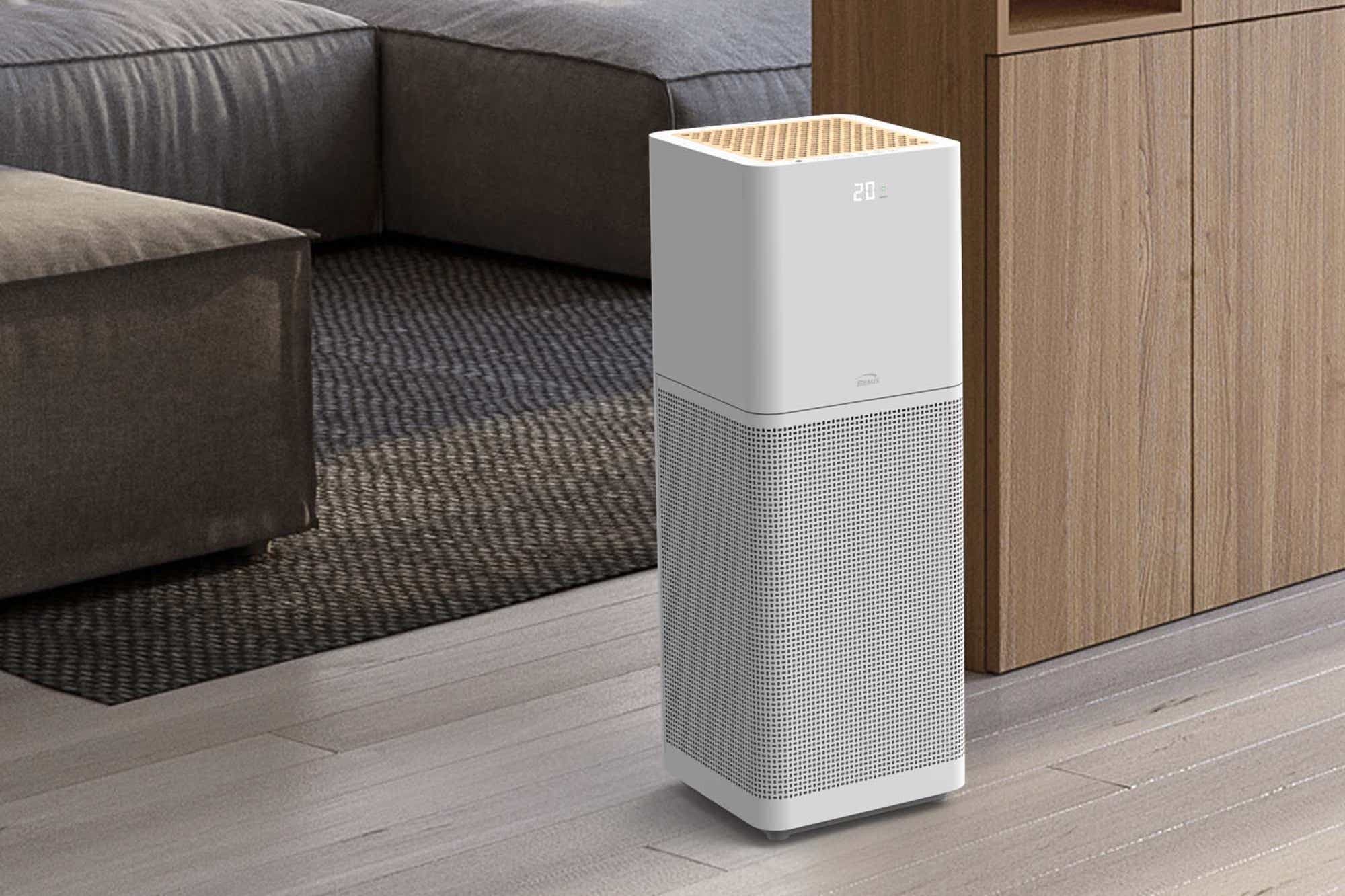 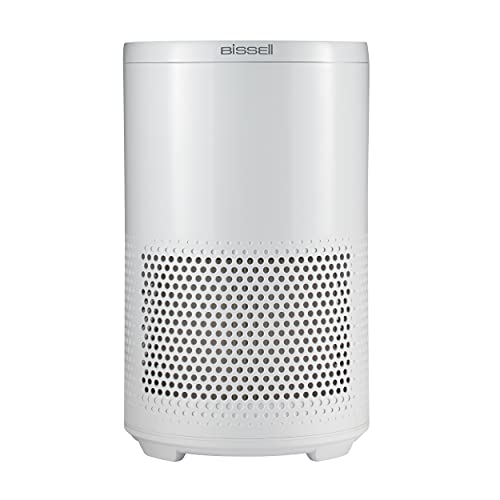 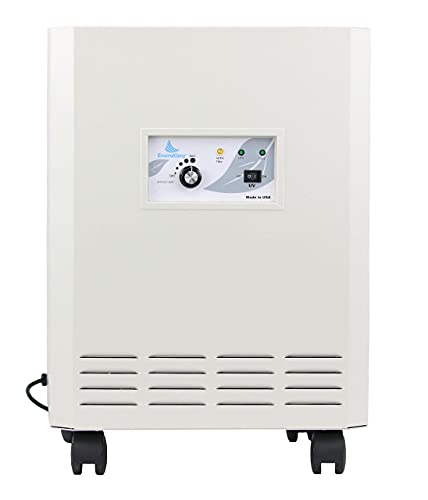 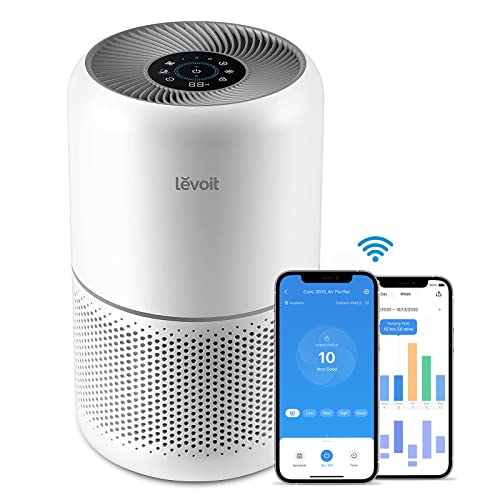