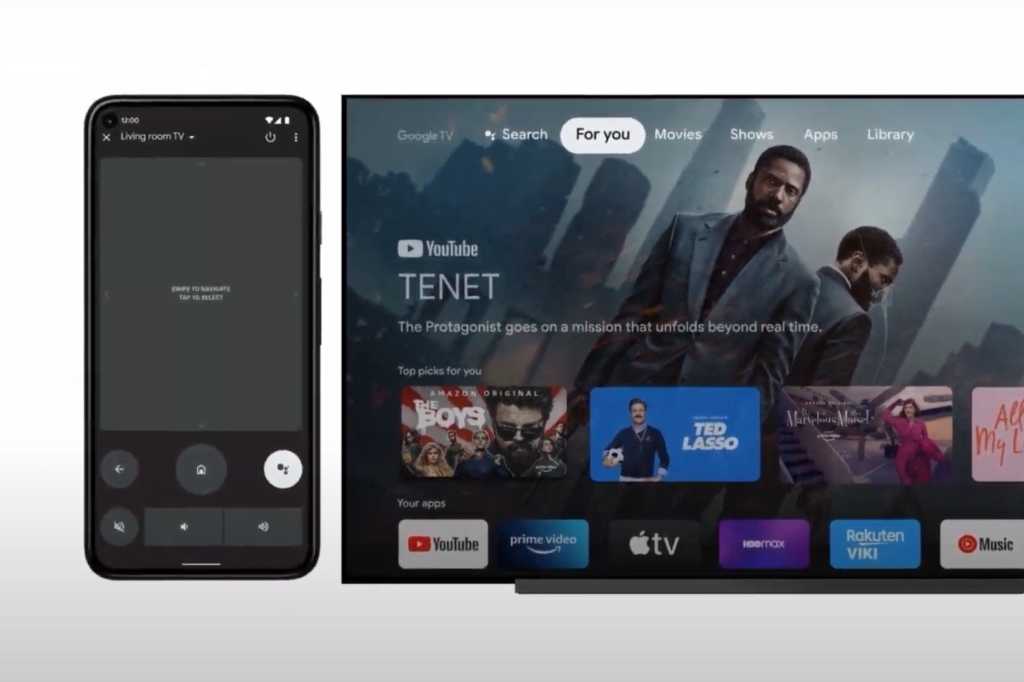 During its I/O conference on Tuesday, Google execs demonstrated the upcoming on-screen remote for Android phones, which lets you browse the Android TV interface by tapping and swiping.

A welcome replacement for the aging Android TV remote app on the Google Play store, the integrated Android remote interface has buttons for adjusting volume, mute, back, and home, while an additional button lets you summon Google Assistant.

At the top of the interface is a power button, while a pull-down menu will select different Android TV devices in your household. There’s also a three-dot “overflow” menu, but Google didn’t reveal its functionality during the keynote.

The new TV controls for Android will let you search for movies, TV shows, and other programming via voice or by typing on your phone’s keyboard. You’ll also be able to use the keyboard for typing in account passwords and other text.

Android’s upcoming TV controls will work “out of the box” with “the more than 80 million” Android TV OS devices, including Chromecast with Google TV, a Google exec said.

iPhone and iPad users have, of course, long been able to take charge of their Apple TV boxes using a TV remote built into iOS and iPadOS, and indeed, the iOS remote looks remarkably similar to the upcoming Android remote, particularly when it comes to the swipeable navigation pad.

Curiously, while the iOS TV remote has a play/pause button but no volume controls (which you can access on the pull-down AirPlay overlay), the render of the Android remote shown during the I/O keynote has volume controls but no obvious playback controls.

Of course, we’ve yet to really see the built-in Android remote in action, and much could change between now and the final release, slated for “later this year.”