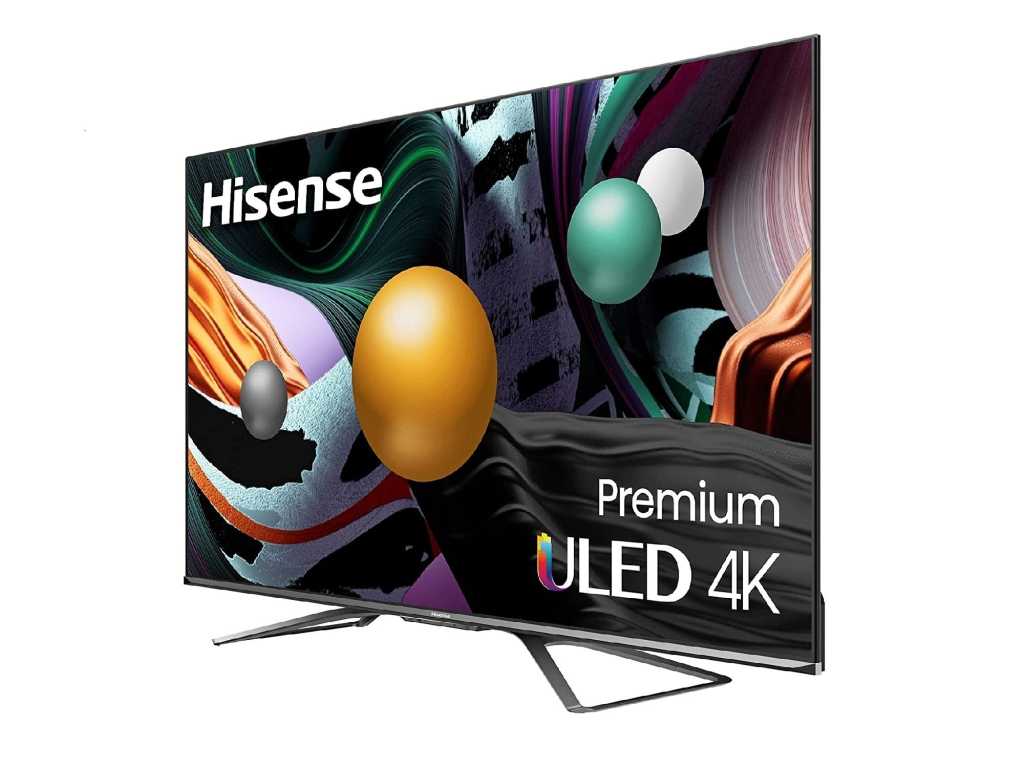 The U8G is a great TV for the price, with excellent color, brightness, and image processing; plus, eARC support and a 120Hz refresh rate for gaming. Its traditional backlight is its one weakness; it just doesn’t deliver the blacks we’ve seen from TV’s using mini-LED backlights.

The technology inside is first rate, but Hisense doesn’t abandon legacy users. There are four HDMI ports, one of which supports eARC (enhanced Audio Return Channel), and another that supports a 120Hz refresh rate for gaming consoles and the like. Along that line, there’s also a Gaming Pro mode that supports features such as HDMI 2.1’s variable refresh rate and Freesync. The other two HDMI ports are straight HDMI 2.0.

The rest of the ports include two USB (one 2.0, one 3.0), coax for antenna or cable/satellite use, ethernet, optical S/PDIF, 3.5mm headphone, as well two other 3.5mm jacks. One of these is for RS-232C (system integration), and the other supports composite video and analog audio. Hisense includes the adapter cable needed to use the latter. 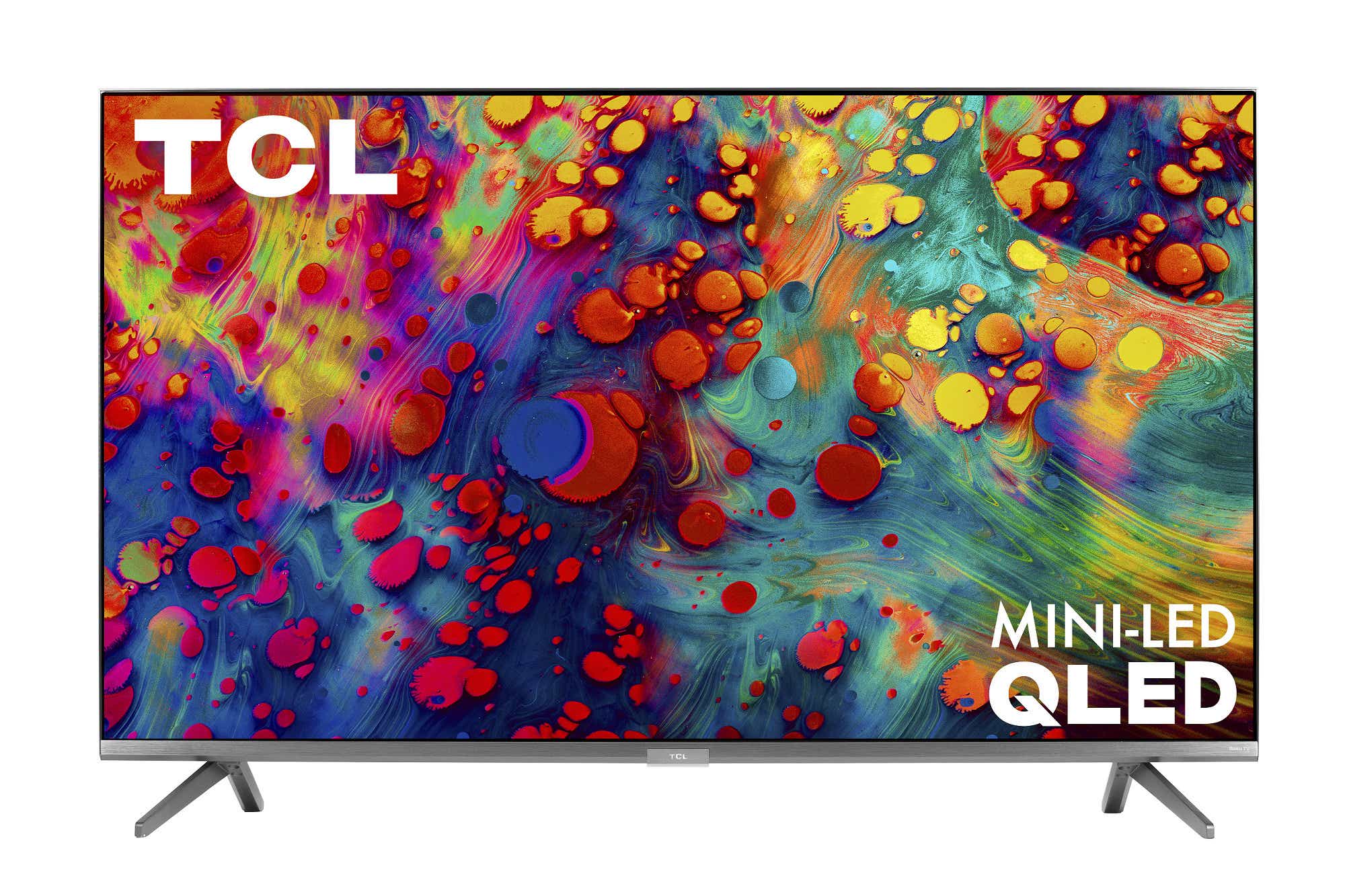 Wi-Fi 5 (802.11ac) and Bluetooth 4 are on board, and the Bluetooth supports audio devices. I point this out, because rival Roku TVs do not. Hisense actually takes wireless audio support even further, providing support for WiSA (the Wireless Speaker & Audio standard).

The one area where Hisense might have missed a bet was with the array backlighting. It’s very good, but after recent experiences with mini-LED backlighting—I miss the deeper black. More on that in the performance section.

On the other hand, Hisense has pulled out all the stops on HDR. The U8G-series not only supports HDR10, but also Dolby Vision, HLG, and even Samsung’s HDR10+. That’s the way it should be done, folks.

Other features include support for Dolby Atmos immersive audio; a far-field mic, so you don’t need the remote to summon your choice of Google Assistant or Amazon Alexa; a filmmaker mode; as well as IMAX Enhanced mode (with DTS audio), for that brand of content.

Okay, the U8G-series’ remote isn’t anything to write home about in terms of looks or feel (it’s a bit plastic-y), but it gets the job done, and there’s a nice synergy with the Android TV user interface. There’s a built-in mic for controlling the various digital assistants on board if you haven’t grown weary of that technology.

My biggest complaint is that the advertising shortcut buttons are too numerous and too close to the transport buttons. Yes, I wound up in Netflix once when I meant to rewind a video. I was not happy. I’d like to know how much coin content providers fork over to put their name on buttons.

Android TV has some major advantages in terms of the available apps and content in general. I also find it much easier to use these days compared to a couple of years ago, although Roku does a much better job of taking you back to where you left off.

The U8G renders a very nice image. It had, unfortunately, the bad luck to arrive on the heels of Samsung’s QN90A and TCL’s 6-Series, both of which have mini-LED backlights. The U8G is a great TV, but mini-LED, with it’s closer-to-OLED black, is a tough act to follow. That said, Hisense’s image processing is the equal or better of either of those TVs.

Color was spot on, as you’d expect from a TV featuring quantum dots, and the U8G performed quite a bit better in the Spears & Musil tests than its aforementioned rivals. There was very little moiré and shimmer in detailed pans, and motion handling was top-notch, as were screen uniformity and peak brightness.

Off-axis viewing was quite good to about 45 degrees, and there was excellent pop in HDR content. You’ll love the U8G with just about any real-world material.

The Hisense U8G is an excellent TV for the price, but it faces tough competition in TCL’s 6-series, which was $250 cheaper for the 55-inch SKU at the time of this writing. The 55-inch Samsung QN90A, meanwhile, goes for almost $750 more than the 55-inch U8G, so I don’t really consider that a fair comparison.

At this price point, go for the U8G if you want Android TV, smooth processing, fast 120Hz gaming, and Bluetooth/WiSA audio. Go for the 2020-model-year TCL 6-series if your needs are more mundane, you want the Roku OS and blacker blacks.