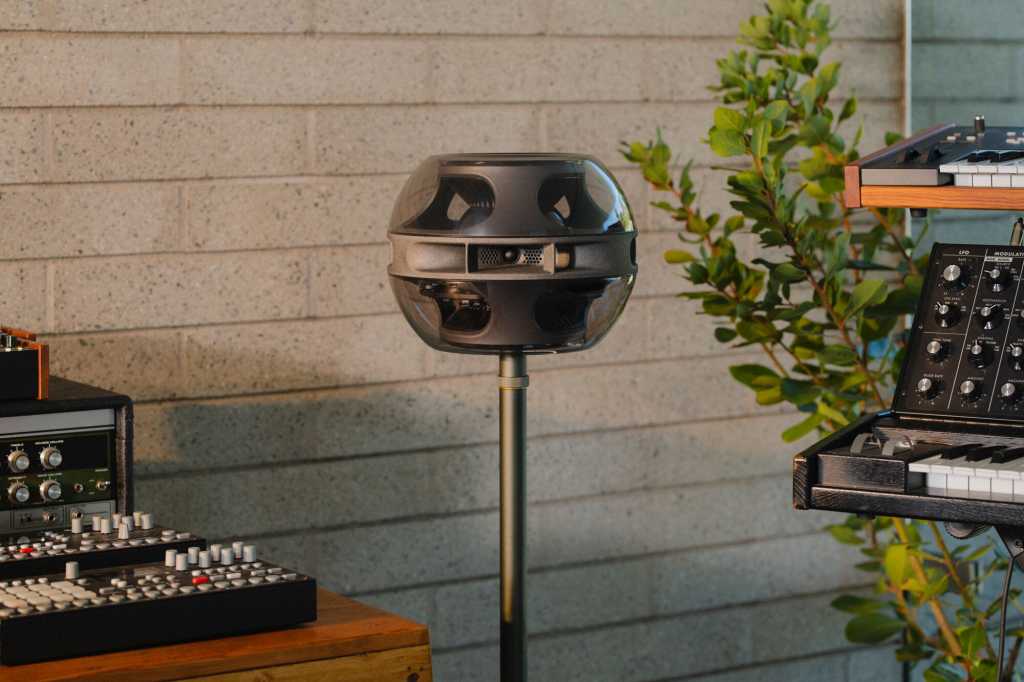 Room-filling, immersive sound from a single speaker is all the rage these days; examples include the Amazon Echo Studio and Sony SRS-RA5000. A new player in this space surfaced last week: the Syng Cell Alpha. Designed by Christopher Stringer, who previously worked on the designs of many iconic Apple products for more than two decades, the Syng Cell Alpha combines sophisticated technology and an ultra-cool appearance to make a bold audible and visual statement.

Update: TechHive contributor Scott Wilkinson has since been given the opportunity to hear the Syng Cell Alpha speaker for himself. You can read his in-depth first impressions at this link.

A clear-plastic, sealed, dual-truncated spheroidal enclosure sitting atop a single-pole stand reveals the innards of this innovative speaker. Perhaps most apparent are two force-cancelling, 6.5-inch woofers with flat, carbon-fiber composite diaphragms. The downward-facing woofer has a hole in the center to accommodate the stand, and a second surround allows the diaphragm to vibrate freely along the pole.

Arrayed around the equator of the spheroid are three coaxial drivers, each with a 3-inch inverted-dome midrange and a 0.75-inch silk-dome tweeter. Each coaxial driver is mounted in a specially designed horn and placed at an angle of 120° from each other in a structure called a Triphone. Amazingly, the overall frequency response is specified to extend all the way from 30Hz to 20kHz (±3 dB).

Rounding out the basic internal components is a set of Class D power amplifiers, one for each driver (Syng does not disclose power specs for the amps), and a sophisticated DSP that supports a key feature called Triphonic Audio. Syng describes this feature as an object-based sonic architecture that offers full control with precise placement and localization.

According to Syng, “You can put sound wherever you want, shrink it, move it, magnify it, and layer it. Or let the Cell handle everything—with Triphonic audio, it’s able to virtualize any speaker array and accurately spatialize sound for your room.”

When I asked the company to provide a few more technical details, here’s what I got: “The Cell optimizes the sound in the room by figuring out acoustical problems. It detects the exact location of nearby walls and room corners and uses that information to rotate the soundfield towards the center of the room. In a multi-Cell system, each Cell detects the distance and angle of the other Cells in the system to optimize the Triphonic rendering,” which includes adjusting the levels, delays, and soundfield orientation of the system. In addition, it uses equalization to compensate for low-frequency room modes. 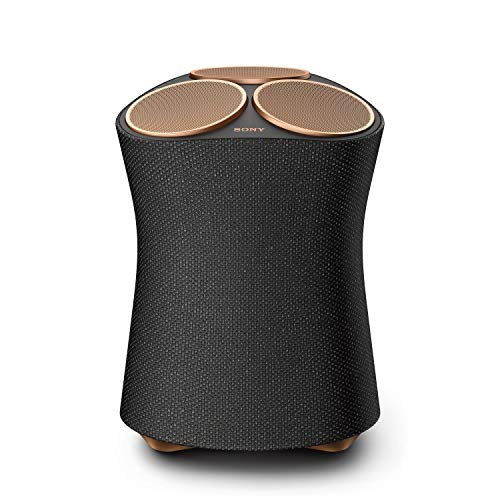 All of this is made possible with three beamforming microphones that provide the data required for the DSP to perform automatic room equalization, wall proximity and direction detection, and multi-Cell geometry calculation. The Triphone drivers then utilize their own beamforming to adjust the soundfield.

The Syng Space app, currently available only for iOS but expected for Android this summer, lets you set up the speaker and control the soundfield’s shape and size as well as other playback parameters. There’s also a control ring on the stand that provides volume and transport control.

Connection is primarily wireless using simultaneous dual-band 2.4/5GHz Wi-Fi (802/11a/b/g/n/ac), with support for AirPlay 2 and Spotify Connect. There is no Bluetooth audio, though Bluetooth LE is used for setup, discovery, and tracking of Cells. The speaker also has two USB-C audio inputs as well as an HDMI eARC input to be used with a proprietary Sync Link cable that will be available in the fall.

The Syng Cell Alpha is scheduled to ship this summer; you can learn more and place your preorder at the company’s website. Be forewarned: It ain’t cheap. With the tabletop stand, a single Cell Alpha will set you back $1,799, and if you opt for the height-adjustable floor stand, it’s $1,969. That’s some serious coin, but if it performs as promised, it could be a game changer.

Updated shortly after publication to add some additional details gleaned in response to our fact-check questions.