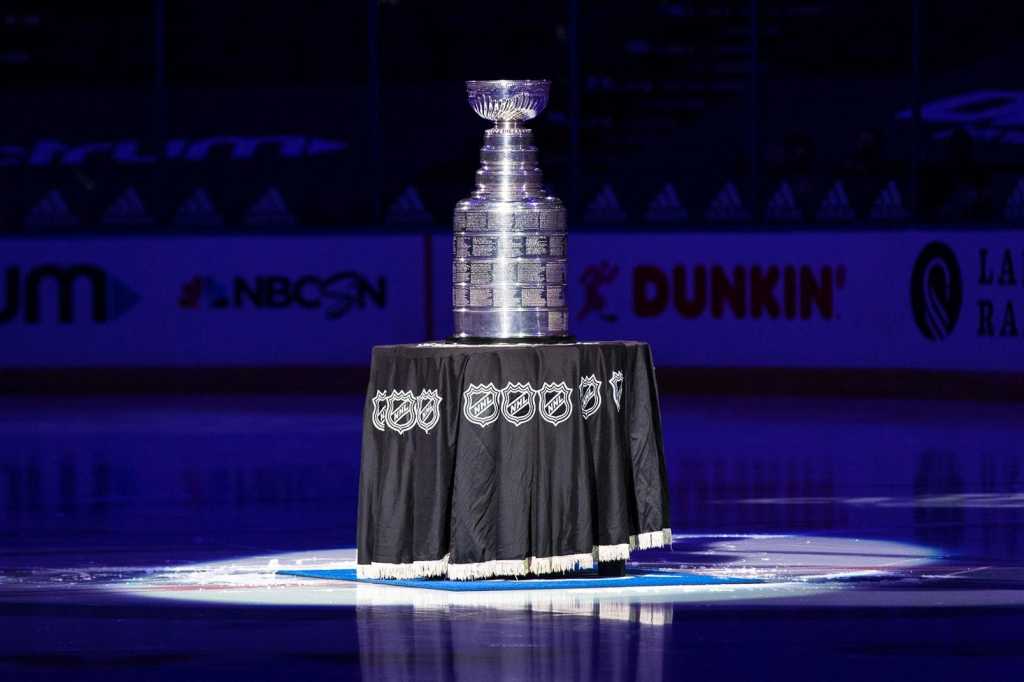 This season, the NHL returned to a full 82-game schedule for the first time since 2018-19 and went back to its pre-pandemic alignment with Eastern and Western conferences. The season also marks the first year of the league’s seven-year deal with Disney’s ESPN and Turner Sports to broadcast the NHL playoffs. That means hockey fans will need a different set of channels to watch the games than in previous years.

The first two rounds of playoffs will be split among ESPN, ESPN2, TNT, and TBS. ESPN and TNT will each air one conference final. ABC will exclusively air the 2022 Stanley Cup Final, the first time that the full event has aired on U.S. broadcast television, according to Sports Media Watch.

Fortunately, you can catch just about all of these games with one of the streaming services below.

The good news is you can watch the Stanley Cup Final on ABC for free if you have an over-the-air TV antenna and are within the radius of your local ABC affiliate’s broadcast tower. You’ll find our top antenna picks here.

For the rest of the playoff games, you’ll need some combination of the following services.

Sling TV offers ESPN, ESPN2, TNT, and TBS, and you can get them together in the Sling Orange package for $35 a month. Currently, you can get 50 percent off your first month.

Sling TV typically includes device discounts with prepaid commitments. Currently, you can get a free AirTV Mini when you subscribe and prepay for two months of Sling TV.

DirectTV Stream also offers ESPN, ESPN2, TNT, and TBS, and you can get them all in its Entertainment package for $70 a month. Currently, the service is offering $10 off the monthly rate for the first three months of your subscription. You may also be able to get ABC, but availability varies by package and location. You can enter your Zip code to see if ABC is available in your area,

If your sports viewing extends beyond hockey, AT&T might be the best streaming service for you year round. Over the last few years, Sling TV, FuboTV, YouTube TV, and Hulu + Live TV have all dropped regional sports networks like Fox Sports regional networks (now Bally Sports Networks) and NBC Regional Sports Networks from their product offerings.

Not only is DirectTV Stream the only one to stream these, but it’s also the service with the most regional sports network coverage overall, including the NBC Sports regional networks, Mid-Atlantic Sports Network, New England Sports Network, YES Network, and Spectrum SportsNet LA. It also offers FS1 and MLB Network.

Sports-centric streaming service FuboTV offers ABC, ESPN, and ESPN2 in its $70-per-month Pro package. That includes 1,000 hours of Cloud DVR space that can be used for recording games so you don’t miss a minute of action. None of its packages include TNT or TBS, though.

Hulu offers a single, flat-fee package that includes more than 75 live and on-demand channels—including ABC, ESPN, ESPN2, TNT and TBS. You get them all, in addition to Hulu’s original content and its streaming library, for $70 a month.

YouTube TV also offers a flat-fee package of more than 85 channels that includes ABC, ESPN, ESPN2, TNT and TBS. Subscriptions are $65 per month, but the service is currently offering the first month for just $14.99 for a limited time.

Catch all the action on the ice

With the league returning to normal operations and a multi-year TV deal in place, the future looks bright for the NHL and its cord-cutting fans. Best of all, there will be plenty of ways to watch the NHL without cable for years to come.