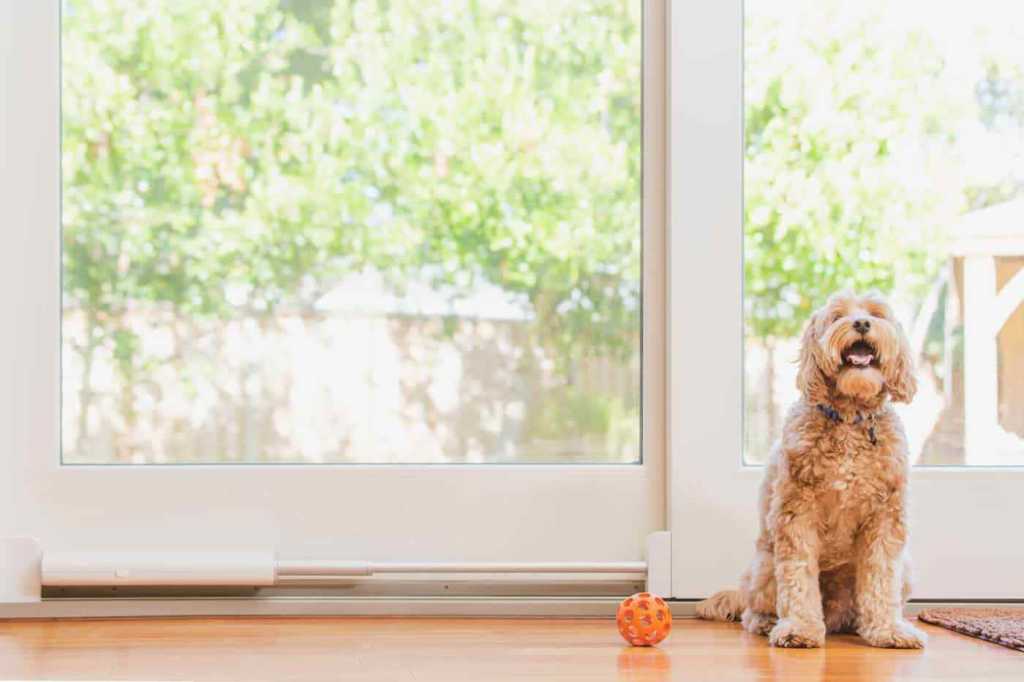 While the concept is impressive, Wayzn lacked reliability in my testing, and its slim feature set doesn’t impress.

Sliding glass doors are great for doing double duty as both a manner of egress and a window, but they’re not the most convenient when it comes to smart tech. Wayzn aims to change that by giving the sliding glass door an electronic upgrade, one which is designed around letting your pets in and out of the house automatically.

The concept is simple: A mechanical bar attaches to the sliding glass door frame, pulling and pushing the door open or closed on command—or when it detects your pet is nearby thanks to an integrated motion/heat sensor. The execution is a bit trickier, however, which I’ll get to shortly.

For starters, let’s talk installation. Wayzn is designed to fit a wide range of door sizes, and you’ll need to first measure the width of your doorway to ensure Wayzn will fit. In the box, a collection of adapters is included to extend the length of the arm appropriately, based on those measurements. From there, constructing the rest of the device is a matter of attaching the motorized unit to a plastic adapter that connects to the frame. A second adapter connects to the back of the door.

When you want to use Wayzn, you just lower the arm into the door adapter which connects the two pieces; to take it offline, you lift the motorized arm up and out of the way. All of the attachments to the door and frame can be made with sticky tape, but screws are also included if you want something more permanent.

Unfortunately, I ran into trouble pretty much immediately when I realized my door didn’t quite work like the ones in Wayzn’s setup videos. The trouble is that Wayzn is designed only to work on doors that have the sliding glass on the inside and the stationary frame on the outside. While this is common today, 40 years ago when my house was built the contractor installed a door that slides along a track which is outside the house. To connect Wayzn the way the company intended, it would need to be placed outside – which would simply not work for a variety of reasons, including the fact that the unit is not weatherproof.

I spoke to Wayzn about workarounds and learned that this issue is quite common, and that there’s no real solution for it aside using a little hacker’s ingenuity, though the end result is not ideal. I ended up attaching the motor to the side of stationary frame nearest the door, and then attached the door adapter to the side of the door opposite. In this layout (which makes better sense if you check out the photos), the unit is much more visible than in the specified setup, but it does at least work fundamentally the same way. Wayzn gave me its blessing to continue with this review using this configuration, but the company did note that if your door’s track is outside the house like mine, it really doesn’t recommend installing the product.

Once the hardware was installed, I found configuring Wayzn via its primitive mobile app to be a bit problematic, as the unit refused to stay connected to my Wi-Fi network for more than a couple of seconds at a time. (2.4GHz only is supported.) I put things aside for a day, and to my happy surprise, the following day things were working fine. Once it ran through a quick calibration, I was able to start working with it normally.

Wayzn offers a small handful of ways you can interact with the system, all built around letting your pets in and out. In the app, you are invited to “open” or “open then close” the door manually, or close the door if it’s already open. You can automate this by turning on the motion sensor built into the motor unit, which is impressively adjustable based on sensitivity, the size of your pet, and specific regions in the room which you want to monitor. There’s no camera on the Wayzn device—the company suggests you install a separate one if you plan to use it while you’re away—but the motion sensor was surprisingly capable at telling when my cat was sniffing around the door.

Separate modes—Home and Away—let you choose to activate the motion sensor for one mode or the other or both, and of course if you want the system turned off altogether, you can just lift the bar, disengaging it completely from the door. The unit also supports Alexa if you want to control the door with your voice. (Google Assistant support is said to be actively worked on as of May 2020.)

I was surprised to discover that, operationally, that’s really all there is to it. There’s no scheduling system that lets you decide, for example, that you want motion sensing on during the day but not during the night. And there’s also no way to determine how far you want the door to open. (Wayzn only opens to its maximum amount instead of the 8 inches or so I would normally open it for my cat to slip out.)

Perhaps my biggest complaint is that if you use the motion detection feature, the door opens, lets the pet out, then closes behind it—effectively locking the animal outside. There’s no way to change this behavior, and Wayzn’s official workaround, which requires a camera and Alexa, doesn’t seem practical. Many of these needed options seem so obvious (and basic) that their absence is baffling. (Documentation for all of this is insufficient.) It’s also worth noting that the unit’s motor is quite loud: It scared the bejeezus out of my cat whenever it activated while she was nearby. Perhaps most dogs are a bit less nervous.

My other major complaint is one of simple stability. After my initial configuration headaches, I assumed my troubles were over, but after a couple of days of testing, the device slipped back into endless “Connecting” mode, and I was unable to operate it at all with the app. There’s no way to close the door manually if the Wayzn unit is engaged —the sole button on the hardware device only opens the door and doesn’t close it—so if the app isn’t responding, the only way you can close the door is to disengage the unit altogether.

Ultimately, I found all of this was just not reliable enough for me to trust when I was out of the house. For a product that was first announced in 2018, I was hoping the product’s maturity would be a lot further along than it seems to be.

Wayzn is a cool idea, but the execution clearly needs some more work, and $399 is a lot to ask considering the limited feature set and finicky wireless situation. Maybe consider a goldfish?