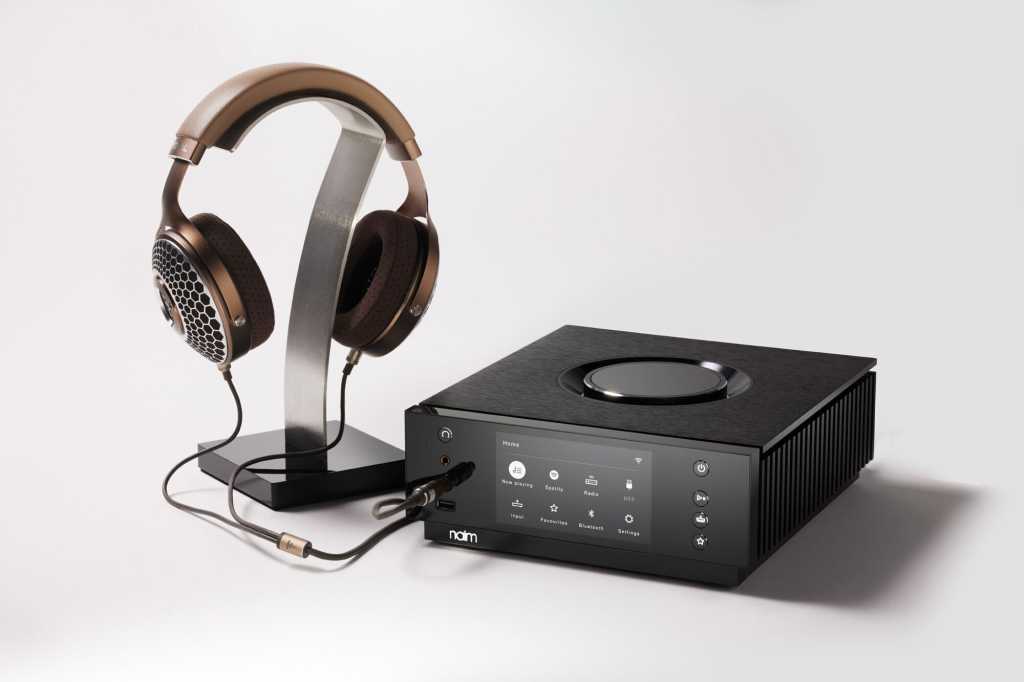 Naim Audio is one of Great Britain’s most venerable high-end audio-electronics manufacturers. Among the company’s families of products is Uniti, which includes several all-in-one audio streamers. For example, the Uniti Atom provides built-in access to a wide variety of online streaming services as well as a 2x40W power amp.

Today, the company is announcing a new version of this product called the Uniti Atom Headphone Edition (HE). The new model adds headphone outputs and replaces the speaker amplifier with a headphone amp, but it’s otherwise virtually identical.

A new amplifier was designed especially for the Atom HE. Drawing on a range of technologies, including elements of the company’s flagship Statement amplifier, the new design is said to deliver outstanding amplification for headphones as well as exceptional performance as a line-level preamp that can drive an external power amp or active speakers.

The headphone amp delivers 1.5 watts/channel into 16 ohms, and it can handle impedances from 16 ohms on up. In addition, it delivers that power to all three headphone outputs simultaneously. Those outputs include a 6.3 mm (1/4-inch) unbalanced and 4.4 mm Pentaconn balanced jacks on the front of the unit and a 4-pin XLR balanced jack on the back.

A variety of inputs—two USB 2.0, two optical digital audio, one coax digital audio, and a stereo pair of RCA analog audio—let you enjoy various source devices. In addition to the headphone outputs, the Atom HE also provides a stereo pair of balanced XLR preamp outputs and a pair of unbalanced RCA preamp outputs. Rounding out the connections is a 10/100Mbps ethernet port.

There are plenty of wireless options as well. The Atom HE con

ects to your Wi-Fi network (802.11b/g/n/ac) with Chromecast built-in and AirPlay 2. It also provides Bluetooth connectivity, though that is considerably lower fidelity than Chromecast or AirPlay 2.

The Atom HE uses the same Naim streaming platform found in many of the company’s products, from the Mu-so second-generation family up to the flagship ND 555 player. That platform provides direct access to Tidal, Qobuz, Spotify Connect, and internet radio as well as many other providers via Chromecast and AirPlay 2. It also supports UPnP network streaming, and it’s Roon-ready as well. Finally, you can sync up to five Naim streaming products and control them from the Naim app.

Clearly, the Naim Uniti Atom HE is aimed at audiophiles who want a top-notch streaming experience on headphones. And the fact that it doubles as a class-A preamp is a big bonus.

Of course, this level of performance doesn’t come cheap—the list price is $3,290. The Naim Uniti Atom HE should start shipping by the end of the month; you can pre-order it here.