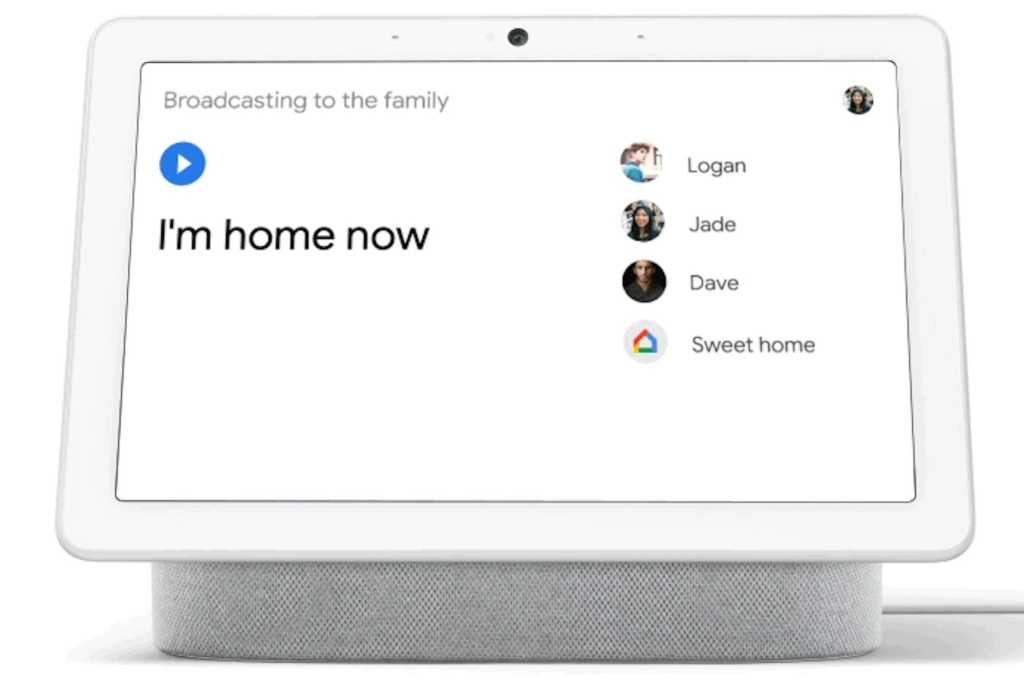 Looking to summon the entire family even when some loved ones are out and about? Google Assistant’s Broadcast feature can now do just that, thanks to a recent update. Google is also rolling out a long-awaited improvement to the Assistant’s Family Bell feature.

Set to go live today, Google Assistant’s enhanced Broadcast feature can now reach members of your family group on their phones as well as on Google smart speakers and displays.

For example, you could say “Hey Google, tell my family, dinner will be ready in an hour” from the Google Nest Hub Max in the kitchen, and Google Assistant will broadcast the message to all the other Google speakers and displays in your home, as well as on the iPhones and Android phones of any on-the-go family members.

If you receive a Broadcast from Google Assistant on your phone, you’ll be able to reply by voice, or you could tap out a reply by hitting the Reply button.

The update brings Google Assistant’s Broadcast feature more in line with Intercom on Apple’s HomePod speakers, which can send broadcasts to family members on a variety of devices, including iPhones, iPads, AirPods, and CarPlay devices.

Previously, the Google Assistant mobile app only let you create Broadcast messages on your phone, not receive them.

Google also unveiled some updates to its Family Bell feature, which lets you set Google Assistant to remind family members when class is about to start, when it’s time for a snack, when lunchtime begins, and so on.

I’ve become a dedicated Family Bell user since the feature first arrived last summer, particularly given that our third-grader has been full-time remote this year.

Frustratingly, however, Family Bell reminders have—until now, at least—been restricted to sounding from only one Google smart speaker or display. That means my daughter wouldn’t hear the “Time for morning meeting!” bell on the Nest Hub Max in the kitchen if she happened to be downstairs.

I’ve been bugging Google reps about this issue for months now, and it looks like they’ve finally done something about it. Starting today, Google says it’s rolling out the ability for Family Bells to ring on multiple Google speakers and displays rather than just one. In other words, no more excuses for missing your daily math meetup, kiddo.

Also coming soon to Family Bell: the ability to simply say “stop” to silence a bell, rather than having to preface the command with “Hey Google.”