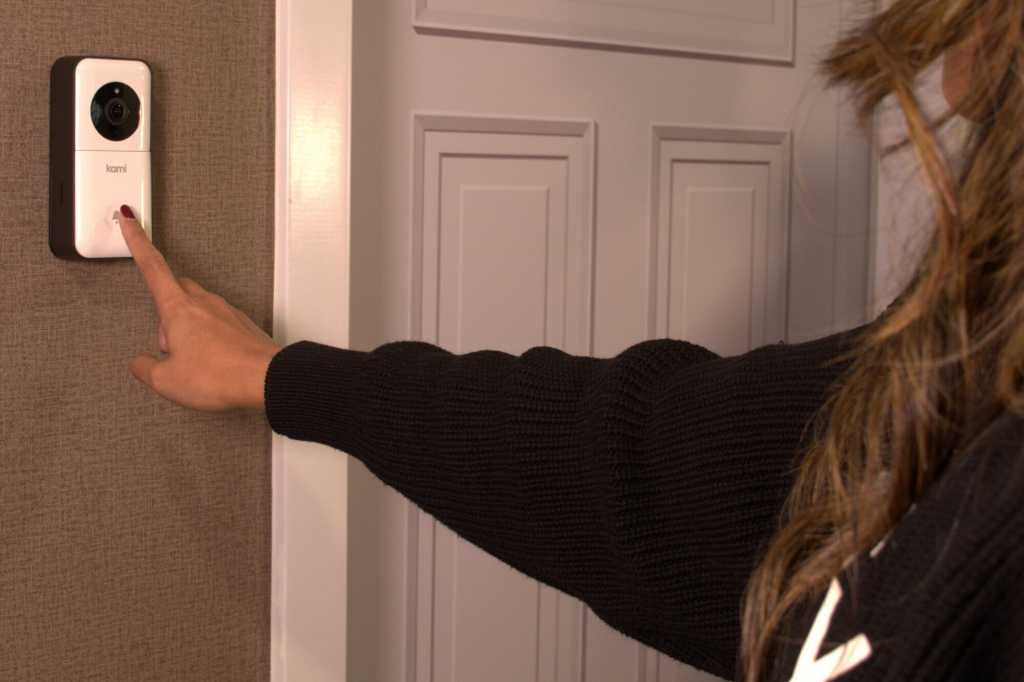 Kami
At a Glance

If you have existing low-voltage wiring, you can take advantage of that power source—and your existing analog or digital chime—and never worry about replacing the Kami Doorbell Camera’s batteries. If you don’t have wiring in place, you can run this camera on battery power.

Add in person detection in a camera that’s currently selling on Amazon for $100 and you have a solid smart home value. Just don’t buy one in anticipation of Kami delivering on its facial recognition promise, because that feature was highly unreliable in our experience. You’ll also need to pay a subscription fee to unlock all of this camera’s features. More on that in a bit.

As you might expect for the price, the Kami Doorbell Camera is outfitted with a 1080p HD camera, so you won’t get head-to-toe aspect ratio that some competing products—the Logitech Circle View Doorbell, for example—are now offering. Kami’s product does deliver a very good picture, though, and its color night vision was clear and sharp even beyond its advertised 17-foot range. The camera’s 160-degree field of view will let you monitor a wide expanse of your porch. 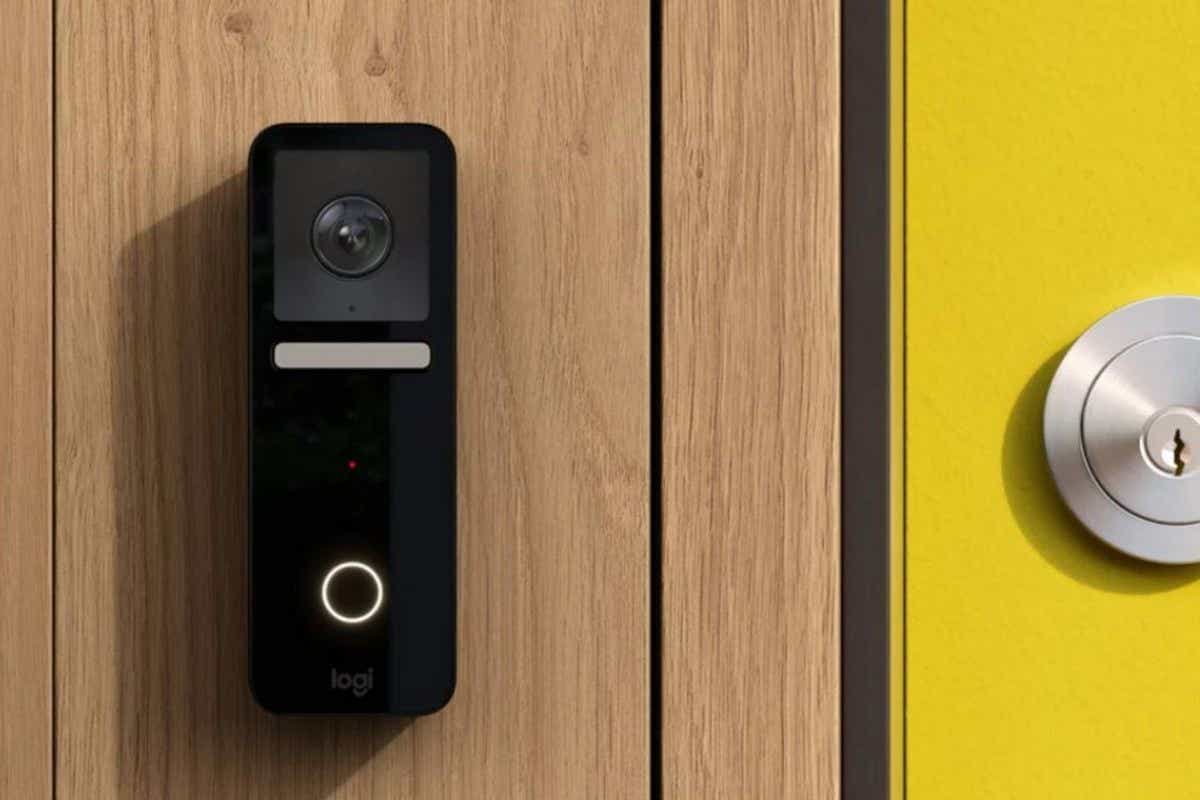 The flexibility to choose AC or battery power to operate the Kami Doorbell Camera comes at the expense of proportions. Battery-powered doorbells are almost always bigger and thicker than AC-powered models, simply because the enclosure needs to be big enough to house a chunky battery. I chose the battery-power option to review and was surprised to discover that it fit in exactly the same physical space as the Ring Video Doorbell 3 I reviewed nearly one year ago—I didn’t even need to drill any holes. If you are going to hardwire it, the doorbell comes with a small power kit that fits inside your existing chime box.

The manufacturer makes some big claims about the Kami Doorbell Camera’s AI and its ability to distinguish between humans and other things moving in front of it, as well as its ability to recognize faces, so you can know exactly who is standing on your porch. In my early tests, facial recognition worked pretty well: Using Kami’s app, you assign names to faces, so the next time they show up in front of the camera, they’ll be identified by name in the app’s logs. But then Kami released new firmware that was designed to squash some bugs and facial recognition became so unreliable that it was borderline useless.

That’s unfortunate, because the camera does a great job of recognizing humans in general. A cat sitting on the porch railing a few inches from the camera would sometimes fool it, but it was otherwise strong when it came to distinguishing between humans, large dogs, cats, and other things moving in front of it. Currently, however, its recognition is binary: It sees a human figure or something that’s not a human figure. The manufacturer says another firmware update will eventually deliver vehicle and pet detection.

Kami’s app easy enough to use for basic functions, such as viewing the feed and responding to the doorbell. But important settings, such as motion-sensor options, are buried and the app’s home screen is annoying cluttered with ads for other Kami products. If you have an Amazon Echo or Nest Hub smart display, you can view a live stream from the camera, but that’s about it. If you want to view video recordings or and talk to visitors standing in front of the camera, you’ll need to use the app. There is no Apple HomeKit support at this time.

Subscription fees for storing recordings in the cloud are becoming common in the security camera market, and Kami is certainly no exception. Unlike Ring, you do get some storage for free, but you’re limited to six-second recordings with a four-minute cool-down period between each recording. And these clips are available for viewing for just 24 hours. Also, you only get general motion-detection notifications. If you want facial recognition or the coming-soon vehicle and pet alerts, you’ll need to sign up for a subscription. That will also enable video recordings with unlimited length, it eliminates the cool-down period between recordings, and extends the amount of time videos will be available for viewing (to 7-, 15-, or 30 days, depending on which service tier you purchase).

The Kami Doorbell Camera is a good value, thanks in part to its image quality, but mostly because of its low price and the fact that you get some video storage in the cloud at no additional cost. If the company can resolve the problems with its facial recognition capabilities, it will be an even better product.