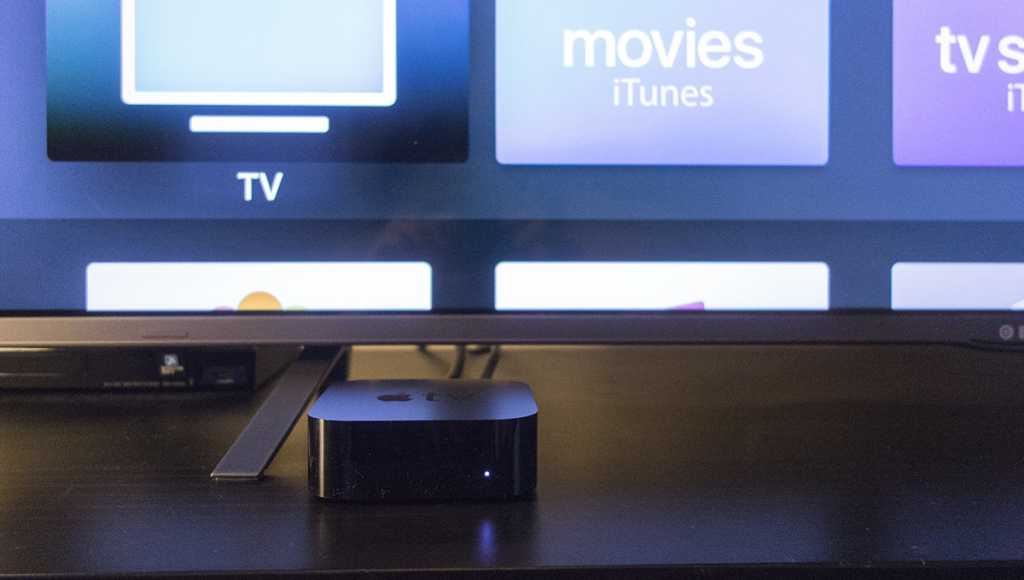 Now that it’s cut the original HomePod loose in favor of the more affordable (well, sort of) HomePod mini, word has it Apple is eyeing a new device that would be a mashup of an Apple TV and a HomePod speaker. Plausible? Sure. Inexpensive? Doubtful.

Bloomberg’s Mark Gurman reports that the in-development, hush-hush product would “include a camera for video conferencing,” similar to Facebook’s Portal TV.

Besides the Apple TV/HomePod combo, Apple is also working (unsurprisingly) on a smart display along the lines of Amazon Echo Show and Google’s Nest Hub displays, Gurman says.

Essentially an iPad melded with a HomePod speaker, the display would also have a camera, and Apple has even “explored” the possibility of a robotic arm that would hold the screen to follow users around the room, much like the motorized display on Amazon’s recent Echo Show 10.

The usual caveats apply, with Gurman (whose Apple leaks tend to be pretty accurate) noting that both devices are in the “early stages” of development and might end up being altered or scrubbed entirely.

While a HomePod smart display seems like an obvious move for Apple given the proliferation of Echo Show and Nest Hub devices, the idea of an Apple TV combined with a HomePod speaker sounds like it could go in a couple different directions.

As described by Gurman, the gadget could be along the same lines as Facebook’s Portal TV: a set-top box that would sit in front of your TV and allow for big-screen video chat with friends, family and loved ones, along with your standard Apple TV video streaming abilities and a HomePod speaker for music and smart home control.

A second possibility would me more of a soundbar with built-in streaming and voice-assistant abilities, similar to the Nebula Fire TV Edition soundbar from Anker, which comes with onboard Alexa, and Roku’s Smart Soundbar and Streambar devices, which boast built-in Roku streaming players.

The Anker Nebula soundbar and Roku Smart Soundbar cost $180 each, while the Portal TV sells for $150 and the Roku Streambar goes for a mere $110.

Apple, on the other hand, seems allergic to affordability when it comes to HomePod and Apple TV. The original HomePod speaker cost $299 following a $50 price cut, while the smaller HomePod mini sells for $99, or twice as much as the competing Amazon Echo Dot and Google Nest Mini. Meanwhile the cheapest, HD-only Apple TV costs a cool $150, compared to just $30 for Roku’s HD-enabled Roku Express. Roku’s best non-speaker media streamer, the Roku Ultra, sells for $99 and comes with a pair of headphones.

Whether we’re talking a TV set-top box for video chat, a smart soundbar, or a smart display, it’s hard to imagine Apple shipping any of those devices for anything less than $300 or so. That’s not going to help Apple gain more of a foothold in the smart home market.

A $50 HomePod mini, though? That would be a different story.