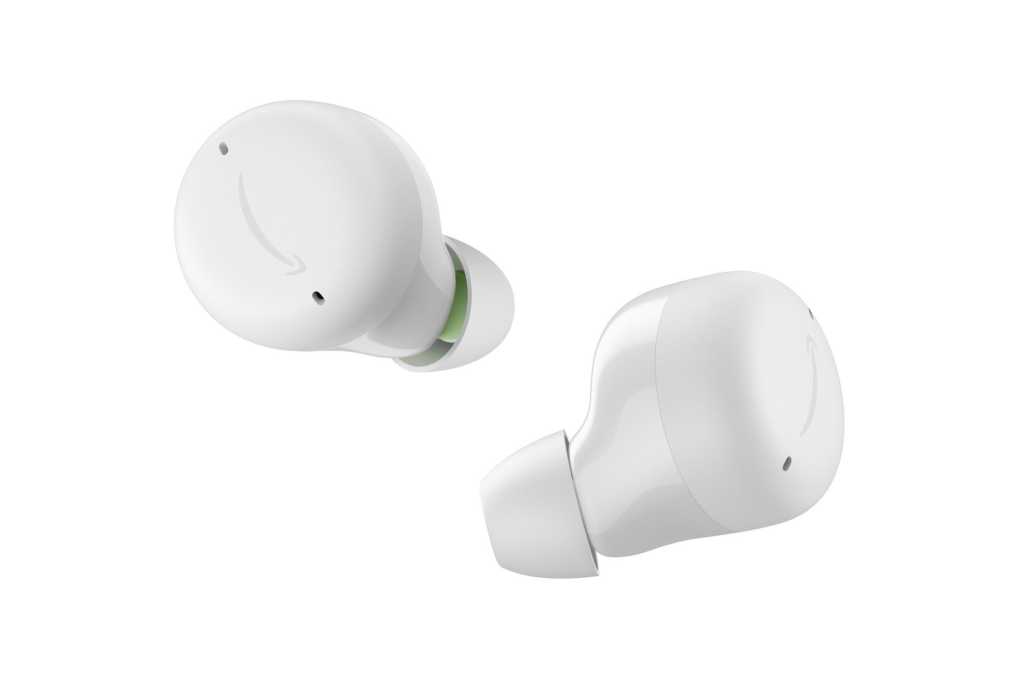 Available for pre-order now, the second-gen Echo BudsRemove non-product link are slated to ship on May 13 for an “introductory” price of $100, or $30 less than the original Echo Buds. The standard price for the new Echo Buds will be $120. If you want the Echo Buds with the new wireless charging caseRemove non-product link, the introductory price goes up to $120, while the standard price will eventually be $140.

Amazon says the revamped Echo Buds are 20 percent smaller than the original model, with shortened nozzles and new, built-in vents designed to reduce that unpleasant “plugged-up” feeling from earbuds that form a seal in your ear canals.

As with the first-gen Echo Buds, the new version comes with a IPX4 rating for resistance to water splashes from any direction, while four ear tip sizes and two wing tips are included in the box.

The new Echo Buds also feature full-on active noise cancellation, versus active noise “reduction” on the first-gen earbuds. Amazon says the second-gen Echo Buds can cancel twice as much noise as the originals, with help from inner and outer microphones that “intelligently estimate” the sound pressure in your eardrums. There’s also a passthrough mode that boosts ambient noise, similar to the “transparency” feature on Apple’s AirPods Pro.

Besides their improved active noise cancellation features, the second-gen Echo Buds boast microphones that have been “optimized” to pick up lower frequencies, thus boosting call quality while making it easier for Alexa to hear you.

Speaking of Alexa, Amazon’s voice assistant is still front and center in the new Echo Buds, capable of queuing up music, checking your calendar, controlling smart home devices, and dialing contacts. The Echo Buds will also be getting the VIP Filter feature from the second-gen Echo Frames, which lets you filter call, calendar, and group messaging notifications.

Unlike the original Echo Buds, the second-gen version is available with an optional Qi wireless charging case, which (as we mentioned earlier) boosts the overall price by $20. You can also snap up a new “Made for Amazon” PowerWave wireless charging pad from Anker, which sells for $18.

Amazon is promising up to five hours of music playback from the second-gen Echo Buds with active noise cancellation on, same as the first-gen version. Both the USB-C and wireless charging cases can hold two additional full charges, for a total of up to 15 hours of music playback, while new LED indicators on each earbud will let you see how the batteries are holding up.

We gave the original Echo Buds a middling review, praising its “comfortable fit” and “excellent noise cancellation” while dinging the “inelegant” design and “mixed” sound quality. Will the new Echo Buds snag a better rating? Keep your ears open for our full review.