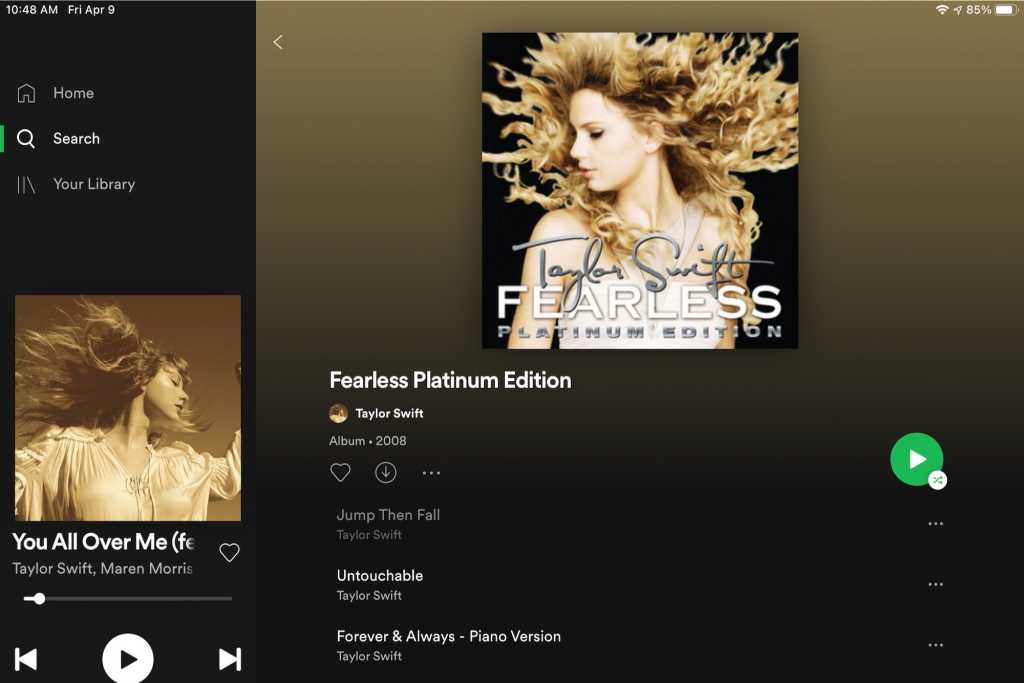 Fearless (Taylor’s Version) just dropped on the big music streaming services, including Spotify, and with it, the chance for Swifties the world over to stick it to the greedy business interests buying and selling the studio masters of some of Taylor Swift’s earliest big hits.

The first salvo in Tay Tay’s effort to effectively regain control of her back catalog, which is now in the hands of a third party following a protracted dispute with her former label, Big Machine, Fearless (Taylor’s Version) is, by all accounts, a meticulously re-recorded version of the original second album (save a handful of “From the Vault” tracks), which goes to show how determined Taylor is to get her music back.

So, what does all this have to do with hiding songs on Spotify? Well, with Fearless (Taylor’s Version), Tay Tay and her army are looking to bury the original (plus a couple of Big Machine-produced re-releases), which are still available on Spotify and other services. If enough listeners stream Taylor’s version of Fearless, the reasoning goes, they’ll devalue the previous versions that she no longer controls.

Now, because the old Fearless albums are still on Spotify, you could easily—and inadvertently—stream them by teeing up a shuffle. But if you hide the original Fearless songs, you’ll be sure to keep those old tracks out of your Spotify queue—and indeed, Taylor’s fan base have been sharing instructions on Twitter detailing how to do just that.

The bad news is that there’s no easy way to hide an entire Spotify album at once. That means you’re going to have to go through and hide each song on three old Fearless albums (and a few Fearless tracks on Live From Clear Channel Stripped 2008), one by one.

How to hide songs on Spotify (including old Fearless tracks)