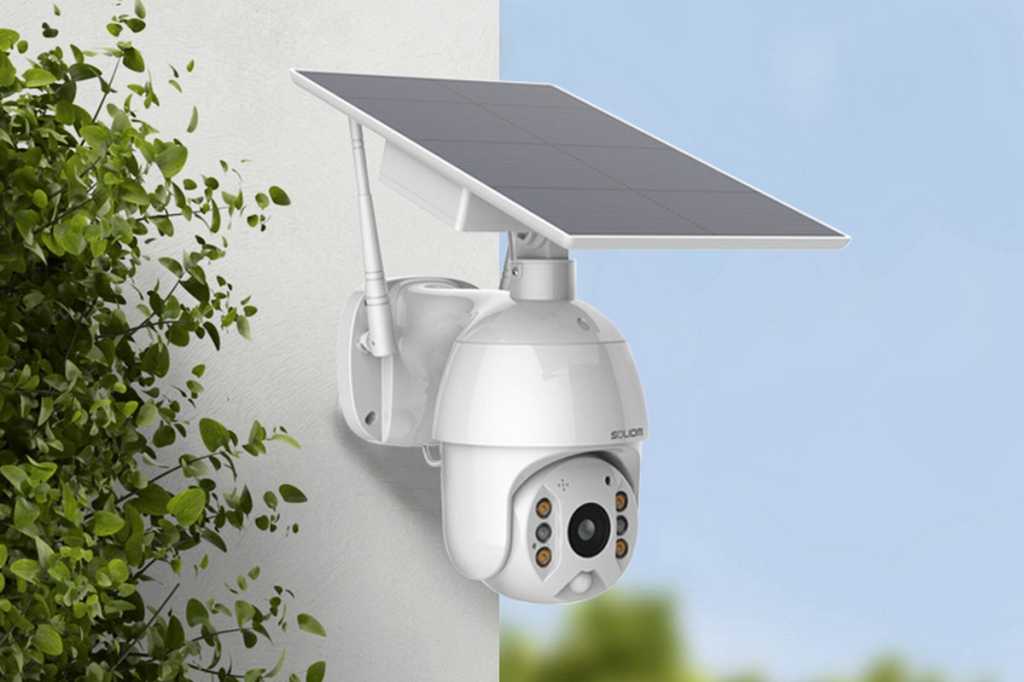 Image: Soliom
At a Glance

Soliom’s S600 PTZ security camera uses solar power to charge, but that comes at the expense of design and compactness.

One of the challenges with outdoor surveillance is powering your camera. It’s usually not feasible to run electrical wire to a camera mounted near your roof, which means relying on batteries. The problem is that batteries must be recharged, which means periodically breaking out a ladder a few times a year.

With its model S600 Wi-Fi security camera (reviewed here in its V3 design), Soliom offers a classic solution: solar power. And while that is a capable answer to the battery problem, it presents some other challenges that must be considered.

First, let’s talk hardware. As features go, the 1080p camera is loaded, starting with a pan/tilt motor that lets you rotate the camera on demand through 320 degrees horizontally and 90 degrees vertically. The camera offers a record-on-detected-motion feature, but unlike, say, the Imilab C20, the camera does not automatically follow objects as they move.

The S600 includes two forms of night vision, accessible on demand: A black-and-white version lit up by infrared LEDs, or a “color night vision” feature which actually just fires up four white LED spotlights to illuminate the scene—at least to a range of 32 feet. 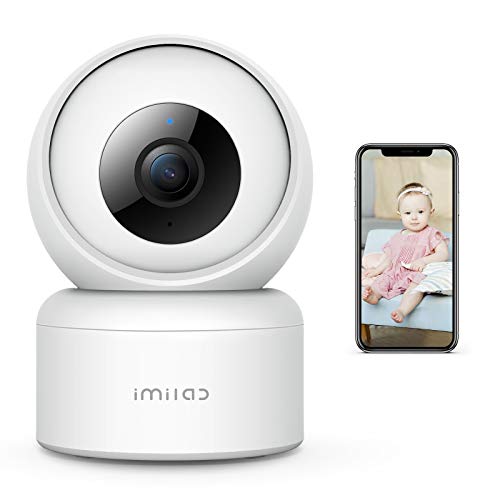 Recordings can be saved to an onboard microSD card (cards with capacities up to 64GB are supported, but one is not included) or to Soliom’s subscription-based cloud service. After 30 free days, this service will run you $2 per month for 30 days, $11 for 180 days, or $22 for 360 days (though these prices seem to be in flux). Connectivity is via 2.4GHz Wi-Fi, and two-way audio is built in if you want to chat with any potential intruders.

Naturally, there’s also a large solar panel attached, as well. The 10 x 7-inch (HxW) panel is mounted on a swivel/hinge system, and while Soliom doesn’t provide the wattage of the panel, it does seem capable at keeping the 9000mAh battery topped up. Soliom says the panel should keep the battery charged for a year of regular use.

The first catch? All of this takes up a daunting amount of space, so if discretion is what you’re going for, the S600 isn’t a great fit. The full setup isn’t the most attractive design and it weighs a beefy 3.3 pounds, so once you mount it to the wall with the four included screws, you probably won’t be moving it. You’ll want to plan carefully not just for the camera’s video coverage but also to maximize sun exposure on the panel.

Once you complete an initial charge via wall power and figure out the ins and outs of connecting the solar panel to the camera proper—a separate power cord runs between the two pieces—setup is fairly simple. The Soliom+ mobile app quickly gets the camera connected to Wi-Fi, though steel yourself for the booming voice instructions that emerge from the unit during configuration. Once you’re live, the handholding largely stops, however, and Soliom’s manual is particularly confusing, suffering from an even worse translation from Chinese than is the norm.

Figuring out how to use the camera involves a substantial amount of trial and error. The user interface offers no immediate clues that its PTZ (pan/tilt/zoom) features are accessed by swiping left on the bottom half of the camera interface. Switching between the two night-vision modes involves tapping a light bulb icon inside the video frame, and there’s no reliable way to check your battery life aside from a tiny analog icon. Some settings are never explained at all: What is “normal” versus “dynamic” mode, for example?

Finally, the method for accessing saved clips is especially odd: Clips stored on your memory card can be accessed beneath the main camera screen by tapping the cloud icon, which changes to show what’s stored on the memory card. If you’re on the app’s home screen, on the other hand, the “Cloud video” icon can only be used to access online clips, while the “Album” icon is used to capture clips and snapshots you’ve saved to your phone. Thumbnails showing the content of the video image would also be a nice feature when skimming through your history.

The good news is that video quality is great, at least during daytime and when using the standard (infrared) night vision mode, and the wireless connection was reasonable stable in my testing. Motion detection tends to be on the sensitive side, and most recordings default to the minimum length of 16 seconds (though this is adjustable); with sustained activity, clips can run longer than 2 minutes in length. The “color night vision” mode didn’t produce any usable footage in my testing, as the spotlight range was simply insufficient to illuminate anything at all. The LEDs are also quite obtrusive—though no more than the S600 hardware itself; I recommend sticking with the infrared mode.

The overwhelming size and complexity of the Soliom S600 ultimately makes it a niche product best suited for locations where curb appeal doesn’t matter and access is generally limited. If I needed to keep an eye on a shed in my backyard, this might fit the bill, provided the unit could be mounted within Wi-Fi range. While the list price of nearly $200 is high, you’ll find units available for barely half that if you shop around. Even then, it’s still pricy next to ultra-affordable options like the Wyze Outdoor Camera, but if you’ve got the sun, Soliom S600 could potentially fill a unique position in your smart home.