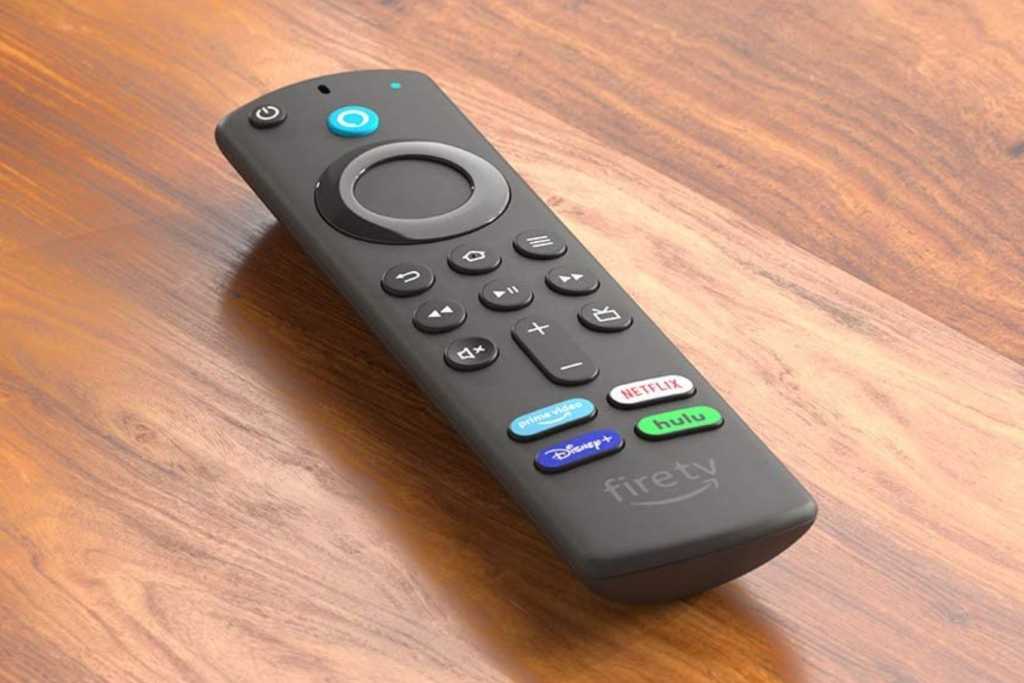 Want to start streaming Stranger Things, WandaVision, Bosch, or The Flight Attendant on your Fire TV device without digging through a bunch of menus? If so, the redesigned Alexa Voice RemoteRemove non-product link might be calling your name.

Due to arrive April 14 for $30, the new Alexa-enabled remote (first spotted by Protocol’s Janko Roettgers) looks roughly the same as the older version that ships with various Fire TV sticks, players, and devices. A circular navigation pad lets you browse and select items on the Fire TV interface, while Home, Back, Menu, and playback controls sit directly beneath. The rocker on the 2 x AAA battery-powered remote will let you adjust the volume on most HDMI-CEC-connected TVs, AV receivers, and soundbars.

What sets the new remote apart from its predecessor, however, are the telltale shortcut buttons stamped with the logos of four familiar video streaming services: Amazon Prime Video, Netflix, Disney+, and Hulu.

Just tap one of the buttons to jump directly to your service, meaning no need to hunt through menu screens or otherwise waste time better spent watching Fleabag.

Of course, the problem with the prominently marked shortcut buttons is that you can’t reprogram them. That said, I know at least one technophobe (hey, Bubbe) who might be more prone to streaming if her remote had a big “Netflix” button on it.

Besides the streaming shortcut buttons, the new Alexa Voice Remote has a redesigned Alexa button that’s now blue and marked with the Alexa logo (the old button had a simple microphone icon).

Finally, a new Guide button jumps you directly to channel and program listings for live TV services, such as Sling, Philo, and Pluto TV.

Of course, $30 for the revamped Alexa Voice Remote is pricey given that you can snap up a Fire TV Stick Lite with the old remote for the same price. That said, this is Amazon we’re talking about, so the remote will probably see steep discounts in the weeks and months ahead. We also imagine that the new remote will begin shipping with existing and/or upcoming Fire TV players and Fire TV Edition smart TVs, although we haven’t heard anything concrete.