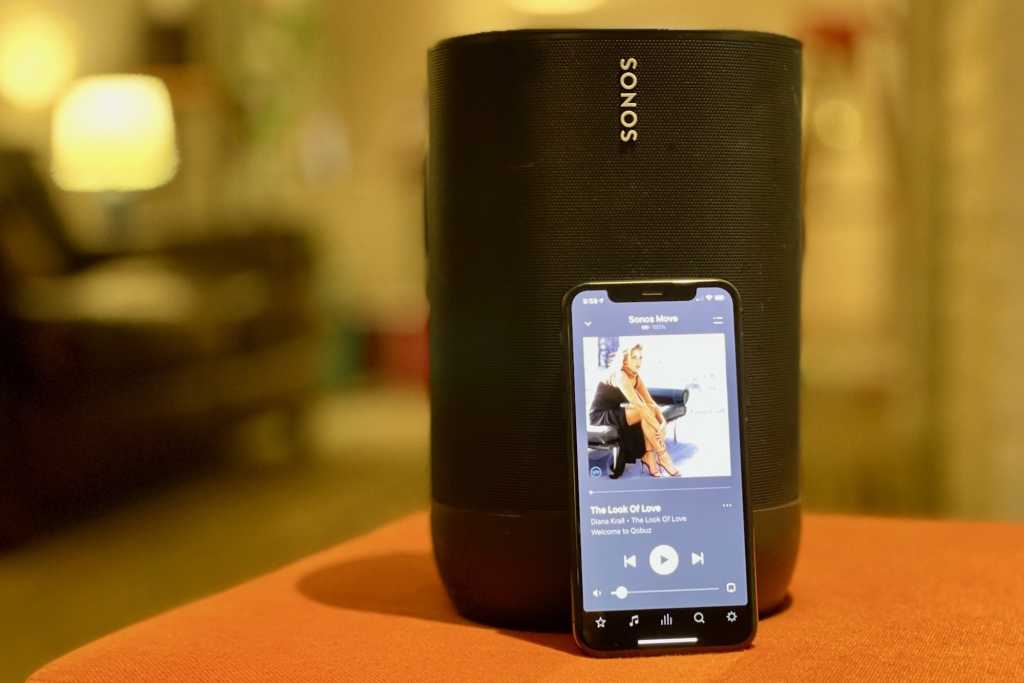 If you’ve been patiently waiting for Sonos to extend its high-resolution audio support to streaming music services, good news: your wait is over.

Sonos just announced that Qobuz will be the first streaming music provider to deliver tunes in 24-bit resolution to the platform. The high-resolution Qobuz integration will be available in the Sonos S2 app starting today in the U.S., as well as in Austria, Belgium, France, Germany, Ireland, Italy, Luxembourg, the Netherlands, Spain, Switzerland, and the United Kingdom.

Sonos enabled high-resolution audio for its speakers last fall, with the release of its updated S2 app. But until now, you could only stream 24-bit FLAC or ALAC files from a local music library or NAS drive, not from streaming music services.

Qobuz offers unlimited 24-bit music streaming with sampling rates up to 192kHz starting at $15 a month ($150 if paid annually). Because the Sonos platform supports a maximum sampling rate of 48kHz, if the Qobuz track you select in the Sonos app is encoded at a resolution greater than 24/48, Qobuz will send a 16/44.1 stream to your Sonos system instead.

Qobuz tells us about half or a little more of its library is available in 24/48 resolution, so that’s what you’ll get on your Sonos speakers if it’s available. Since the Sonos app doesn’t expose audio format information to the user, however, listeners won’t get a visual confirmation of the quality that’s being streamed. When we quizzed Sonos about this, a spokesperson responded “We’re always looking at ways to improve our app experience and will share more over time.” Here’s hoping that feature is in the works.

Sonos said that 24-bit music streaming will work on “most” Sonos S2-compatible products, including the Sonos One One SLRemove non-product link, FiveRemove non-product link and Play:5 (Gen 2) speakers; the Arc, Beam Playbar, and Playbase soundbars; the portable Move and Roam speakers; and the IKEA Symfonisk Bookshelf and Table Lamp speakers. Two Sonos S2-compatible devices that won’t support 24-bit streaming are the discontinued Play:1 and Play:3 speakers, although they continue to support 16-bit streaming via Qobuz.

The first- and second generations of the Sonos Sub are also limited to 16-bit/48kHz streams; fortunately, however, Sonos has confirmed that having older S2-compatible components on your network will not force your entire system to drop to 16-bit resolution. The hardware that’s capable of handling a 24-bit stream will do just that, while the gear that isn’t will play a 16-bit stream. For the record, the third-generation Sonos Sub is capable of decoding a 24/48 stream.

Besides Qobuz, Sonos supports other music services with high-resolution audio tiers, such as Amazon Music HD and Tidal. For now, however, Sonos users can only stream CD-quality 16-bit audio from Amazon and Tidal. Audiophiles consider only 24-bit audio to be worthy of the “high-resolution” moniker, although whether the average listener can tell the difference between CD-quality and high-res tunes is a matter of (sometimes heated) debate.

Sonos also boasts integrations with Deezer, which has a Hi-Fi tier with 16-bit (but not 24-bit) audio streaming, and Spotify, which recently announced its own upcoming, CD-quality HiFi plan.

Other music services available on the Sonos app, including Apple Music, Pandora, and YouTube Music, have yet to offer high-resolution or CD-quality music tiers.