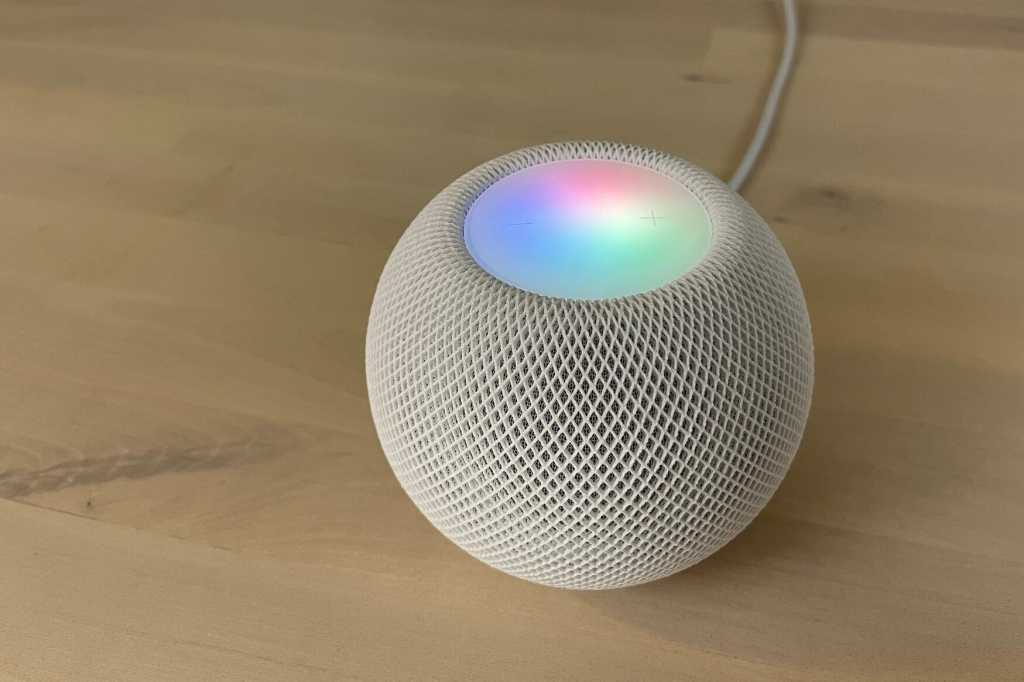 Well, well, what have we here: a secret sensor hidden deep within the HomePod mini’s shell? The just-discovered component could mean that Apple may have new functionality for its smaller—and soon to be only—smart speaker up its sleeves.

Bloomberg’s Mark Gurman, a reliable source for Apple rumors and leaks, first reported the existence of the itty, bitty chip, which is reportedly a Texas Instruments-built temperature and humidity sensor.

Gurman asked the Apple tear-down detectives at iFixit to dig around for the sensor, and they found it crammed inside the HomePod mini’s base, nestled next to the captive power cord.

While temperature sensors are common in PCs, laptops, and other devices to detect overheating, the sensor in the HomePod mini is too far away from the speaker’s central components to serve that purpose, Gurman notes. Instead, the location of the sensor suggests it’s designed to measure external rather than internal temperatures.

Apple didn’t make any mention of a temperature sensor when it unveiled the HomePod mini last fall, but it’s not that unusual for products to ship with dormant features. Gurman serves up the example of the Bluetooth radio in 2008’s iPod touch that was enabled a year later by a software update, but I’m also thinking of the dormant (and now functional) IR remote sensor in 2019’s Philips Hue HDMI Sync Box, as well as the microphones in Denon’s Home speakers that will soon be used by Alexa.

So, what does Apple have in mind for the HomePod mini’s temperature and humidity sensor? According to Gurman, Apple has mulled the idea of using the sensor to send temperature data to HomeKit-enabled thermostats. Another possibility is that the sensor could act as a “trigger” for other smart devices, such as connected plugs or fans.

As it so happens, another just-announced and competing device in the smart speaker/display category will ship with a temperature sensor: the upcoming Google Nest Hub. The Nest Hub’s temperature sensor works in concert with the display’s sleep-sensing features, with the sensor designed to warn you if your bedroom’s temperature is too high or too low at night. Of course, the sensor could wind up having additional uses, but Google hasn’t announced any at this point.

In any case, it appears Apple is looking to ramp up the HomePod mini’s smart capabilities, which also include a Thread radio that allows the smaller HomePod to connect other Thread-enabled devices (such as Nanoleaf’s Essentials smart lights and some recently announced Eve smart devices) to the internet.

Bloomberg’s report of the HomePod mini’s hidden sensor comes a little more than a week after Apple announced that it’s discontinuing the larger HomePod, a move that leaves the mini as Apple’s sole smart speaker.