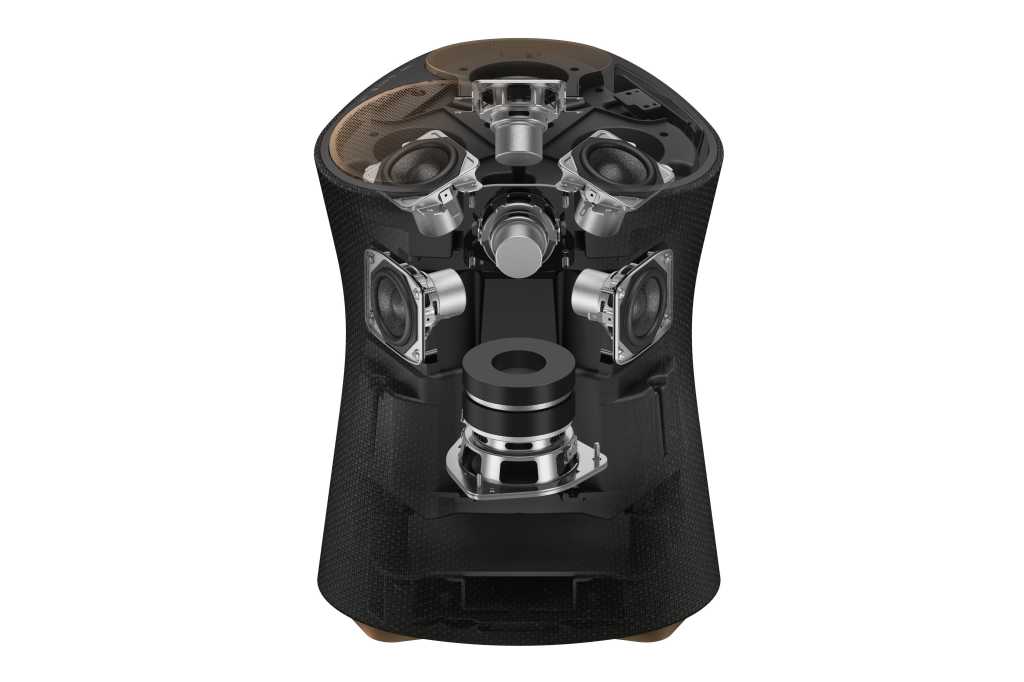 Sony’s 360 Reality Audio technology knocked our socks off when we reviewed its headphone implementation in early 2020. The audio company is now taking pre-orders on two self-powered smart speakers that can deliver its object-based immersive-audio technology.

The Sony SRS-RA3000 ($299) and the larger SRS-RA5000 ($699, pictured above) will join Amazon’s Echo Studio as the only loudspeakers capable of decoding 360 Reality Audio tracks, which can be streamed from Amazon Music HD, Tidal, and a few other services. A feature Sony has dubbed Immersive Audio Enhancement promises to deliver a similar effect with normal stereo tracks.

The smaller SRS-RA3000 is outfitted with dual .6875-inch tweeters, a 3.125-inch full-range driver, and a pair of 4 x 1.5-inch passive radiators The beefier SRS-RA5000 is equipped with a trio of upfiring 1.8125-inch drivers, three side-firing “mid” speakers of that same size, and a 2.875-inch down-firing subwoofer. The company hasn’t released details about what type of amplification either speaker will use.

In addition to streaming music via Wi-Fi or Bluetooth (with SBC and AAC codec support), both models are outfitted with 3.5mm aux inputs. They also support both Amazon Alexa and Google Assistant, although as with Sonos smart speakers, you’ll need to choose which one to activate, as they can’t use both at the same time. Sony’s new speakers can be deployed in multi-room setups and they’re also compatible with both Chromecast and Spotify Connect.

Sony expects to ship both speakers in April, and we’ll have an in-depth review of the SRS-RA5000 in the coming weeks.