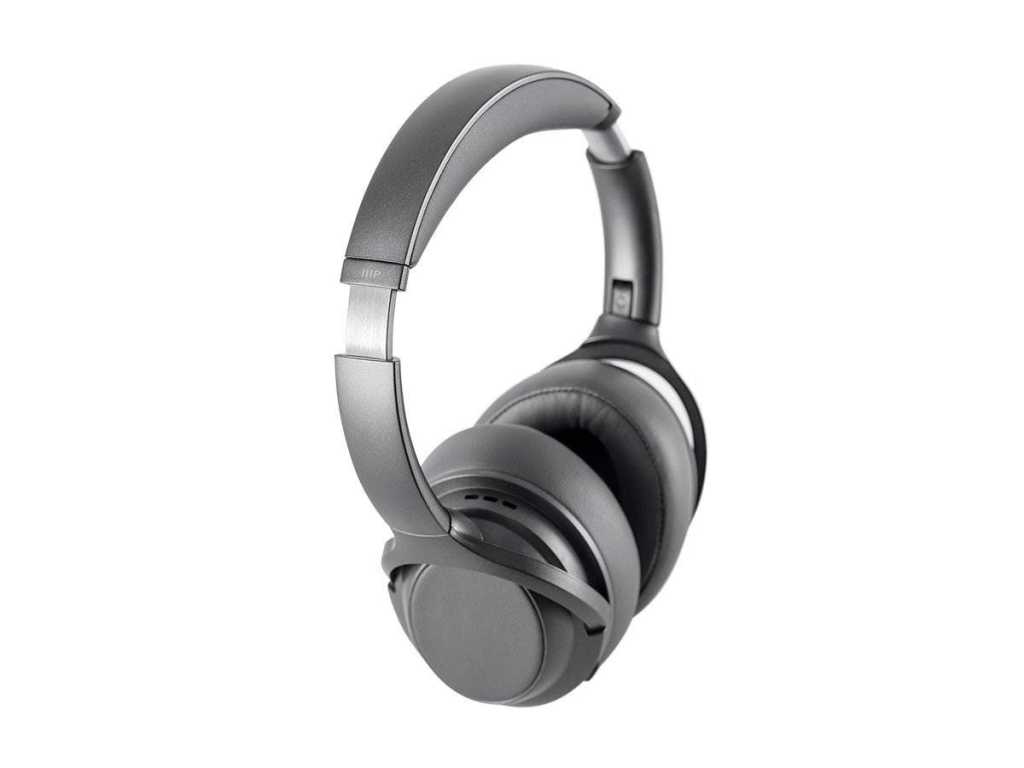 Image: Monoprice
At a Glance

These attractively styled, super comfortable headphones have all the latest goodies and sound quite good for the price. The active noise cancellation is effective, at only small reduction in sonic quality. We hope Monoprice can quickly resolve the Bluetooth connection issues we erncountered.

The ANC isn’t as transparent as what you’ll get with pricier noise-cancelling headphones, such as Sony’s mid-range WH-XB900N, but the sonic difference with ANC engaged on Monoprice’s headphone is less discernable than we were expecting given the price.

Alas, as of this writing, there was a connectivity issue that affected our testing, so read carefully. We’ll report back with Monoprice’s final word or solution on the problem when we get it.

The Monoprice BT600ANC buck the trend for “serious” headphones by employing various shades of medium to dark gray in their color scheme. Professional looking, without being guady. I’m a fan. As matter of fact, the BT600ANC can run with any headphones I’ve seen when it comes to style.

They’re also lightweight at around 10 ounces, and supremely well-padded, both in the headband and the ear cups. My ears never got close to the speaker grills, but the BT600ANC still fit tightly enough to kill a lot of ambient sound even when turned off. I’ll just cut to the chase and say they’re among the most comfortable headphones I’ve worn.

The left cup features USB-C charging port. There’s also a battery/charging status LED. But the right cup is where all the action is, including the mics that captures the reverse-phase signal used to kill the outside noise,

The face of the right cup is a touchpad that you use to control volume (swipe up/down), change tracks (swipe forward/back), tap to pause, and so on. The right cup is also used to control phone calls. There’s a physical triple-button for Bluetooth pairing (lower), power on/off (center), and turning ambient sound and ANC on/off (upper). A 3.5mm cable jack for wired use, and a connection status light also reside on the right cup. There’s voice confirmation (“ANC on,” for example) for most actions.

Monoprice doesn’t quote the Bluetooth version, but it does support the aptX HD (48kHz/24-bit) codec. The drivers are 40mm, which is large enough to reproduce sub-bass to a mild extent. The battery is 500mAh and claimed run time is 40 hours without ANC, 25 with it. If you’re in a plane for more than 25 hours, get help.

Without the ANC microphones involved, the BT600ANC’s produce very good sound. Not spectacular, but certainly on par with headphones costing twice as much. The ANC does a very good job of reducing noise, and you can let the outside ambient noise in if you wish, but both do affect the quality of the sound slightly. I’ve heard much worse in bargain phones though. 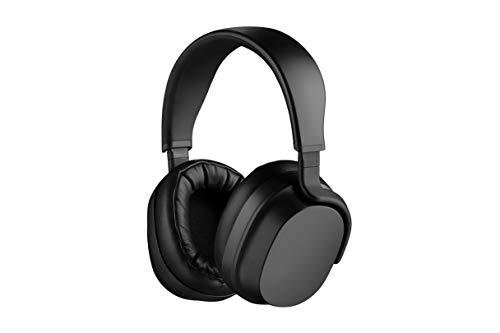 Sans ANC, there’s good power in the lower mid-range, and plenty of bass (“Thunderstruck” by AC/DC). The sub-bass (Young Jeezy’s “Put On”) is a bit muddy compared to the non-ANC Drop +THX Panda, but that headphone costs four times as much. If I wished for anything, it would be that the high mid-range was a bit better delineated. Individual instruments in the sound field were a bit harder to discern than with really good headsets (“Africa” by Toto; “Mars, Bringer of War” from Gustav Holst’s The Planets).

When the mics and ANC kick in, there’s a very slight dip in the high-end. Nothing drastic, and the sound is still good, it just doesn’t sparkle quite as much. I’m being picky. If you turned the BT600ANC on without realizing the ANC was on, you might not even notice. I had to A/B several dozen times to be sure I wasn’t imagining it, it’s that subtle.

One note: The first thing you’ll hear when you turn on the headphones is a decent quality, but slightly muffled woman’s voice. Don’t let it throw you. The sound is very, very good.

I had no issues initially connecting to my computer, or phone; however, things got sticky from there. Both the transceivers I use for testing TV and video dialog latency seemingly connected with the BT600ANC, but no audio ensued. No amount of recycling power, clearing connections, etc. improved the situation with the original or replacement headphone Monoprice sent me. I also had some subsequent oddities with the computer and phone, though power recycling helped in these cases.

A very good bargain (with an asterisk)

Color me impressed. Mostly. The Monoprice BT600ANC look great and sport tech you wouldn’t expect until you reached twice their $100 price point. Sonically, they’re not on par with something like the $400 Drop + THX Pandas (or the Sony WH-1000HM4, I would imagine, although I haven’t reviewed those particular cans myself). But for the price, you won’t be disappointed in the sound.

On the other hand, the Bluetooth connection issue I encountered can’t be ignored. Currently, I have to advise you to wait until Monoprice has addressed it before purchasing the BT600ANC.