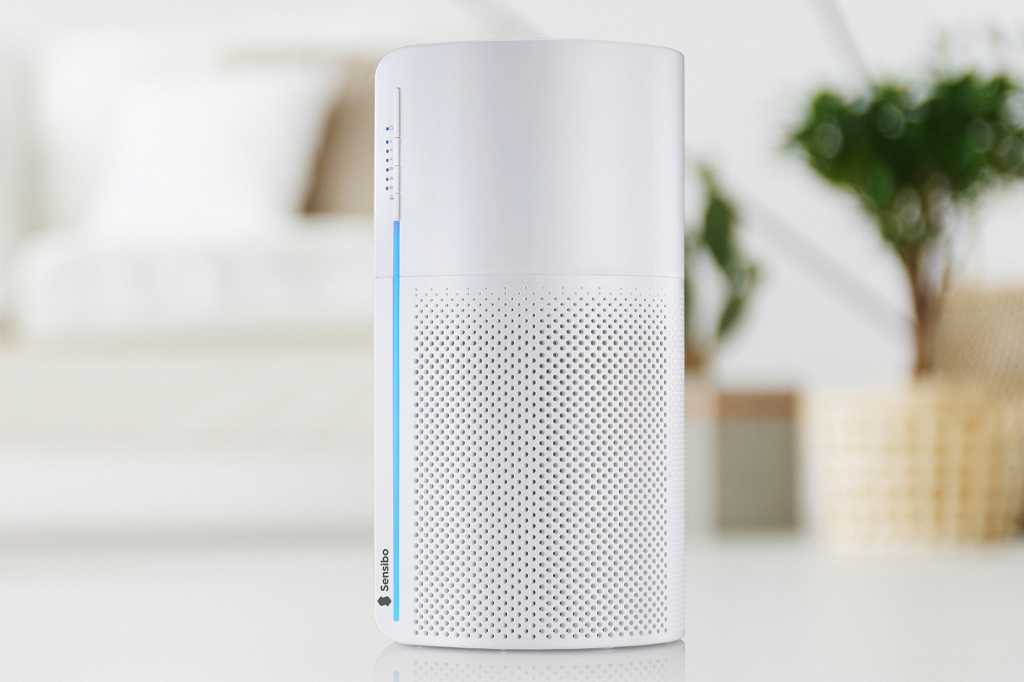 Image: Sensibo
At a Glance

This is an excellent room air purifier, although its onboard sensors, Wi-Fi connectivity, and smart features push up its price tag relative to the volume of air it can process. It’s a particularly good choice if you also have a room air conditioner controlled by a Sensibo Air or Sensibo Sky.

Best known for its Wi-Fi controllers that imbue dumb room air conditioners with smarts, Sensibo has leveraged its expertise to build the Sensibo Pure, a Wi-Fi-connected air purifier for small rooms. The Senisbo Pure can work in conjunction with Sensibo’s other products to improve air quality, but it doesn’t depend on the presence of one. 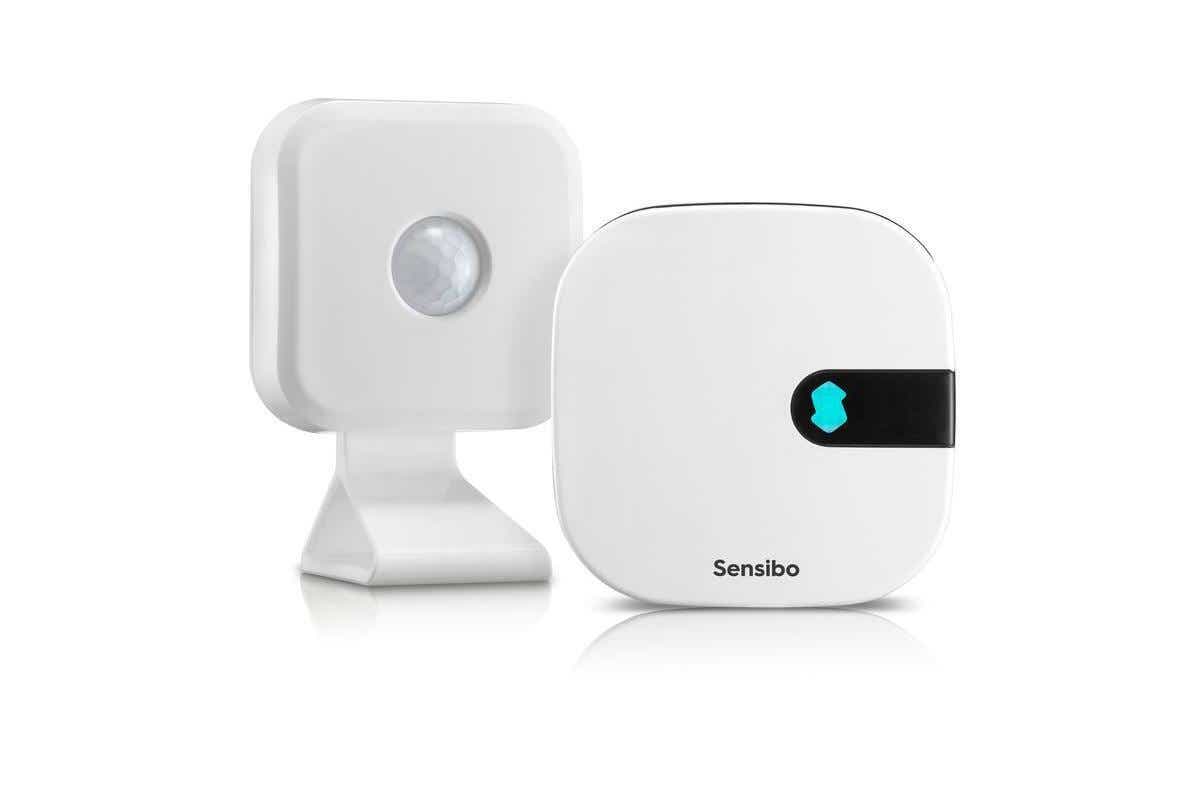 The tradeoff for this air purifier’s relatively small size—it measures 7.68 x 7.68 x 15.28 inches (WxDxH)—is that it can cover rooms only up to 173 square feet (e.g., a room with dimensions of about 13 x 13 feet with a typical 8-foot ceiling). Multiple Sensibo Pure’s can be deployed around your home and controlled from its mobile app once they’re connected to your Wi-Fi network (2.4GHz only). A feature Sensibo calls Pure Boost can increase that coverage to 294 square feet for a limited time (more on that in a bit).

A carbon filter then absorbs odors from smoke and VOCs (volatile organic compounds), such as formaldehyde and gases emitted while you’re cooking food, before the cleansed air is released back into the room through the top of the device. These three filter elements are housed in a proprietary unit that Sensibo says should last about six months under normal use. The filters, which cannot be washed or otherwise cleaned, cost $35 each. You can get a nominal discount by signing up for a subscription refill service.

The Sensibo Pure is outfitted with an air-quality sensor capable of detecting particulate matter down to PM2.5 (that’s 2.5 microns in diameter) floating in the air. The device also uses what it calls “street-level pollution services” to monitor the air quality outside your home. It uses this information to determine when it should power up and do its thing.

The Sensibo Pure will also inform you of your air quality using a multi-color LED: Blue indicates “good” air quality, yellow indicates “moderate” air quality, and red warns of “unhealthy” conditions. You can turn this LED off or set it to two levels of brightness: “standard” and “soft.”

You can also monitor air quality via Sensibo’s app from anywhere you have broadband access. And if you have a compatible window or portable air conditioner controlled by a Sensibo Sky or Sensibo Air, the Sensibo Pure will trigger the air conditioner’s fan to increase air circulation if the Pure’s onboard sensor detects unhealthy air quality.

Interestingly, I found that an AirThings air-quality sensor deployed in the same room as the Sensibo Pure generally indicated the air quality was lower than what Sensibo measured. AirThings, however, does not measure the amount of particulate matter in the air (it does detect the presence of radon and it reports carbon-dioxide and VOC levels, among other things). Whenever the AirThings sensor reported poor or even fair air quality, however, the Pure invariably switched to Pure Boost mode for 20 minutes, which improved the air quality as measured by both sensors.

A timer button will automatically turn the Sensibo Pure off after four or eight hours. You can operate it manually by pushing a button to toggle its fan speed between low and high, or you can select an “auto” fan level that will trigger it to automatically switch to high speed when its onboard sensor reports the room’s air quality to be poor. But Sensibo doesn’t recommend using this setting unless the device is not connected to Sensibo’s cloud-based servers; instead, the company recommends you put the air purifier in Pure Boost mode, which will also regulate the fan speed automatically in accordance with air quality conditions.

Under normal usage, the Sensibo Pure purrs along with a minor fan whir. It’s not especially loud even when its fan is on high—about 53dB (roughly equivalent to the average sound of a running refrigerator). Pure Boost mode, however, really jacks up the volume; fortunately, it automatically shuts down after 20 minutes.

You can also use the Sensibo app to program the Pure to activate Pure Boost based on your smartphone’s geolocation, so it will kick into high gear while you’re away from home and won’t hear it running at its highest, noisiest speed.

The Sensibo Pure can be controlled with Amazon Alexa and Google Assistant-powered smart speakers, as well as Apple Siri shortcuts, but it is not currently HomeKit compatible.

The inclusion of an integrated air quality monitor really adds to the the Sensibo Pure’s value proposition, as does its Wi-Fi connectivity and app control. That said, its $199 list price seems a little high for the coverage it can provide. You’ll find lots of non-connected small air purifiers selling for about half that much. Preorder one now, however, and you can get it for $159, plus shipping (shipping is included if you buy more than one at a time). Sensibo expects to ship units on April 15.

The Sensibo Pure is at its best when paired with one the company’s air-conditioner controllers, since the two systems will work in concert to ensure your room has quality air. On the downside, those controllers only work with room air conditioners (portable, window-mounted units, or mini-splits—any type of air conditioning unit that can be controlled by an infrared remote. That rules out most, but not all central air-conditioning systems).