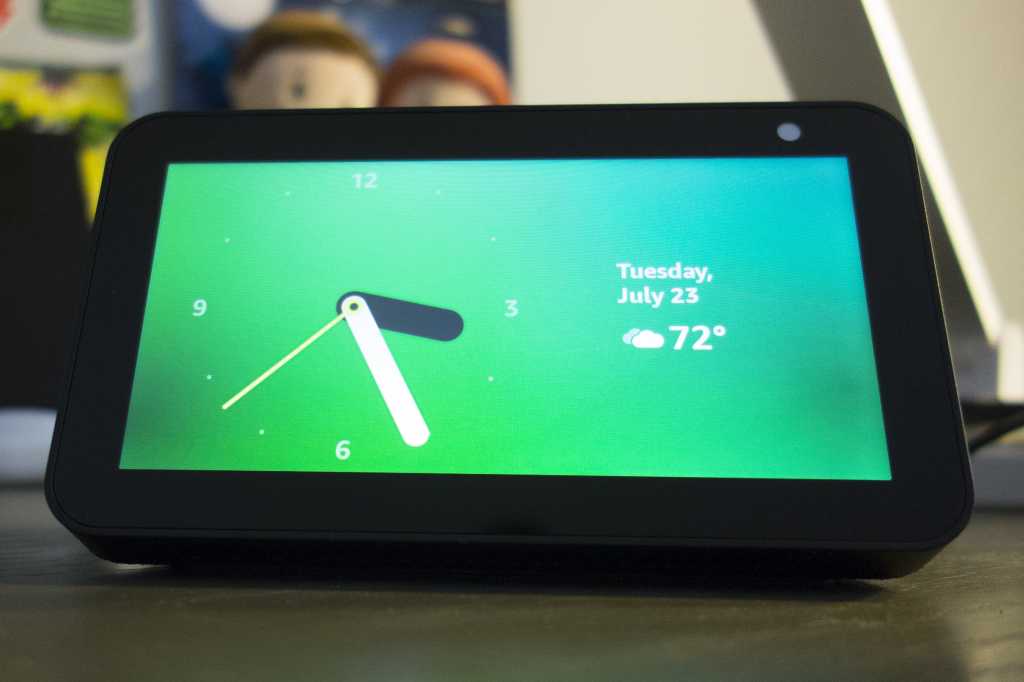 If you prefer your smart speakers with a screen to show off pictures and videos, you won’t want to miss this deal. Amazon is selling the Echo Show 5 for $50 instead of $90 and the Echo Show 8 is $75, down from the usual $130. To sweeten the deals even futher, both smart displays also come with a free one-year subscription to the Food Network Kitchen streaming app.

We adored the Echo Show 5, giving it 4.5 out of 5 stars and an Editors’ Choice award. “Whether you’re using it as an alarm clock, a video player, or a smart home hub, the Echo Show 5 is a fantastic addition to the Alexa family,” we said.

It features a 5.5-inch display, and as with other Alexa devices it can deliver weather and traffic updates, answer simple web queries, and stream music from a number of services. It can also make Skype calls, connect with other friends and family who have an Echo device over video chat, display photos, and play video from Netflix and Amazon Prime video.

The larger Echo Show 8 can do everything the smaller display can, only with a larger 8-inch screen.

Food Network Kitchen, meanwhile, gives you access to more than 80,000 recipes, and you can stream videos from the app as well.