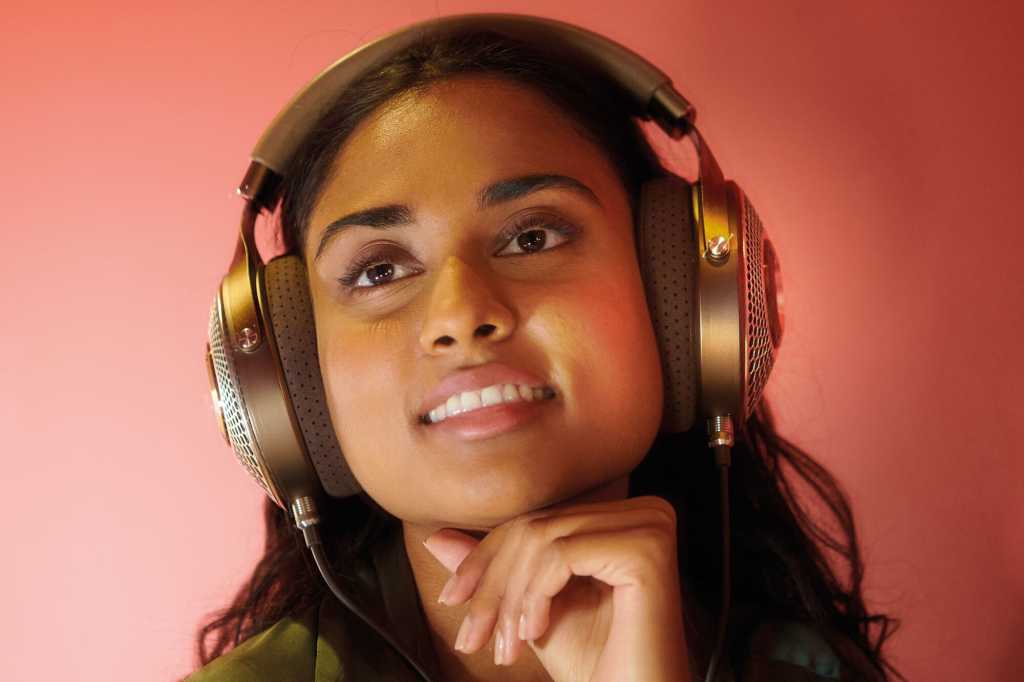 The Focal Clear Mg is an exemplary headphone, with clean, clear sound, neutral tonal balance, and wide sound stage. Its only drawback is its high price tag.

The French audio company Focal has a well-deserved reputation for producing some of the finest—and most expensive—headphones in the world. TechHive has verified the veracity of that reputation in its reviews of the Clear ($1,490), Elegia (discontinued), Radiance ($1,290), and Stellia ($2,990).

Not one to rest on its laurels, Focal strives for ongoing improvement in its products. Today, the company announces that it is replacing the Clear model with the Clear Mg, which sells for the same price of $1,490. I didn’t have the opportunity to hear the original Clear, but the new Clear Mg offers stunningly beautiful sound that truly lives up to its name.

Like its progenitor, the Clear Mg is an over-the-ear (circumaural), open-back headphone. In fact, other than the color and design of the outer grille, the only difference between the Clear and Clear Mg is the composition of the diaphragm. As the name indicates, the new diaphragm is pure magnesium; the previous model used an aluminum/magnesium alloy. According to Focal, magnesium makes the diaphragm even lighter and more rigid with more damping than the previous model.

In both models, the diaphragm is a 40mm “M-shaped” dome, so named because the cross section resembles the letter “M.” This design is said to increase rigidity for more precision and less distortion. Also, the Focal-exclusive frameless pure-copper voice coil reduces the mass even further. The result is a frequency response from 5Hz to 28kHz (±3 dB) with a THD of 0.25% @ 1kHz/100dB SPL and a sensitivity of 104dB SPL/1mW @ 1kHz. The impedance is 55 ohms, making the Clear Mg relatively easy to drive from a portable player.

The headband and solid-aluminum yoke mechanisms are the same as found on the original Clear and other high-end headphones from Focal. The consistent curve between these elements is said to offer superior comfort regardless of the shape and size of the listener’s head. In addition, the earpads consist of high-resilience memory foam covered with perforated microfiber, while the headband is covered with leather on the sides and top with microfiber on the bottom.

As I mentioned earlier, the earcups are open-back, so they do not offer as much isolation from ambient sound as closed-back designs. In a quiet environment, however, open-back earcups can offer a more expansive sound stage that some listeners prefer. The redesigned honeycomb outer grille also contributes to a more open sound—the original Clear had an outer grille that resembled a somewhat tightly woven screen. And Focal claims that the perforations in the microfiber covering the earpads also enhance this effect while offering greater tolerance of earcup position on the head. The inner grille is M-shaped, mirroring the shape of the diaphragm, which is said to result in better high-frequency reproduction.

Like Focal’s other high-end headphones, the Clear Mg comes with two cables: a 3-meter (10-foot) cable with 4-pin XLR connector intended for home use with an amplifier such as the Focal Arche (discontinued, new model coming soon) and a 1.2-meter (3-foot) cable with a 3.5mm connector for mobile devices. Also included is a 1/4-inch adaptor that screws onto the 3.5mm plug, which is more secure than a snap-on design.

In yet another similarity with Focal’s other high-end cans, the Clear Mg’s packaging is a cut above. A large, sturdy box includes the headphone in its rigid, woven-cover, color-matching case along with a separate case for the cables. Even the documentation, sparse as it is, comes in its own folder.

As I’ve come to expect from Focal headphones, the Clear Mg is supremely comfortable, with large earpads that fit easily over my relatively large ears. Also, the clamping pressure on my head is very low, making it easy to wear for hours without fatigue. It certainly didn’t block ambient noise as well as the closed-back Stellia, but I was surprised at how much isolation it did provide.

As usual, I listened to high-resolution tracks from Tidal’s Master library playing from my iPhone XS. I used the iFi hip-dac as the DAC and amplifier.

I started with “Home Is” by Jacob Collier from his album Djesse Vol. 1. On this track, Collier is joined by British vocal ensemble Voces8 in what sounds like a massively overdubbed choral performance in a huge acoustic space such as a cathedral. There is some super-low bass drum in addition to the voices, which include some deep basses and high sopranos. The Clear Mg sounded gorgeous with a clean, spacious sound, no congestion, and neutral tonal balance.

Next, I turned to one of my all-time favorite vocal groups, Take 6. “Evermore” from the album So Cool is mostly a cappella with a few light percussion instruments. It makes creative use of the stereo sound stage, which the Clear Mg rendered beautifully with a clean, open sound. The voices sounded entirely natural, and Alvin Chea’s deep bass voice was richly rendered.

Guitarist Pat Metheny’s new album Road to the Sun includes an arrangement of Arvo Pärt’s pensive “Für Alina” for 42-string guitar. The sound of that unusual instrument is quite amazing, somewhat like a hammer dulcimer being plucked, with deep bass and delicate mids and highs. As before, the Clear Mg sounded clear and open with excellent tonal balance.

For some straight-up rock, I listened to the classic “Hard to Handle” by The Black Crowes from Shake Your Money Maker (30th Anniversary Deluxe). It sounded solid and clean on the Clear Mg, with the vocal right up front. The sound stage wasn’t quite as wide as I’d heard on other tracks, which was probably due to the mix.

Moving on to jazz, I cued up “That’s All” from Diana Krall’s This Dream of You. The instrumentation is simple—piano, guitar, acoustic bass, drums, and of course, Krall’s incredible voice, which is mixed very forward. On the Clear Mg, I could hear each instrument clearly, including every breath and nuance in her voice, all within a well-integrated whole.

Another of my all-time favorite groups is Steely Dan, so I played “Gaslighting Abbie” from Two Against Nature. Once again, the Clear Mg was a joy to listen to, with tight bass and wide sound stage that allowed me to hear deep into the mix.

Hilary Hahn is one of the best classical violinists in the world, as amply demonstrated by her recording of Prokofiev’s Violin Concerto No.1 in D Major, Op. 19, with the Orchestre Philharmonique de Radio France under the direction of Mikko Franck on the album Paris. I listened to the third movement, which sounded clear and open with great dynamic range and a wide sound stage on the Clear Mg. The violin was well balanced with the orchestra, and each section was well-delineated yet completely integrated.

Finally, I brought out the big guns with Mussorgsky’s Night on Bald Mountain as recorded by the Weiner Philharmoniker under Gustavo Dudamel for the album Pictures at an Exhibition. The Clear Mg did this massive piece full justice with excellent dynamic range and a wide sound stage. As before, each section and solo instrument was clearly delineated within a cohesive whole. 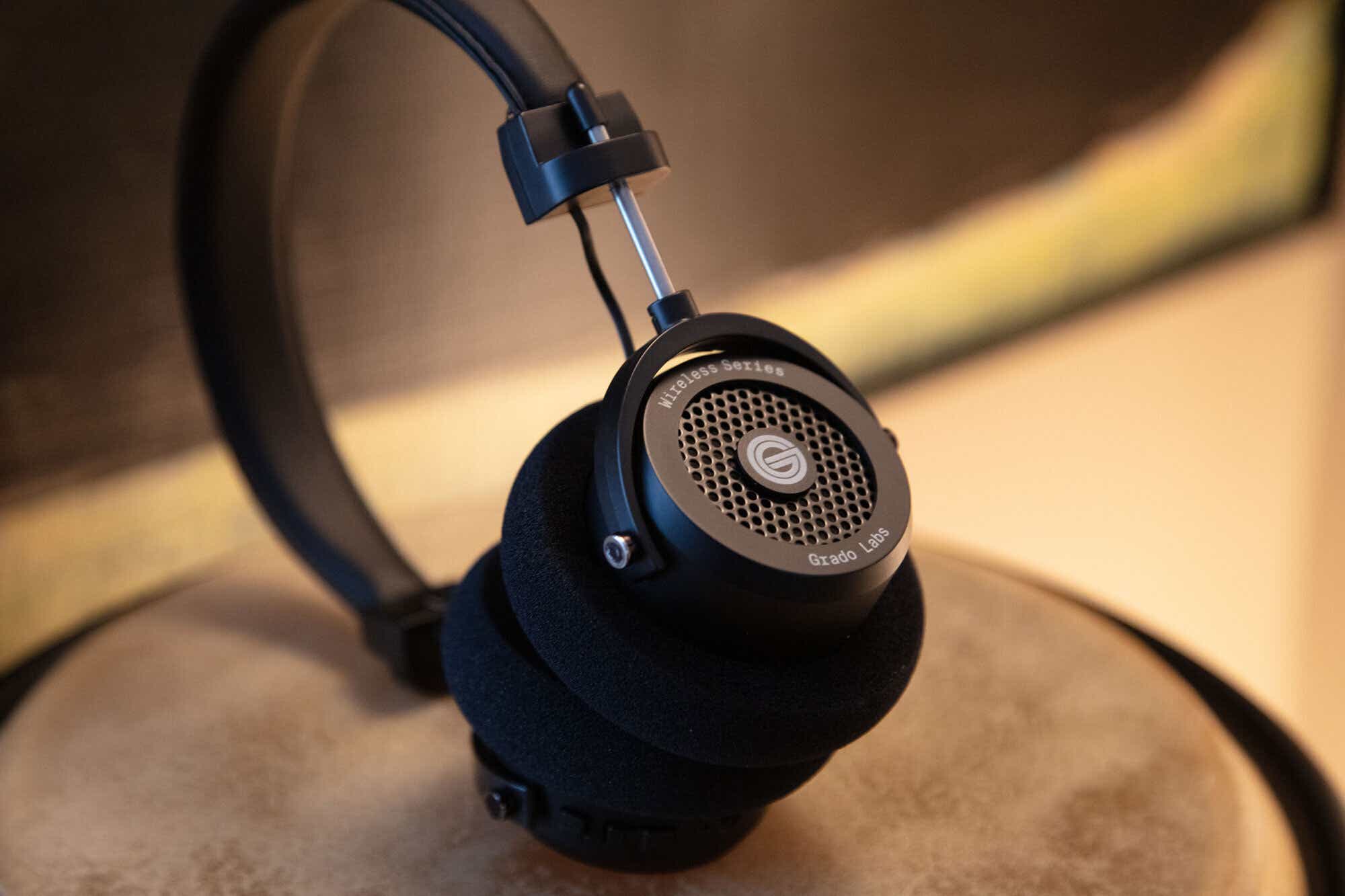 I listened to each track on all three headphones. In all cases, the Stellia sounded very similar to the Clear Mg, except that it was a bit louder at the same volume setting, the bass was slightly more pronounced, and the overall sound was just a little richer and thicker. Also, the sound stage was not quite as wide, bringing the instruments and voice a bit closer in. Mind you, these are not complaints, and the differences were minor.

By contrast, the GW100 v2 sounded a bit lighter and brighter overall. Also, it was a just bit softer at the same volume setting with slightly less bass, though that was certainly not a problem. And the sound stage was just as wide as the Clear Mg’s.

I’m a big fan of Focal’s headphones, and the Clear Mg is certainly no exception. Its name perfectly represents its sound: clear, clean, and open with a wide sound stage and neutral, precise tonal balance. It’s also supremely comfortable. No wonder recording engineers love it! In fact, the Clear Mg is also available in a Pro version, which differs from the consumer version only in color, included cables, and an extra set of earpads.

At $1,490, the Clear Mg is quite expensive, though it’s half the cost of the Stellia. Aside from price, the choice between them comes down to personal preference. The Stellia has a slightly richer sound with a bit more bass, which will appeal to many listeners, and it provides better isolation from ambient sounds. But if you prefer a more neutral sound with a slightly wider sound stage, and you can tolerate less isolation, the Clear Mg is a clear winner.