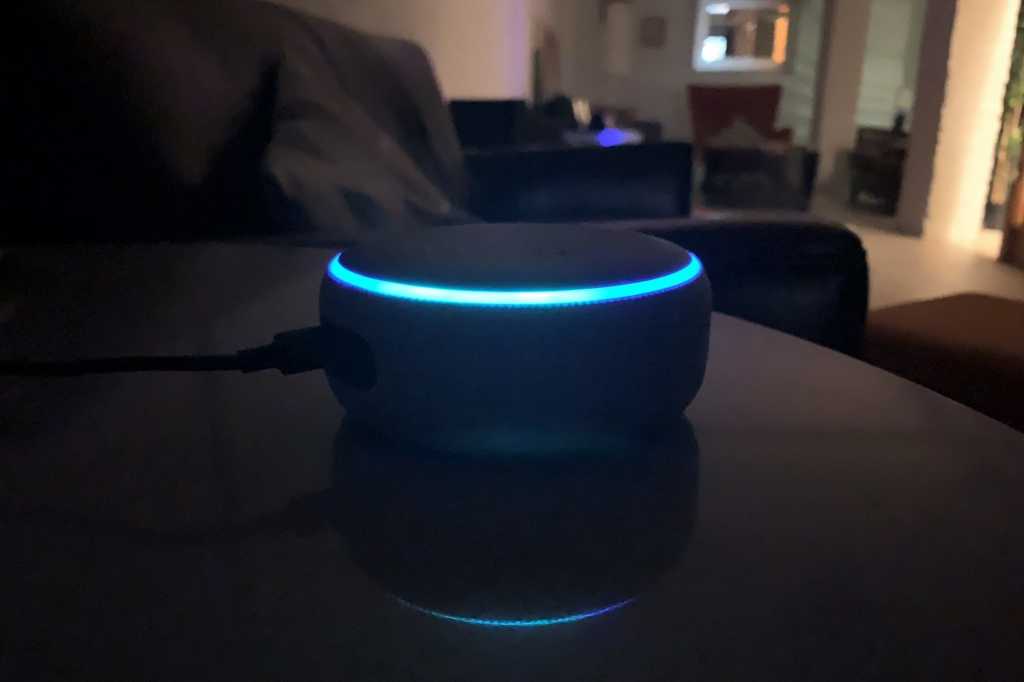 Picture this: You’re working away in your home office when you realize that once again, you’ve lost your AirPods. Instead of getting up and poking around your sofa cushions, you simply look up and say, “Alexa, come here.”

Dutifully, your Echo Bot (that’s my name for it) rolls up, peering at you with a camera embedded on a “retractable pole,” as it’s been described in a recent Business Insider story reported on by SlashGear that claims more than 800 Amazon employees are working on the project as a “top priority.”

“Alexa, find my AirPods,” you say, and the Echo Bot dutifully spins around and begins scouring your living room for the lost earbuds.

Soon enough, the Bot returns. “I found your AirPods, Ben,” Alexa says, displaying a snapshot of the missing accessories nestled on your couch (of course). “Also, would you like to join your 12 o’clock Zoom meeting”?

Sound far-fetched? Well, maybe not so much.

Rumors of an Amazon-made robot have been simmering for years now, with Bloomberg’s Mark Gurman (a reliable Apple-leak reporter) checking in once a year or so with a status report on Vesta, the purported code-name for the bot.

As described by Business Insider, the goal of the Vesta team is to create a robot that’s like a “Fire Tablet mounted on wheels,” handy for conducting video conferences while you stroll from room to room.

About the size of “two small cats” (I’m not making this up), one Vesta prototype that’s “being considered” includes a screen, microphones, and an array of cameras, according to the report.

Even more intriguing is the possibility of such add-ons as temperature and humidity sensors, while Vesta could even have (as I mentioned above) a retractable pole and a camera that could be “used to find missing items, like keys and wallets.” A “small compartment” to “carry objects” is also being considered, Business Insider says.

Vesta might sound a little nuts, but Amazon has never been afraid to think outside the box—sometimes way out—when it comes to Alexa and smart home devices.

Who can forget the Echo Look, a voice-activated camera that captured your look and dispensed fashion advice. And just last year, Amazon-owned Ring unveiled the Always Home Cam, an automated, camera-equipped drone that flies around inside your house, looking for intruders, open windows, unattended stove burners, and other signs of danger. Ring has yet to ship the product.

Then there’s the Echo Frames, the Alexa-powered eyeglasses now widely available, and the Echo Loop, an Alexa ring that Amazon just stuck back in a drawer. Heck, even the more conventional Echo Show 10, which just started shipping, has a motorized display that can follow you as you move around the room.

Of course, Business Insider points out that Vesta might never see the light of day, or that it could arrive only to languish in an “invite only” limbo like the Echo Frames and Loop did.

But if Vesta truly is in a “late-prototype” stage, it might eventually trundle up during one of Amazon’s hardware parades.

So, are you ready for a rolling Alexa?