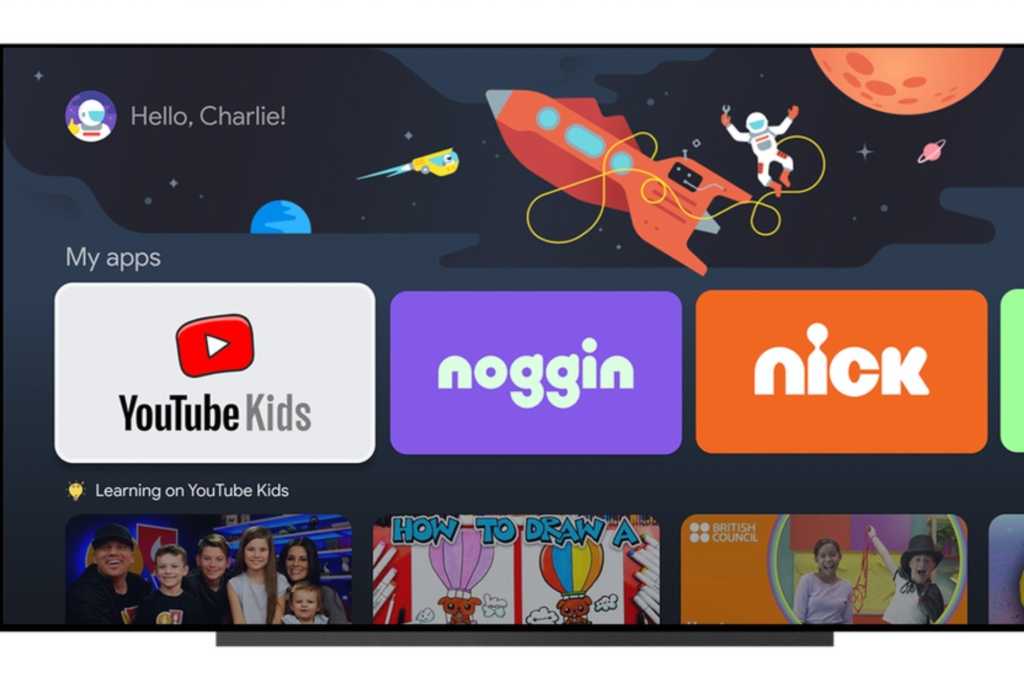 One of our chief criticisms of Google TV on last year’s revamped Chromecast was the lack of multi-user support. But while the ability to switch between adult Google accounts on Google TV remains a sorely missing feature, support for kids accounts is slated to arrive in the coming weeks.

Kids profiles will be coming to Chromecast with Google TV and supported Google TV-enabled devices “starting this month,” Google says. You’ll be able to add an existing Google child account to Google TV, or you can skip the account process and simply create a profile with a kid’s name and age.

Child profiles on Google TV will feature rows of recommended videos from kid-friendly (and parent-approved) apps, while the interface itself will be festooned with “bright colors” and “fun illustrations.” Young’uns will be able to pick background themes ranging from “Under the sea” to “Space travel,” and they’ll also—eventually—be able to pick avatars.

Meanwhile, parents will be able to decide which apps will be enabled for each kid’s profile, as well as set daily screen-time limits and enforce a bedtime.

Crucially, Google TV will pop up three warnings before the clock runs out on a given screen time session, which can help cut down on the “that’s not fair!” complaints. You’ll also be able to add “bonus” time during, say, the weekend, or as a carrot for setting the dinner table without complaint.

Kids profiles on Google TV will be integrated into Google’s Family Link app, allowing you to keep tabs on your kids’ viewing habits across all their connected Google devices, including Chromebooks and Android phones. The Family Link app will also let you nix access to specific Google TV apps remotely.

The arrival of kids profiles on Google TV is good news for parents tired of seeing episodes of Thomas the Tank Engine and iCarly crowd into their video recommendations. But what about true multi-user support? No word yet, unfortunately, but hopefully the addition of kids profiles means that account switching for grown-ups is somewhere on the horizon.