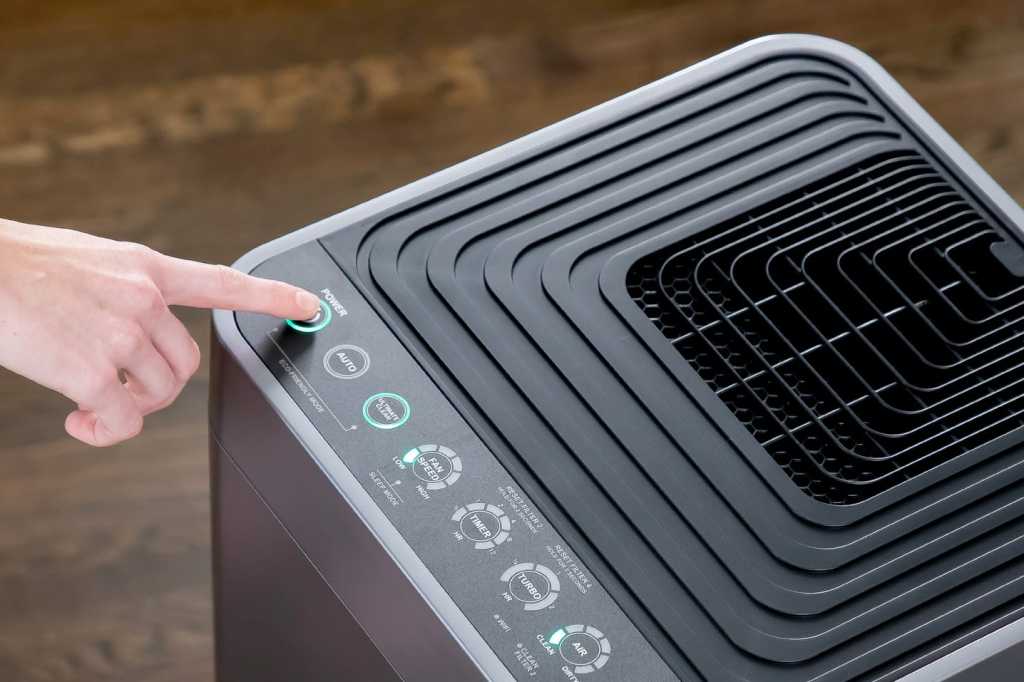 This powerful air purifier provides up to 1,200 square feet of coverage, and it will fit into your smart home ecosystem, too.

Our COVID-obsessed world is bringing understandable new attention to an old technology: the air purifier. While dozens of units of varying sizes and capacities are available at retail, none is quite as advanced as the NuWave OxyPure, which I’ve been reviewing in my own home for a week.

You needn’t even open the box to see that this is no questionably capable drop-shipped export. About the size of a small dorm refrigerator (and mounted on casters), the 14.2 x 14.2 x 26.3-inch, 27-pound device has tons of power and is designed to clean the air of a space as large as 1,200 square feet. It boasts Clean Air Delivery Rates (CADR) of 332 cubic feet per minute (CFM) for tobacco, cooking, and fireplace smoke; 346 CFM for dust; and 369 CFM for pollen. The manufacturer says it’s capable of remove particles as small as .09 microns from the air.

Air is taken in through vents on all four sides of the unit, at the floor level, pushed upward through a series of four filters, and output through a vent on the top of the device. The four filters include a stainless-steel pre-filter for large particulates, such as pet dander; an electrostatic filter to remove bacteria, viruses, and mold; an ozone filter that degrades ozone to oxygen; and a HEPA/carbon combo filter to capture gases and volatile organic compounds (VOCs).

The first three filters can be washed and reused. Each of them is rated to have up to a 20-year lifespan. The HEPA filter must be replaced annually or more often, depending on usage. Four HEPA filters are included with your initial purchase.

In usage, the OxyPure’s touch-sensitive controls are intuitive and easy to work with, letting you manually adjust air speed or use the auto mode to run based on the unit’s deduction of how dirty (and/or smelly) your air is. An optional timer can be set to run anywhere from 30 minutes to 12 hours before it automatically turns off. All modes run well, though if you let the unit adjust its power by itself, it tends to burst into its highest-volume (and loudest) modes for up to a minute before dropping down to a quiet hum for a longer while, then repeating the process a few minutes later.

I’m currently doing a small kitchen remodel, and the amount of drywall dust in the air is choking at times, but this unit does an impressive job of sucking it away quickly. As well, a University of Minnesota test showed significant success at removing respiratory coronavirus from the air—at least on the highest power settings—potentially making this a good pick for commercial environments looking to improve customer safety. (Full disclosure: I am not a doctor or epidemiologist.)

The OxyPure is also a smart device, with a 2.4GHz Wi-Fi adapter onboard and a mobile app that you can use to interact with it. Alas, the app is really just a copy of the hardware controls, which is not terribly useful unless the unit is out of reach—or you’re away from home. The better news is that the app supports both Alexa and Google Assistant, so if you want to create automations or connect it to other smart home devices, you’re covered if you have one of those ecosystems in your home.

The bad news is the price. At $600, the OxyPure is considerably more expensive than most household air purifiers, though again it offers much more impressive performance than the typical unit. (It’s definitely something I’ll want to have on hand when California’s fire season arrives this fall.) The smart features are only marginally useful—although the unit can do more than my much-more-expensive smart refrigerator—but they’re a “nice to have” addition in any event.