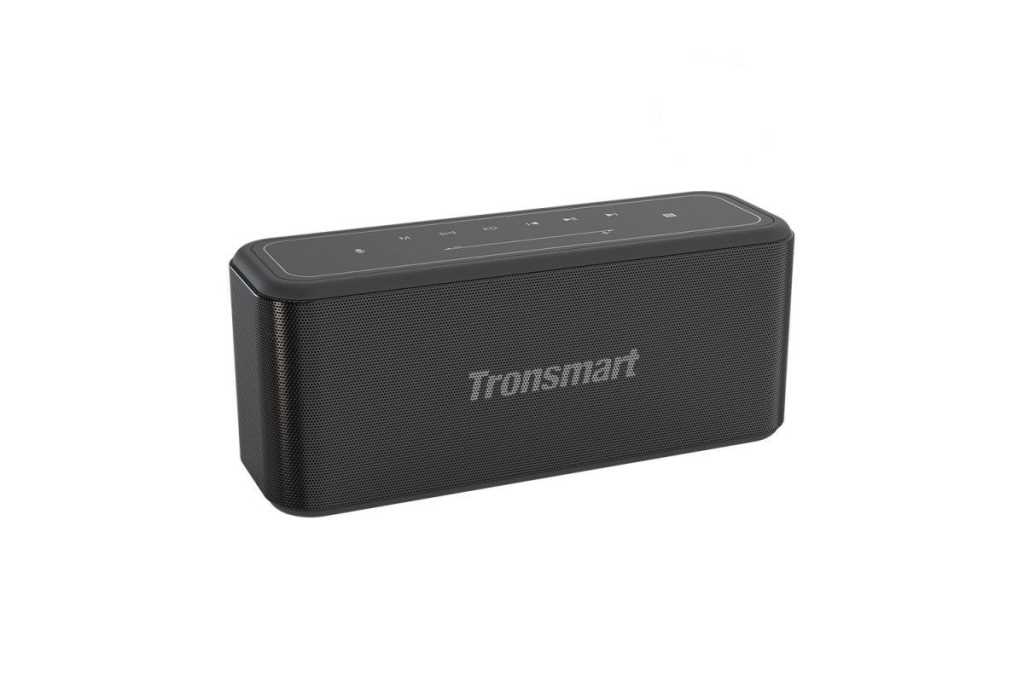 For raw power at a solid price, Tronsmart’s Mega Pro Bluetooth speaker has you fully covered.

While the typical portable Bluetooth speaker tops out at 30 watts, Tronsmart’s Mega Pro doubles up the power to 60 watts. And you’ll definitely notice the impact.

Sure, it’s not much to look at, an all-black, metal-grilled monolith designed in the familiar “shoebox” form factor and weighing in at nearly four pounds, but Tronsmart seems to suggest your ears should do the heavy lifting.

Although the manufacturer doesn’t break out channels or detail the sizes of its drivers, the company does say that this unit contains dual tweeters, a single woofer and one passive radiator, and separate amplifiers for each channel. A 10,400mAh battery promises to provide about 10 hours of total playtime, which can be delivered via Bluetooth connection, 3.5mm AUX (cable included), or, curiously, via a microSD card slot.

You’ll also find a USB-A port on the rear of the unit, which can be used for charging devices or for playing stored music from a connected thumb drive. The speaker itself charges via a separate USB-C port, and while a USB-C to USB-A cable is included, an A/C power adapter is not. NFC is supported for Bluetooth pairing to your source of choice.

Control-wise, the system offers few surprises. There’s a largely intuitive row of touch-sensitive buttons across the top of the enclosure, including a volume strip that lets you adjust loudness by sliding your fingers along it. A small microphone icon can be tapped to answer incoming phone calls once the device is paired via Bluetooth; you can also use it to activate your phone’s voice assistant. The speaker also includes three equalizer modes. One is designed to accentuate vocals, another is for “3D sound,” and then there’s the default mode: “deep bass,” which I generally found to be the best no matter what kind of music I was playing.

Clearly much attention has been given to the bass output here—it’s downright thundering. That said, as incredibly loud as this speaker can be, it’s also generally crisp and clear. With a specified frequency range of 20Hz to 20kHz (no tolerance given), it handles everything from violin to electric guitar with ease, and lyrics were invariably clean and easy to hear in my testing.

At higher volumes, some distortion does make its way into the mix on the low end, but I often found myself turning the volume down not because of fuzziness but because it was just so incredibly loud. This is a clear contender for outdoor parties, and it doesn’t hurt that the unit is rated as IPX5 waterproof, which means the speaker is protected from water jets coming from any direction (you can read all about IP codes in this story).

Need more power? True Wireless Stereo (TWS) support means you can both double up and create a stereo pair using two Mega Pro speakers (although I was only sent a single unit to test). But frankly, for most environments, a single speaker will probably plenty. At a street price around $90 ($120 MSRP), it’s hardly a budget-breaker either way.