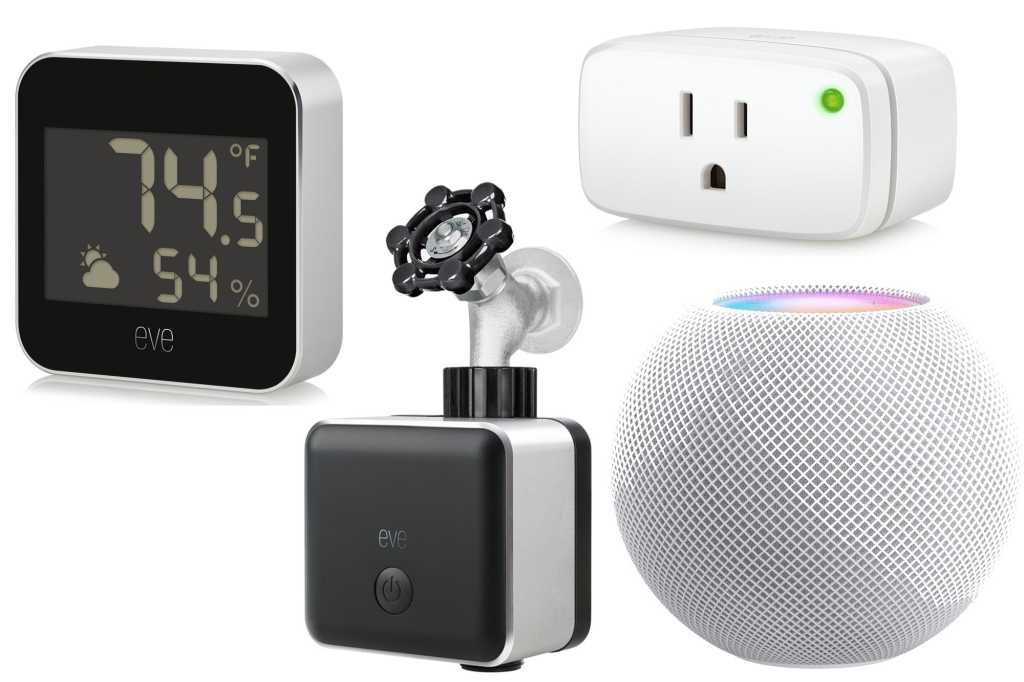 Smart home product developer Eve Systems is going all in on the Thread mesh networking protocol as it relates to Apple’s HomeKit platform.

Eve announced three new smart home products today: a smart plug, an outdoor weather monitor, and a hose-based sprinkler controller. This brings the number of Thread Group-certified products in the company’s portfolio to eight. Eve says it plans to render its entire product line Thread compatible over time, although that will require hardware changes to some existing products (in other words, existing owners will need to replace gear to gain the feature, versus simply updating firmware).

The Eve Energy smart plug will be available April 6 for $39.95. Since it will be plugged into a power source 24/7, it will be capable of acting as a Thread router in addition to controlling the lamp or other device plugged into it (see illustration, below).

Eve Weather is a battery-powered outdoor weather monitor that tracks the local temperature, humidity, and barometric pressure, displaying this information on its screen as well as sending it to an iPhone, where the Eve app will aggregate current and historical climate data. Available March 25 and selling for $69.95, it supports Bluetooth as well as Thread.

The second-generation Eve Aqua, available now for $99.95, is a battery-powered smart sprinkler controller that attaches to an outdoor spigot for irrigating your garden, similar to the Orbit B-Hyve Smart Hose Watering Timer we reviewed in May 2020. Eve says HomeKit over Thread compatibility will be added to that device in early April. Battery-powered devices such as this and the Eve Weather will function as Thread end points.

Buyers will also need to also have a HomeKit hub in the home to automate these devices or to control them from outside the home. Using a HomePod mini—as opposed to an Apple TV (fourth-gen or later), a HomePod, or a cast-off iPad—for this purpose delivers an added benefit in that it will function as a Thread border router.

The Thread router in the Eve Energy will route data traffic between nodes on the Thread network itself, but you’ll need a Thread border router to connect a Thread network to other IP-based networks, such as Wi-Fi or ethernet.

Eve stresses that its smart home products are not dependent on the cloud. If your broadband connection fails, Eve’s smart home products will continue to operate under local control. And to enhance privacy, all data is stored locally, with the Eve Core chipset capable of storing up to six months of data at a time.

We’ll have in-depth hands-on reviews of these new products as soon as we get them in house for testing.