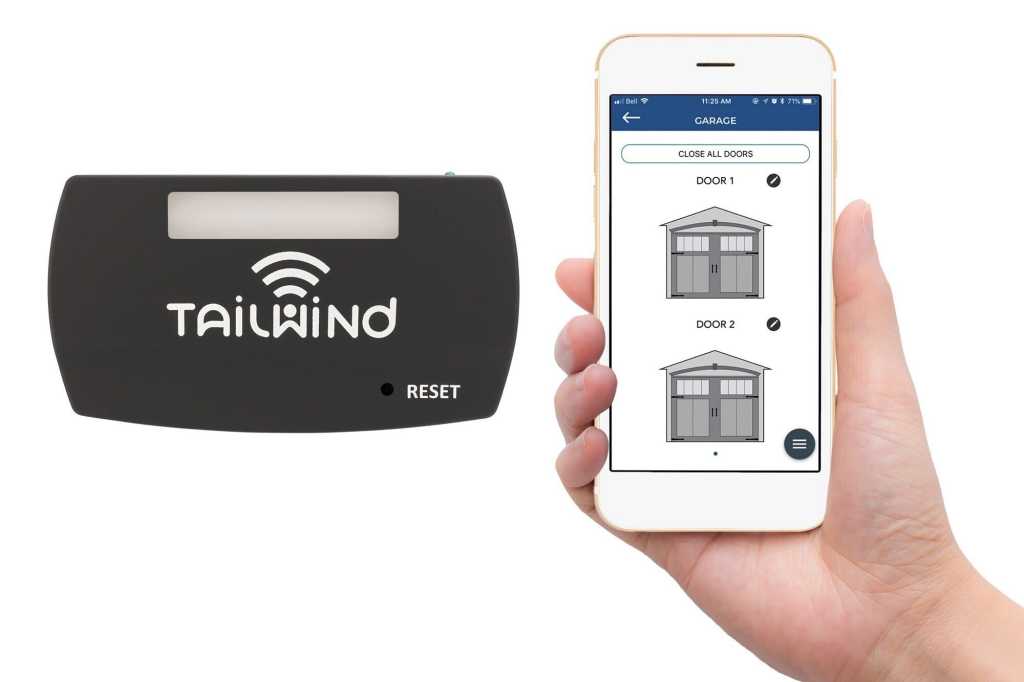 Image: Tailwind
At a Glance

This is an affordable and feature-rich smart garage door controller, but operational headaches sink its usability.

The Tailwind iQ3 has a lot in common with other smart garage door controllers on the market, but the promise of at least one unique feature—the ability to automatically open the door when you get home—caused this reviewer to perk up. Could this be the end of the tyranny of having to push buttons to open the garage door? I was excited to put the iQ3 to the test to find out.

The hardware itself is unobtrusive and familiar: a small black box that sits near your garage door opener and connects via a pair of wires to the motor. The Tailwind app is reasonably helpful at guiding you through this process, as well as alerting you as to whether your door is compatible with the smart controller out of the box. (Like almost all smart garage door controllers, newer-model openers require an adapter that will work with encrypted open/close signals; you’ll need to email the company to obtain a free one.)

This review is part of TechHive’s coverage of the best smart garage door controllers, where you’ll find reviews of the competition’s offerings, plus a buyer’s guide to the features you should consider when shopping for this type of product.

Like the Meross series of controllers, the Tailwind iQ3 relies on a wired door sensor instead of the more common wireless sensor. While this offers arguably better reliability, it does complicate installation quite a bit, requiring you to run a wire along the top of the opener track to the door and mounting a magnetic sensor somewhere along the door frame.

Also like the Meross line, the iQ3 supports up to three doors with a single controller, which will necessitate running multiple sets of wires around your garage. (Extra wiring kits cost $20 for each additional door you want to control.) The hardware setup isn’t difficult, but it does require attention to detail and the willingness to get your hands a bit dirty. 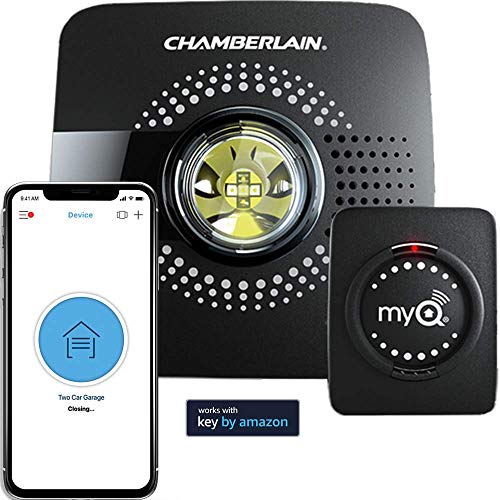 This opener’s wow factor should be its ability to automatically open the garage door when your car approaches, and to automatically close it when you leave. This depends on your car being outfitted with a Bluetooth radio (not a steep requirement for cars built in the last 10 years or so), and you having Tailwind’s app installed on an Android smartphone. If your car doesn’t have Bluetooth, or if you’re an iPhone user, you’ll need to keep one of Tailwind’s iQ3 vehicle sensors in your car. You can purchase a kit that includes this sensor, and you can purchase extras if you have more than one car. I’ll discuss my own experience in a bit, but it wasn’t what was promised.

Tailwind’s app setup is fairly simple, involving the scanning of a QR code on the device (or the small manual) and following a few intuitive steps to connect your opener to your Wi-Fi network (2.4GHz only). If all you want to do is open and close your door on command, the Tailwind interface couldn’t be simpler. Your doors are aligned vertically in the app (though I only tested the unit with one), and tapping on the appropriate icon causes an animation to play as the door opens or closes.

Tailwind’s settings menus, however, are decidedly lacking, in part because different functions are found in different places. If you want to change the icon for your garage or fine-tune the options around how the controller communicates with the opener, you visit one settings menu. But if you want to change Wi-Fi settings or restart the device, you’ll need to visit a different settings menu that can only be found on a different screen that’s reached by tapping the back icon from the primary interface. Options to set schedules and manage notifications (including whether the door has been left open) are in a third location, and even after a week of testing the unit I was still often confused about where to find various functions I needed.

The bigger problem—by far—is that in my testing, the Tailwind lost its connection to my Netgear Orbi CBR750 Wi-Fi 6 router with significant regularity. The router is set up in a room directly above the garage, so range should not be an issue. Be that as it may, the Tailwind would almost always show itself as unavailable whenever I initially launched the app. After a refresh, my door would eventually return to the interface and be available for interaction, but this soon became a regular annoyance, particularly if I was sitting in my car outside the garage, trying to get in.

Making matters worse is Tailwind’s “lockout” system, whereby if it fails to respond to commands twice in a row, it will stop responding altogether by locking down app-based control. To fix this, you must restart or power-cycle the Tailwind unit, or open and close the door by another means. Tailwind says this functionality is required “by law,” referencing the UL 325 safety standard, which is designed to prevent children from getting maimed by unattended doors.

I won’t debate Tailwind’s interpretation of UL 325 here—but I will say that I haven’t encountered this feature on any other smart garage controller I’ve tested to date, and during my testing, my iQ3 was in lockout in mode all the time. Even when I hadn’t used it at all for hours, I would sometimes find it in lockout mode, waiting to be restarted so I could use it again.

Also of note: The system beeps when the garage door closes, and this feature can’t be disabled (that’s also part of UL 325: “Before the door can close, an audible alert in the garage must sound for at least 5 seconds”).

My car is equipped with Bluetooth, but being an iPhone user, Tailwind sent me the kit with its Bluetooth sensor disc included. I never once got the auto-open/auto-close feature to work in my testing, no matter how many times I restarted the unit—and after ensuring the system was not in lockout mode.

I sent queries to Tailwind about this and with other questions I had. The company answered most of my questions, but didn’t respond about my troubles with the automatic open/close feature by press time.

Tailwind supports Alexa, Google Assistant, and IFTTT, and like the Meross Collie, it’s one of few controllers on the market that supports Apple HomeKit, a very recent addition to the package. But none of that means much if the device won’t connect.

Currently priced at $70 with one vehicle sensor, $60 without it, Tailwind seems to be priced well enough. Unfortunately, it just didn’t work reliably enough for me to merit serious consideration.