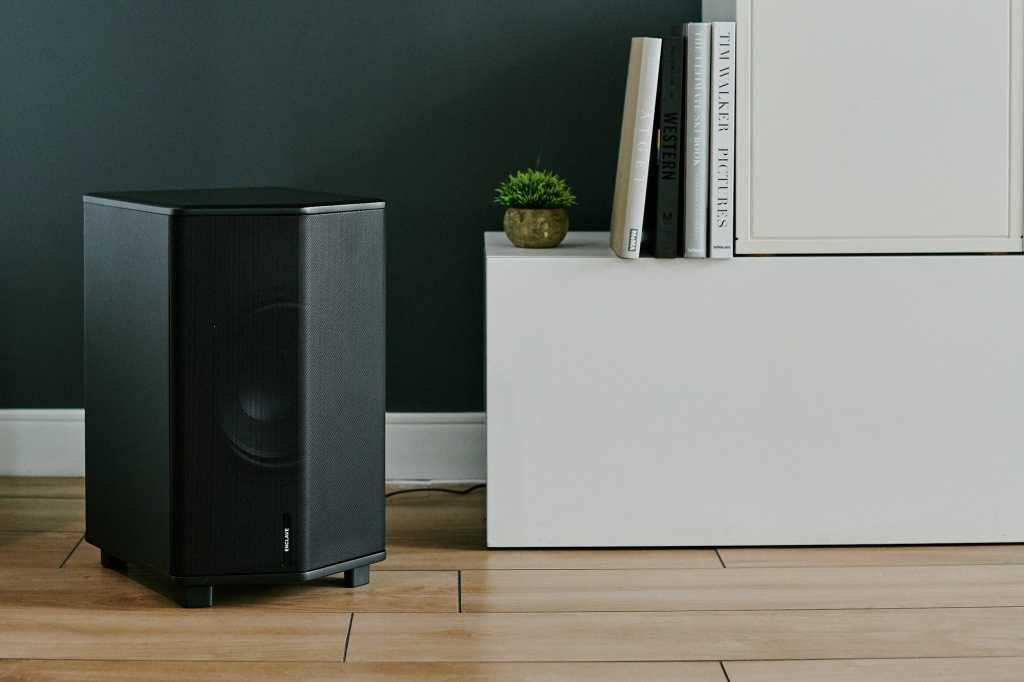 We awarded high marks to Enclave Audio’s CineHome Pro|CineHub Edition THX Certified wireless home theater audio system last year—at least if your primary source of music and movie entertainment is streaming services (more on that at the end). Today, the company announced that it’s shipping add-on subwoofers as upgrades to that system as well as its slightly smaller CineHome II, enabling up to 5.4-channel configurations in either case. 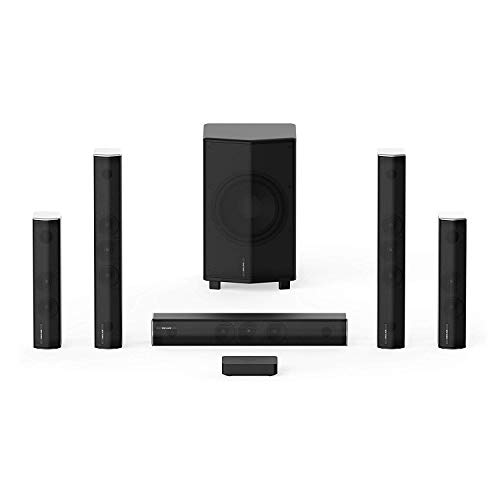 Enclave leverages WiSA (Wireless Speakers & Audio Association) technology, a low-latency, wireless multi-channel technology that supports up to eight channels of uncompressed 24-bit audio at a sampling rate of 48kHz (you can read more about WiSA in this article). As such, the only wire each of the six speakers in the base package needs is a power cable. The same is true for the up to three additional subwoofers that can be added on.

Why would you ever need more than one subwoofer? Even when placed in the perfect spot in a given room, a single subwoofer cannot deliver optimal frequency response for every listening position in that room. While it’s true that low frequencies are non-directional, you still want them to blend with the other speakers in the room, so the bass notes and low-frequency effects sound like they’re coming from each individual speaker.

Ultimately, that can be achieved for just one “sweet spot” in the room. Everyone who isn’t sitting in that sweet spot will experience sub-optimal bass response, with the effect magnified the farther their listening position is from that one sweet spot. This phenomenon is especially problematic in a larger room, and it’s just not something that most soundbar and other mainstream home audio manufacturers take into account.

The $549 CineHome Pro Subwoofer (model EA-1000-THXSUB-US) features a 10-inch front-firing woofer and is designed to supplement the CineHome Pro | CineHub Edition THX Certified. The $399 CineHome II Subwoofer (model EA-200-SUB-US) is outfitted with an 8-inch down-firing woofer and is intended to be paired with the CineHome II system. Both subwoofers are outfitted with Class D amplifiers and are housed in MDF cabinets.

Enclave says users need only place either subwoofer in the desired location in the room, plug it into an electrical outlet, open the Enclave CineHome Remote App on their mobile device, and reset the system to add each subwoofer. WiSA technology takes care of the rest.

While we awarded the CineHome Pro a four-star review, and were especially impressed with WiSA, our enthusiasm was tempered by the fact that this home-theater audio system is designed for people who stream their entertainment from online services more than those of us sticking with local media (CDs, Blu-ray discs, and media stored on local servers—there’s no network support at all). While it does support Dolby Pro Logic, Dolby Digital Plus, and DTS Digital Surround, it doesn’t support lossless codecs like Dolby TrueHD, Dolby Atmos, or DTS Master Audio.

All that said, we applaud Enclvae Audio for offering its customers the opportunity to enhance their home theater audio systems with options most of its competitors don’t.