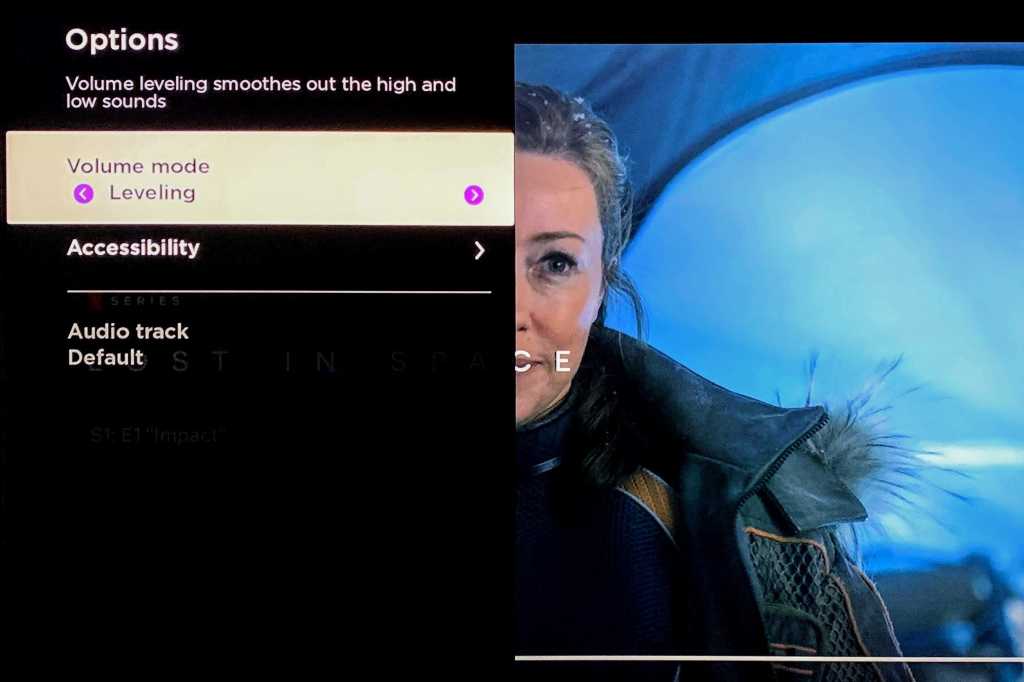 In a perfect world, you’d never have to adjust the volume more than once when you sit down to watch TV.

But as many of us have discovered the unpleasant way, it’s rarely that simple. Depending on which streaming service you choose, or even the program you decide to watch, volume levels can vary drastically. Even over the course of a single program, you might need to reach for the remote several times to keep the sound from getting too loud, especially if you’re dealing with sleeping children, sensitive spouses, or nearby neighbors.

While inconsistent sound levels are hardly a new issue in the audio/video world, streaming services seem to have exacerbated the problem by putting so many different companies in charge of the experience. The good news is that the industry is taking some steps toward solving the problem. In the meantime, there are some tricks you can employ on your own to make volume levels more manageable.

Before writing this column, I wanted to try and quantify some of the volume differences I’ve noticed while using different streaming services, so I set up a little test: For each streaming service, I’d play the first 10 minutes of an action movie or TV show on Amazon’s Fire TV Stick, with a phone running a decibel meter app about six feet away from my Sony HT-G700 soundbar.

The results from one service to the next weren’t always so different. Netflix’s Lost in Space, Disney+’s The Mandalorian, Legion on Hulu, and CBS All Access’ Star Trek: Picard all averaged in the 47- to 49dB range.

But switching to some other services gave me a jolt. The first 10 minutes of Gods of Egypt on Tubi, for instance, averaged 54.4dB, and another Tubi movie, Precious Cargo, was even louder at 59.7dB. YouTube TV was also on the loud side, with an average volume of 55.7dB in the opening minutes of Aquaman.

In each of these cases, even scenes with quiet dialog seemed extra loud to my ears, and action scenes with dramatic music bordered on uncomfortable. Not that I have plans to watch the entirety of Precious Cargo anytime soon, but I’d have definitely cranked the volume down if I’d been playing these films in my living room.

As with so many other pain points in the streaming world, you can blame the number of variables involved.

Mark Johnson, Xperi’s senior vice president of audio and digital media R&D, noted that while most major streaming services have some level of loudness specifications in their content, the industry as a whole doesn’t have any kind of fixed volume specification. (By comparison, as Gaudio Lab’s Henney Oh pointed out last year, the broadcast TV industry has standard guidance for loudness levels, and there’s a U.S. law that prevents traditional TV commercials from being too loud.)

Those streaming services are also targeting a broad range of devices, from streaming players and smart TVs to phones, tablets, and laptops. And while it’s not a streaming-specific problem, the creators themselves can have widely different ideas on what a movie or show should sound like. (Just like Christopher Nolan, who’s notorious for obscuring his films’ dialog on purpose.)

“Issues with standardizing volume is a consequence of the vast choice that is in the market – today, content is consumed in so many ways and on many different devices, all with vastly different audio capabilities,” Johnson said via email.

Depending on your streaming setup, you might be able to take back some control by using the volume leveling features built into your streaming device, smart TV, or soundbar. These features can squish sound levels into a smaller range, so that no one audio source ends up being much louder than others.

Here are some of your options:

In my tests, the impact of these features was sometimes dramatic. With the Fire TV’s volume leveling feature, for instance, the average decibel level for Precious Cargo dropped from 59.7- to 50.6dB. On Roku players, turning on volume leveling had a similar impact, but in the opposite direction: Quieter programs like Lost in Space got louder to match the likes of Precious Cargo or Gods of Egypt.

If your smart TV or streaming device doesn’t offer volume leveling (looking at you, Nvidia Shield TV and the new Chromecast), your soundbar or A/V system might provide something comparable.

Some Yamaha soundbars, like the YAS-209, have a feature called “Dynamic Range Compression.” Sonos soundbars have “Night Mode” and “Dialog Boost” that you can enable through the app (though, as a Sonos Beam owner, I can say these don’t make as much difference as I’d like.) Roku also sells a couple of soundbars that double as streaming players, with the same great leveling features you’d find in its standalone streaming boxes and sticks.

And if all else fails, you can wait for the industry to sort things out. Dolby says that its Dolby Audio codec delivery tech lets streaming services automatically optimize loudness on devices that support Dolby Audio playback. (Those devices also have some ability to smooth out volume levels even if the content itself doesn’t support the codec.) Dolby says its technology is “widely deployed and adopted by leading streaming services and device manufacturers.”

Xperi is also working on the problem with DTS:X. Content that supports DTS:X can include loudness measures in the metadata it streams to playback devices, which in turn can target a specific volume level based on those devices’ characteristics. DTS also offers a solution for streaming services to make volume levels more consistent as part of the content production process.

Based on what I’ve heard with my own ears, there’s clearly still work to do on these fronts. But perhaps the dream of not having to constantly reach for your remote’s volume buttons is closer to reality than you might think.