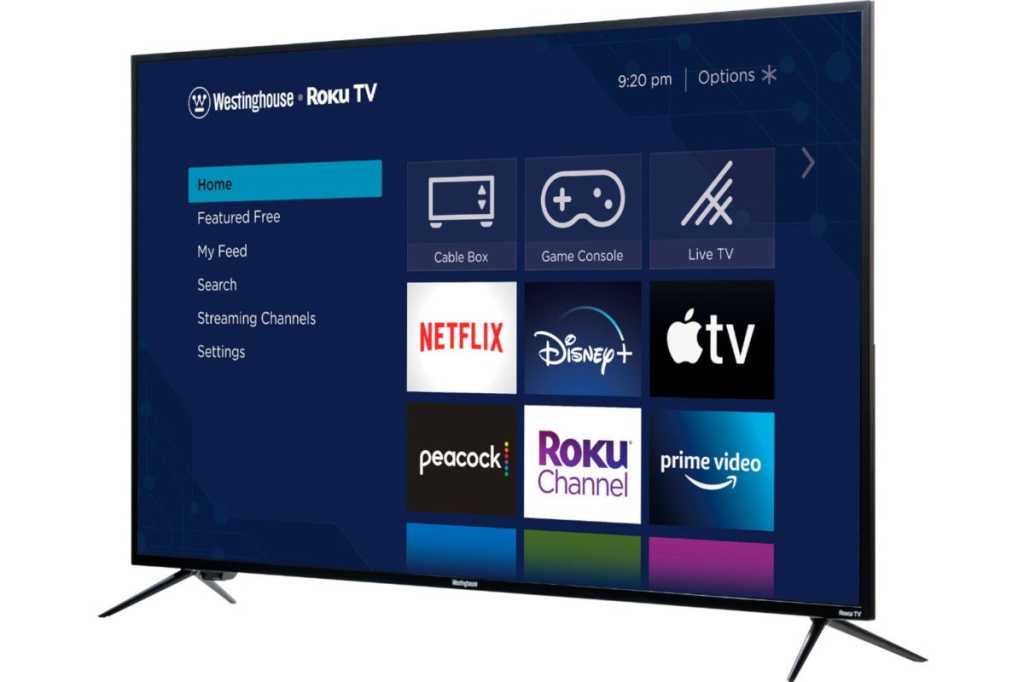 Sometimes Best Buy’s TV deals are just ridiculous. Today is one of those days. The big box retailer is selling a Westinghouse 58-inch 4K smart TV for just $300Remove non-product link. That’s $150 off the MSRP and a flat-out bargain for a television this massive.

The TV works with Amazon Alexa and Google Assistant for integration with your smart home, but the assistants are not built into the TV itself. The remote that comes with the TV is a Westinghouse-branded version of the Roku remote with quick launch buttons for Netflix, Disney Plus, Hulu, and Sling.

The television has three HDMI ports (including one that supports ARC for your soundbar), a headphone jack, one USB 2.0 port, and an ethernet port. The TV also has built-in Wi-Fi if you need to connect to the Internet wirelessly.

This is an excellent deal on a mammoth TV, but it’s doubtful it’ll last long at this price.