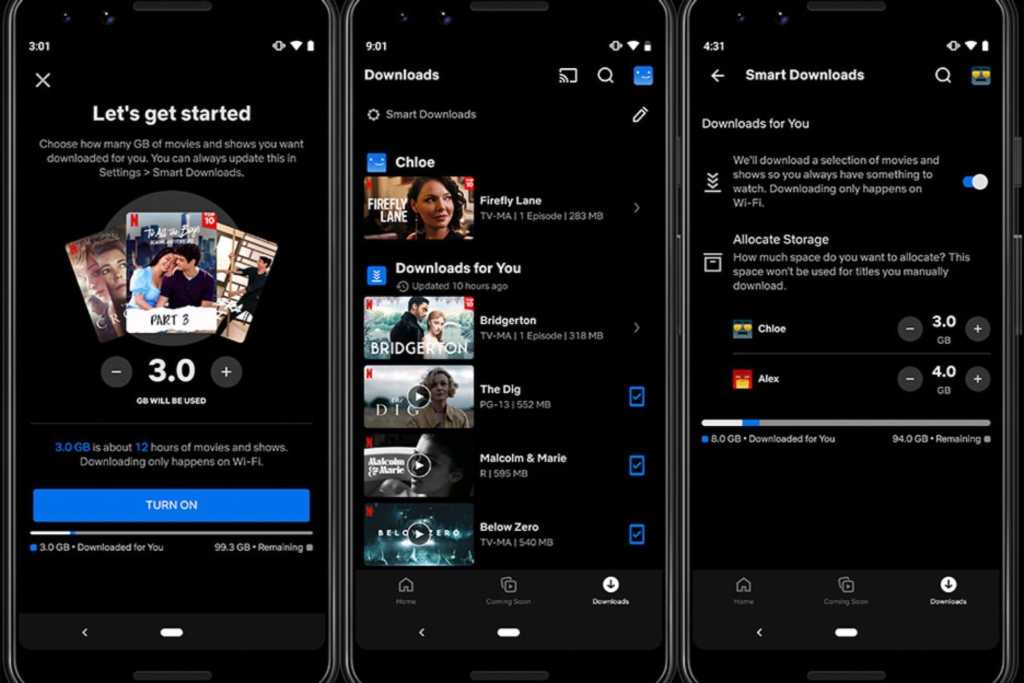 If you’re an on-the-go cord-cutter out of Wi-Fi or cellular range, good news: a new Netflix feature can help ensure there’s always something new to watch on your device, no internet required.

Available now for the Android version of the Netflix app, the opt-in “Downloads for You” feature lets Netflix pick movies and shows it thinks you’ll like and automatically download them to your phone.

Netflix says that the “Downloads for You” feature will download “recommended” TV shows and movies that are “based on your tastes.” In other words, expect to see videos similar to the recommended picks that appear on the main Netflix interface. And yes, you’ll be able to designate how much storage space you want dedicated to automatic downloads.

The feature is available on the Downloads tab of the Netflix mobile app, and you’ll need to tap the blue “Turn On” button to enable it—so no, Netflix won’t start downloading shows to your phone without getting the go-ahead from you first.

Once you’ve turned on the feature, you can tap the “+” and “-” buttons on the Smart Downloads settings screen to expand or shrink the amount of storage you want to allocate to automatic “For You” downloads. At the default video quality setting, Netflix estimates that you can squeeze in about 12 hours of shows and movies into (for example) 3GB of storage space. The “For You” storage doesn’t include Netflix videos that you manually download.

Related: How to lock your Netflix profile with a PIN

Unlike manual Netflix video downloads, which you can download either over Wi-Fi or cellular, automatic “For You” downloads will only happen over Wi-Fi.

Netflix’s “Downloads for You” feature comes in the wake of the two-year-old Smart Downloads feature, which automatically downloads the next episode of a TV show you’re watching offline while deleting old episodes.

Netflix first rolled out the ability to download videos for offline viewing back in 2016. Netflix shows can be downloaded on iOS and Android devices, Amazon Fire tablets, the Windows 10 Netflix app, and on “select” Chromebooks.

For now, “Downloads for You” is available only on Netflix’s Android app, but Netflix says it will be testing the feature for iOS devices “soon.”