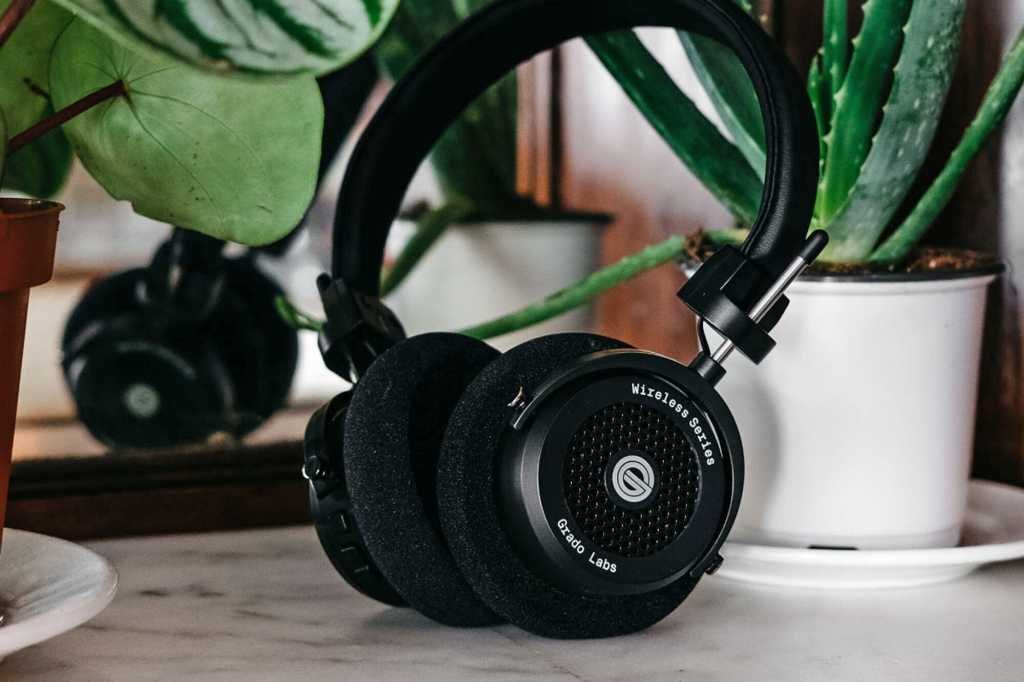 Grado’s first Bluetooth headphone sounds superb, and it’s super-comfortable, but it does not offer ANC or acoustic isolation, so it’s not well-suited for noisy environments.

In 1950, Joseph Grado started making phonograph cartridges at his kitchen table in Brooklyn, NY. Once he exceeded the limits of that table, he moved the operation to a more professional venue nearby and founded Grado Labs in 1953. Now, three generations later, the company is still family owned and run, continuing to make highly regarded phono cartridges as well as headphones, which were added to the product catalog in 1991, by hand at its Brooklyn location.

The GW100 is Grado’s first wireless Bluetooth headphone. It was first introduced in 2018 and was recently upgraded to version 2. The company cut no corners and took its time to get the sound just right, and the result was well worth the effort.

The GW100 v2 is a lightweight, on-ear, open-back design with foam earpads and that distinctive, somewhat retro Grado styling. It incorporates specially designed 44mm dynamic drivers within a finely tuned enclosure. In addition, the company claims to have decreased sound leakage from the open-back earpiece by 60 percent with careful placement of circuit boards and other internal components.

The frequency response is specified to extend from 20Hz to 20kHz (no tolerance given), and the drivers in each unit are matched to within 0.1dB of each other. And they can play plenty loud—up to 99.8 dB SPL from 1mW.

This is the first Bluetooth headphone I’ve encountered that does not also offer active noise cancellation (ANC). According to Grado, ANC can degrade the sound quality—which is certainly true with many but not all the headphones I’ve tested—so the company decided to omit it altogether.

If you want ANC

Instead, Grado focused on providing the best possible Bluetooth experience. The GW100 v2 implements Bluetooth version 5.0 (as opposed to 4.2 in the original GW100) with support for the aptX, AAC, and SBC codecs. It can work up to 10 meters (33 feet) away from the source device thanks to an upgraded antenna.

The updated 850mAh battery charges in two hours and provides up to 40 hours of play time, which is based on a 50-percent volume setting. Other upgrades include a USB-C charging connection instead of micro USB (good move!).

In addition to omitting ANC, this is the only wireless headphone I’ve come across that does not include a hard-shell carrying case. You can buy one from Grado for $39.95, which brings the cost to $288.95 for what you’d get with just about every other comparable headphone.

All controls and connections are found in the lower half of the left earpiece. The power and volume up/down buttons are physically distinct, making them easy to find by feel. In addition to their primary functions, they also perform other duties. The power button also initiates Bluetooth pairing, plays and pauses music playback, answers and hangs up phone calls, and activates the phone’s voice assistant, while the volume up/down buttons also skip to the next or previous song.

As mentioned earlier, a USB-C port is used to charge the battery, and a 3.5mm jack lets you connect the GW100 v2 to an audio source with a standard audio cable (which is included, along with a charging cable). In that case, the headphone presents a nominal impedance of 32 ohms.

A bicolored LED next to the 3.5 mm jack indicates charging/battery status as well as Bluetooth pairing. Finally, a hidden microphone captures your voice for phone calls or voice commands.

The GW100 v2 is super-comfortable—very lightweight with low clamping pressure. Being an on-ear design with foam earpads, it offers no passive isolation from ambient sound, which means you won’t hear its full potential in a noisy environment.

One small ergonomic concern is the thin wires that emerge from both ends of the headband and connect to the earpieces. As I put the headphone on and took it off, I thought there was a chance I would accidently hit the wires with my fingers and break their connection. I think it’s a relatively low probability, but it’s something that caught my attention.

As usual, I listened to a variety of music from Tidal’s Master library of lossless high-res tracks on my iPhone XS. First up was “Sleeping on My Dreams” from Jacob Collier’s Djesse Vol. 3, which features some pretty deep synth bass. The GW100 v2 produced a very open sound with excellent imaging and wide sound stage. The synth bass was well-defined and abundant, and the vocal was right up front where it should be.

With the recent passing of jazz legend Chick Corea, I had to listen to one of his classic tunes, so I cued up “500 Miles High” from Light as a Feather with his band Return to Forever. Chick on electric piano, Stanley Clarke on bass, Airto Moreira on drums, Joe Farrell on sax, and Flora Purim on vocals—man, what a lineup!

The GW100 v2 had a nice, open sound with a wide soundstage and great imaging. Each instrument was clearly delineated, though the bass was perhaps a bit indistinct and the piano was more forward during other solos that I would have preferred. Both of these observations were probably due to the mix rather than anything the headphone was doing. (I confirmed this during my comparisons; more in a moment.)

One of my favorite big bands in high school was the Don Ellis Orchestra. I found only one of his albums in lossless Master quality on Tidal, Live at Montreux, so I listened to “Sporting Dance,” a lively tune that features incredible dueling trombone solos. As I had come to expect by now, the GW100 v2 had a wide-open sound with good tonal balance and imaging, and the trombones were very well rendered and separated in the stereo mix.

Lately, I’ve really been enjoying Lee Ritenour’s solo guitar work on Dreamcatcher. The title track features some brilliant playing on processed electro-acoustic guitar, which sounded mostly excellent on the GW100 v2. The low midrange seemed a bit thick, which could have been the mix. Otherwise, the guitar sounded nice and rich.

For some country rock, I listened to “It’s ‘Cause I Am” by Callista Clark from her album Real to Me. It’s a dense, satisfying mix, which sounded great on the GW100 v2. It had an open sound with lots of bass—perhaps a bit too much, but not overbearing.

As I was looking around Tidal for some classical music, I came across an album of trombone concertos entitled Concertos & Fairytales featuring trombonist PK Svensen and the Malmö Symfoniorkester from Sweden. The album was recorded by renowned engineer Morten Lindberg for his high-res audio label 2L, and the recording quality is clearly evident. It was super-clean on the GW100 v2, with a wide-open sound, great imaging, superb rendering of the trombone, and clearly delineated orchestral sections.

The orchestra on Concertos & Fairytales is relatively modest in size, so for something larger, I turned to one of my favorite symphonic pieces of all time, “Pines of the Appian Way,” the fourth movement of Respighi’s The Pines of Rome. There are many great recordings of this massive symphonic tone poem; in this case, I chose the Philadelphia Orchestra under Riccardo Muti. As I had heard before, the GW100 v2 had a big, open sound with a wide soundstage and excellent imaging. In addition, the headphone’s dynamic range did full justice to the piece, which grows from a whisper to a roar. 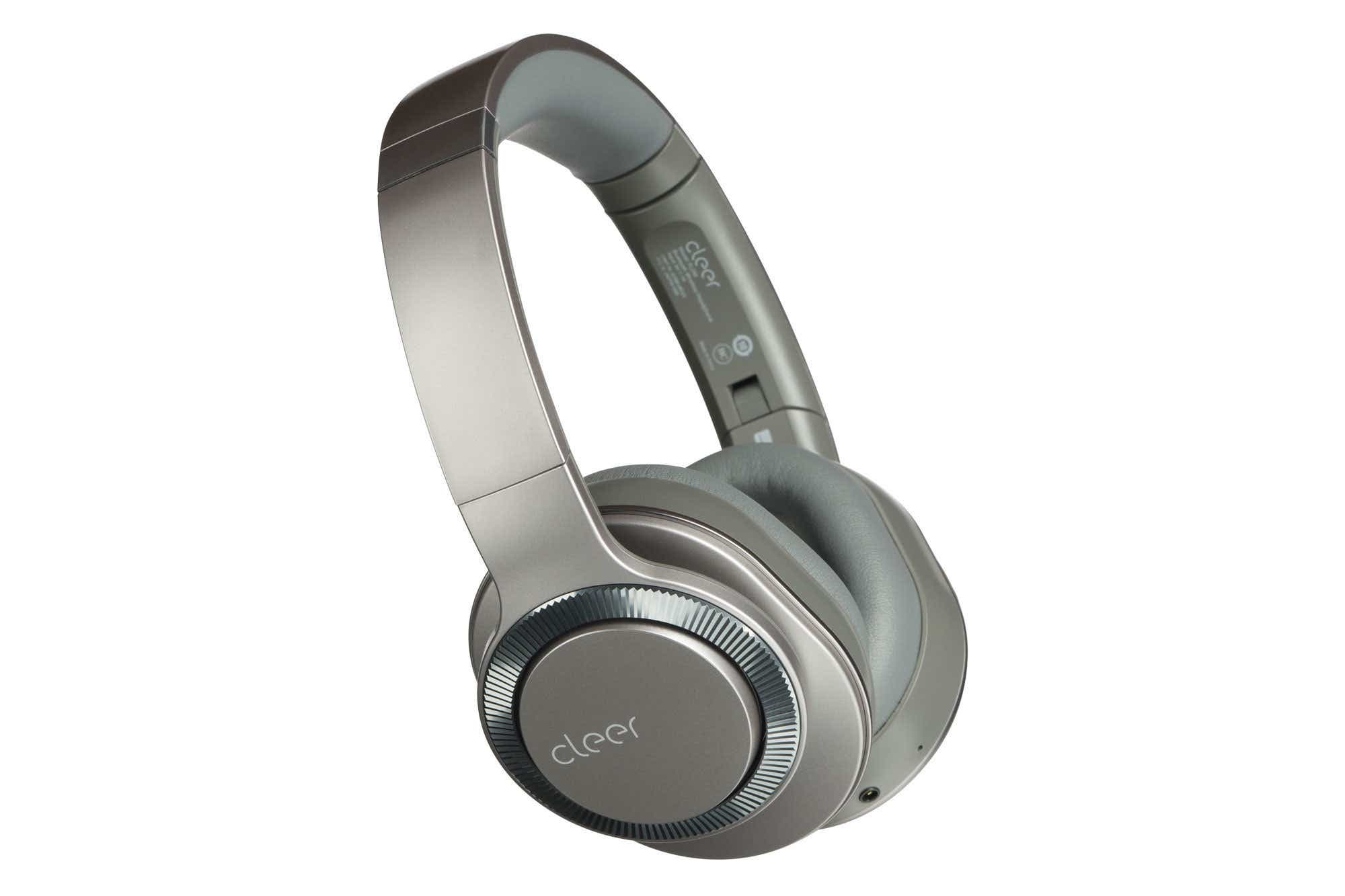 Unfortunately, I didn’t have any other open-back headphones on hand to compare with the GW100 v2 during this review. The closest I could come in terms of cost was the Cleer Flow II ($199.99) and DALI IO-6 ($499). Both are over-ear, closed-back, wireless Bluetooth headphones, and both provide active noise cancellation as well as passive isolation with earpads that seal the ears. (DALI also offers the IO-4, which does not offer ANC and lists for $399.)

I listened to each track on all three headphones, making sure the ANC on the Flow II and IO-6 was deactivated. As you might expect with closed-back, over-ear designs, the sound of the Cleer and DALI was much more “inside” my head with a smaller soundstage. The Flow II still had a clear, open sound quality but with slightly less bass than the GW100 v2.

The IO-6 had a warmer, richer, creamier sound than either of the other headphones, with a slightly closed in, congested quality on some tracks. The bass was certainly more pronounced than on the Flow II and perhaps even a bit more than the GW100 v2. Also, I confirmed that Chick Corea’s piano was indeed mixed too forward during other solos on “500 Miles High.”

The GW100 v2 is the most comfortable of the three, especially for long listening sessions, thanks to its low clamping pressure and on-ear foam earpads. The Flow II has a similarly excellent sound, but its earpads are too small for my relatively large ears, making them a bit tricky to seat properly. Also, the clamping pressure is too high for long-term comfort. The IO-6 has larger earpads and lower clamping pressure, so it’s more comfortable to wear for extended periods.

For many years, I used the Sennheiser HD 414 SL on-ear, open-back headphone in my home recording studio, and I liked its sound very much. The Grado GW100 v2 feels and sounds much the same as my beloved Sennheiser, with a clean and open sound, wide soundstage, pinpoint imaging, and excellent tonal balance from deep bass to clear midrange to airy treble. Add wireless Bluetooth capability, and you’ve got a winner.

The main caveat is that it offers absolutely no mitigation of ambient sound, either with active noise cancellation or passive isolation. Grado made the conscious decision to omit ANC in order to preserve sound quality, which is entirely reasonable. The company also decided to go with an open-back, on-ear design, which is a good part of why its sound is so open. The tradeoff is that your listening experience will be significantly degraded in any noisy environment.

At $249, the price is certainly not out of line for this level of quality. On the other hand, you must fork over another $40 for a hard-shell carrying case, which is included with just about every other headphone I know of, bringing the price close to $290. The Cleer Flow II sounds almost as good for $200 (albeit with a bit less bass and a narrower soundstage), and it offers ANC and good passive isolation, but it’s way less comfortable than the GW100 v2.

If you want a great-sounding, super-comfortable, Bluetooth headphone strictly for quiet environments, I highly recommend the Grado GW100 v2.