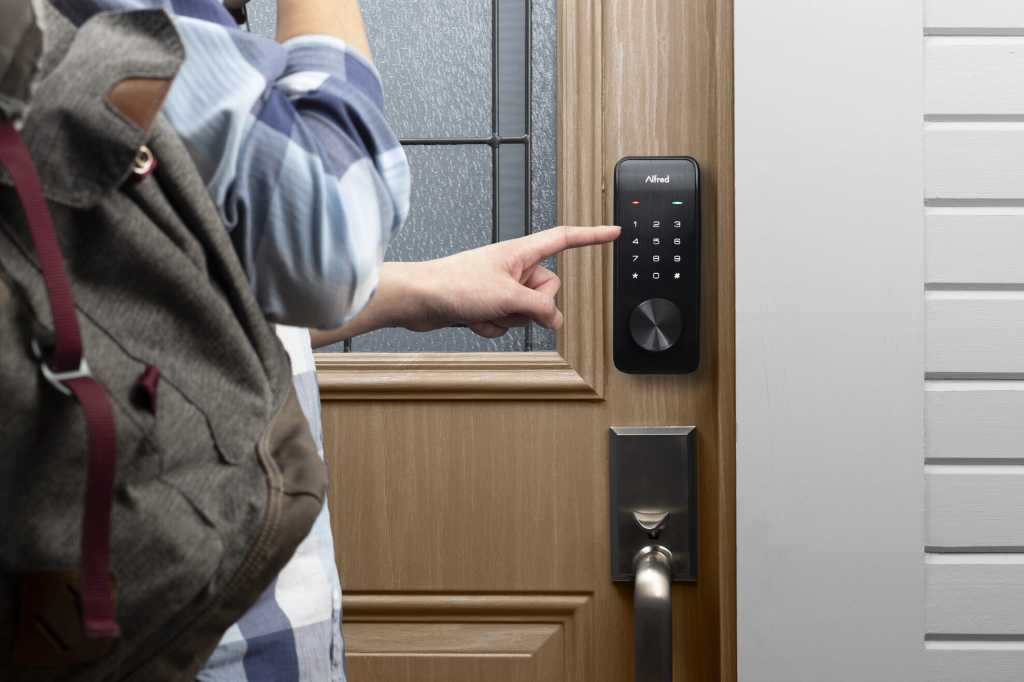 Alfred, Inc.
At a Glance

Alfred’s second-generation lock improves its looks and adds voice-based guidance, but it remains a tough sell.

A relative newcomer to the smart home market, Alfred now has two lines of smart deadbolts: Its original DB1 line (you’ll find our review of the Z-Wave-compatible DB1-C in this other article), and the newer DB2 line. This review looks specifically at the DB2-B, which includes a conventional key cylinder behind a swinging cover.

From the outside, Alfred’s DB2 series is considerably more attractive than the rather dated DB1, with a curvy, more streamlined look and an overall more polished appearance. And unlike the DB1, which is available only in black, the DB2 is available trimmed in your choice of black, chrome, or gold. The interior escutcheon, unfortunately, hasn’t changed much. It’s still a huge hunk of plastic with a decidedly industrial feel. 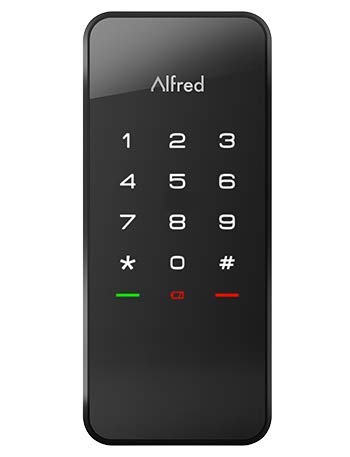 I was disappointed to discover that installation hasn’t changed meaningfully since the DB1. The design still requires a removable section of the tailpiece to be aligned just so before the escutcheons will engage properly, and it still requires a bolt to be screwed in from the bottom of the interior escutcheon, both difficult processes.

There’s still a switch inside the interior escutcheon that dictates the direction the deadbolt should turn—and I again didn’t see that it was mentioned in the installation guide. (Fortunately, my earlier experience with the DB1 ensured I flipped the switch from the get-go.)

The standard DB2, like the standard DB1, comes with only a keypad or mobile app as options for entry. As I’ve already mentioned, the model DB2-B reviewed here comes with a key cylinder and two keys. At press time, both it and the non-keyed version were selling for $169 (a good discount off the $199 MSRP). If you want Z-Wave connectivity for a SmartThings or similar hub, you’ll need to add Alfred’s $29 Z-Wave module to your shopping cart. This gets installed beneath the lock’s bank of four AA batteries.

You can connect a mobile battery pack to the micro-USB port on the DB2’s exterior escutcheon to unlock the door if the lock’s batteries fail while you’re out. If you also want Wi-Fi connectivity, you’ll need Alfred’s optional 2.4GHz Alfred Connect WiFi Bridge ($49). It hasn’t changed since our review of the DB1.

One of the biggest enhancements with the DB2 is the inclusion of voice technology in the lock. While the DB1 simply beeped in response to commands, the DB2 audibly tells you what’s going on. That may not be a big deal when you’re opening and closing the lock, but when using the keypad to perform programming operations it’s helpful to have an audio guide along for the ride.

While the lock performed well on the whole, I again had trouble with Z-Wave pairing, first by failing to realize the needed QR code was printed on the back of the Z-Wave module (so be sure to write down the included PIN before you install it).

Once I discovered this, however, the lock encountered repeated time-outs while I was trying to pair it to SmartThings. Only once I got tech support on a phone call did things inexplicably begin working again and I was able to pair the lock successfully and work with it through the SmartThings interface.

Alfred’s app hasn’t changed and the same interface is used with the DB2 and DB1 series; the usage differences between the two lock models are minimal. The same system is used to create PIN codes (still limited to 20), invite users, and configure settings like the geofencing one-touch unlock feature (an away mode that restricts all PINs except the master code), and auto-locking. Even the activity log still doesn’t refresh by swiping down from the top and requires you to tap on the refresh icon in the corner. The app doesn’t do much, but it covers the basics well enough.

The improved cosmetics and the new voice response system are both helpful bonuses that improve its value proposition, but the difficult installation and limited feature set keep it on the second string of options.

Correction: This review was updated shortly after publication to clarify that the lock’s handling switch actually is mentioned in the user guide. We overlooked the instruction. Also, when TechHive links to a product available for sale at Amazon, our system dynamically pulls the product’s current sales price from Amazon’s database when the review appears in your browser. The Alfred DB2-B was discounted to $169 at the time of our review, but the lock’s suggested list price is $199.