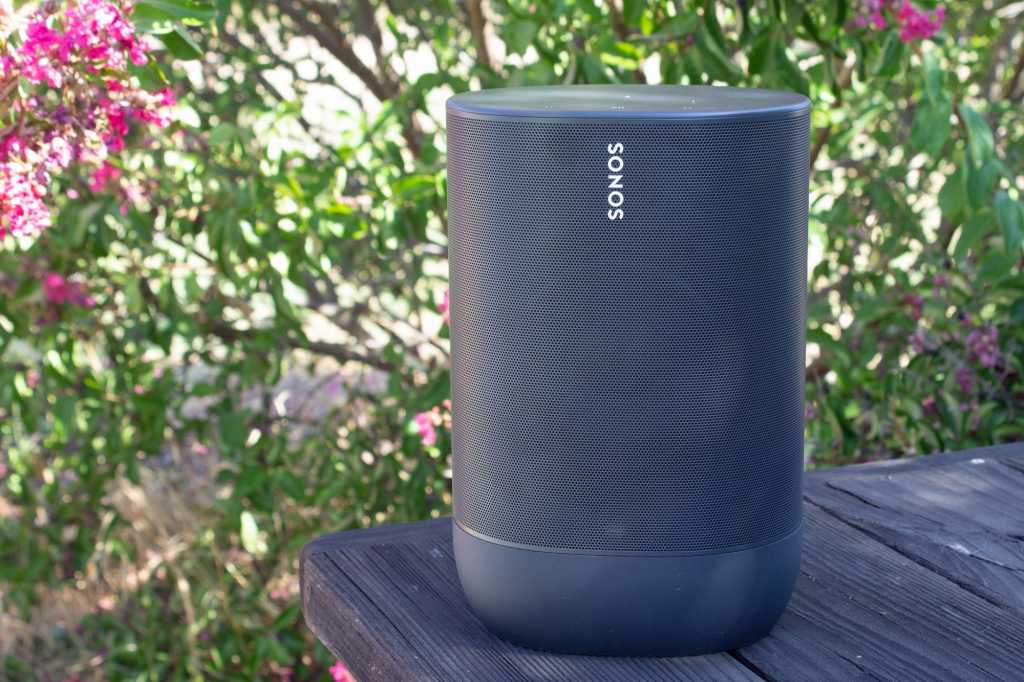 We’ve been hearing whispers for weeks about a potential new speaker from Sonos, and now comes word that the home audio company will be holding an event next month to unveil a new product. Could it be the smaller Move that’s been getting so much buzz?

Updated March 4, 2021 to report that according to leaked details published on The Verge, the product that Sonos will reveal next week is the Sonos Roam, a six-inch-tall, $169 portable speaker with Wi-Fi and Bluetooth connectivity, along with built-in microphones for Alexa or Google Assistant voice-command support. You’ll also be able to use two Roams as a stereo pair, The Verge says.

Sonos just sent out an invite for a “special event” on March 9, during which the company plans on showing off “the latest addition to the Sonos system.”

The invite doesn’t go into any further detail about what the product might be, although an attached image shows someone taking an outdoor stroll with a small sling bag, so we’re guessing the new Sonos device will be something portable.

That adds fuel to the fire about a possible smaller version of the Sonos Move, a portable—or shall we say luggable—speaker that Sonos announced back in the fall of 2019.

Chatter about a new, smaller Move was sparked by a Sonos FCC filing that describes a Wi-Fi- and Bluetooth-enabled speaker with a charging dock. The speaker also has power requirements that are somewhat less demanding than the hefty Move, which would seem to indicate that the device’s shell will be smaller.

Of course, a smaller Move speaker isn’t the only thing Sonos might have up its sleeves. There’s also been plenty of rumors about a pair of Sonos headphones, and a recently unearthed filing from the German Patent and Trademark Office details a set of over-ear cans with a prominent Sonos logo.

The German patent filing also says that the headphones would come with a USB-C port, “various” buttons, and a 3.5mm input jack, The Verge reports.

Of course, we’re not necessarily talking about an “either/or” situation here. During Sonos’ earnings call last week, CEO Patrick Spence said that the company is “committed to launching at least two new products per year,” so it’s possible that Sonos could unveil a portable speaker next month and then headphones later in 2021.

In any event, we’ll be covering Sonos’ event on March 9, so stay tuned.