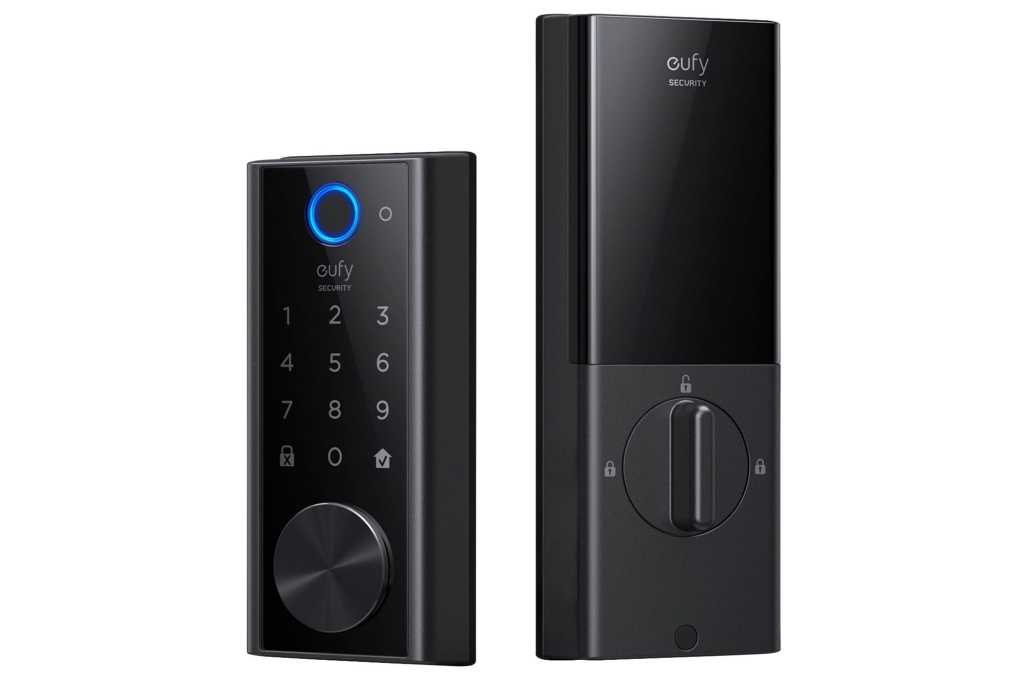 Eufy Security
At a Glance

When we first reviewed Eufy’s inaugural Smart Lock Touch last year, it was clear the company had some growing to do with its lock product. Good news: With its second release, the company has cleaned things up considerably. While the Eufy Security Smart Lock Touch & Wi-Fi doesn’t look noticeably different than its predecessor, it’s got plenty of new tricks—and much better performance—that make it worth considering.

As noted, the outside shell of the hardware hasn’t really changed, and it’s still decidedly on the big side, with an interior escutcheon that measures a daunting 8 x 3 inches (HxW). Fortunately, the Eufy lock is also fairly slim, so it’s less obtrusive than you might otherwise think.

Assembly is relatively straightforward thanks to a good manual and a well-organized set of numbered boxes that walk you through the paces, the only twist being the inclusion of an optional third screw that can be drilled directly into your door to help support the large, heavy hardware and keep it from listing to the side. If you’re unsure whether this lock will be a permanent addition to your home, best to leave out the extra screw for the time being. I found it adhered well to my door even without the extra screw in place.

One major change you’ll discover is that, unlike the vast majority of smart locks, the new Eufy uses a rechargeable battery pack instead of AA batteries. The hulking 10,000mAh battery is rated for a year of daily use, though naturally that means your lock will be offline once a year while you recharge the hefty pack. I think the tradeoff is worth it, though, as dealing with alkaline cells on your smart lock is an even bigger pain. (A Micro-USB port on the bottom of the exterior escutcheon is still available for emergency power needs.)

The “touch” in the lock’s name refers to one of its key features: the inclusion of a fingerprint reader on the exterior escutcheon. (You can also enter via numeric keypad, physical key, or the smartphone app.) The new lock’s fingerprint reader is a dramatic upgrade from the original, which worked maybe half the time in my testing. On the Touch & Wi-Fi version of the lock, I had a far better success rate at fingerprint scanning, with failures occurring only when my thumb wasn’t well-centered over the reader. (Note that the 100-user and 50-fingerprint limits remain.) 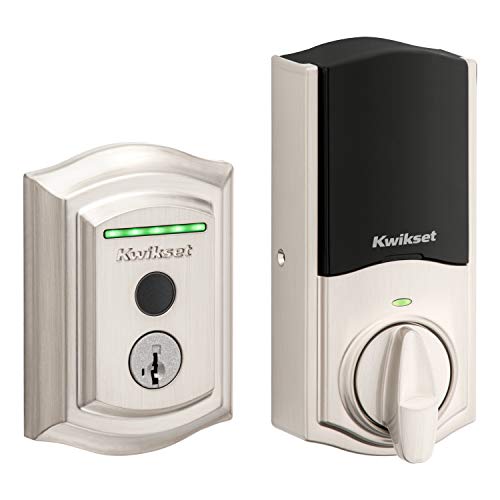 The other big upgrade with this lock is right in the name. While the original Smart Lock Touch was Bluetooth only, the new model includes Wi-Fi (2.4GHz only) onboard, without the need for an external bridge. This dramatically improves its usability—particularly if you want to use the lock or get notifications away from home—and opens the door for third-party access if you want to use it with Alexa or Google Home products. Unless your smart home revolves around a standard such as Zigbee or Z-Wave, Wi-Fi is an almost essential feature for any smart lock today, and one that clearly helped to streamline setup when I tested the lock, experiencing no hiccups at all with the process.

The Eufy Security app hasn’t changed visibly in the last year—even cosmetically—and it remains easy to navigate. Setting up new users is painless, as is accessing a by-the-minute history of all lock operations. The same collection of extras are in place, including automatic lockout if too many wrong passcodes or fingerprints are attempted, password scrambling (so you can add extra digits to your PIN for added security), and auto-locking (from 1 second to 3 minutes after opening).

The integrated gyroscope and geomagnetic sensors found in the first version of the lock are still intact here; these allow the lock to determine if the door is closed or open (disabling the auto-lock) without the need for an external magnetic sensor. Throughout my testing, I encountered almost no trouble with the lock except for the occasional Wi-Fi disconnect, and I only saw those issues when making settings changes, not when trying to operate the lock.

The $250 price tag is both good news and bad news. It’s good because it’s the same price as the original Eufy Smart Lock Touch when it was released, though it’s since fallen to about $170. The bad news is that competition has become fierce in this market in the last year and $250 now puts this lock near the top of the market. It’s the same price as the Kwikset Halo—our number-one choice in this category, which offers the benefit of easy rekeying if you have other Kwikset locks in your home. But it’s considerably less than the more sophisticated Level Touch ($329). That latter lock, however, is not a good choice for Android users because it’s entirely dependent on a HomeKit hub for remote operation.

If you need fingerprint-scanning features in your smart lock, Eufy’s entry is worthy of your consideration.