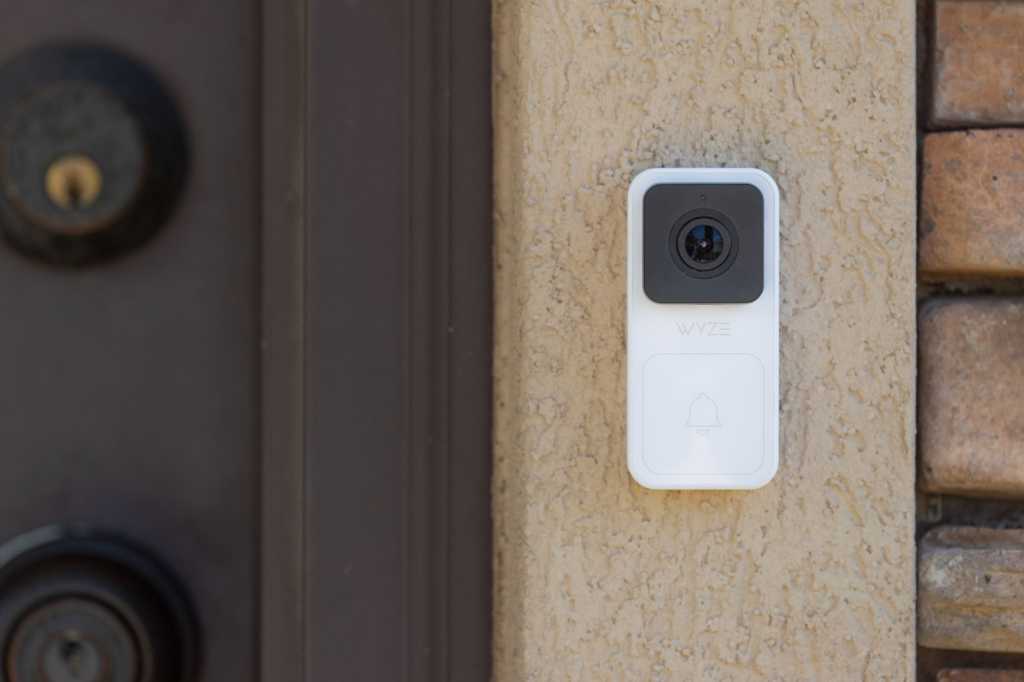 The new Wyze Video Doorbell impressed with its features and low price tag, but it will really come alive with the optional monthly subscription.

The new Wyze Video Doorbell is the latest addition to the company’s range of low-cost but relatively high-quality security and home monitoring products. We’re talking very low cost: The company is currently accepting pre-orders for this product at $29.99 each. If you can wait for Wyze to deliver it, this doorbell’s feature set impressed us for the price. But it will really come alive with an optional monthly subscription.

The doorbell camera surprised me with its compact size. It measures just 3.25 x 1.5 x 0.625 inches (HxWxD), and it comes in a small box that includes a wireless indoor chime. It’s a nice package for the price, but what about the performance?

Previous low-cost doorbell cameras always left me dissatisfied with their picture or performance. The Wyze Video Doorbell isn’t perfect, but it’s the best of the low-cost cameras I’ve tried so far.

Updated April 13, 2021 to report that Wyze has apparently increased the price of this product. When we secured this product for review, it was priced at $29.99, but when we checked the company’s website today, it was marked as out of stock but with a selling price of $44.99.

The Wyze Video Doorbell has a high-quality image—1080p resolution—that looks good during the day as well as the night. Both are sharp and the night image is well-balanced, even without illumination.

Video can be downloaded from the app and comes in at the resolution of 1,296 x 1,728 pixels, a vertical 3:4 aspect ratio. The non-standard video is taller than it is wide so, according to Wyze, you can “see people from head to toe.”

The camera includes a small LED light that automatically turns on when it detects someone approaching at night. That both serves as an indication that the front door is under surveillance, and it illuminates the caller’s face when they ring the doorbell.

There’s two-way audio, so you can talk with your visitor—or tell them to bug off—via the Wyze app.

Fine-tuning the detection settings was frustrating. The camera seemed to trigger on movements of objects, such as trees blowing in the wind, which led me to turn down the sensitivity. But doing so led to several occasions when it missed triggering as I walked in front of it.

It was particularly susceptible to false alerts at night during rain or snow. The drops or flakes would be illuminated by the infra-red light as they passed the camera and lead to false motion alerts.

Unfortunately, I could never really find a happy midway point where object detection was minimal, but it didn’t occasionally miss people. Wyze offers person detection as a subscription feature for $1.99 per month. It’s probably worth it, although that does change the value proposition a little.

One thing you don’t need to pay for is cloud video storage. Wyze offers free storage of 12-second clips in the cloud for 14 days. They are deleted after that, but clips can be downloaded to your phone through the Wyze app.

This is a great feature as it removes the monthly operating cost from running the doorbell (unless you need it for the improved person detection). Monthly subscription costs can quickly rise to cost more than the hardware after a few years so this is definitely an area to think about when choosing a video doorbell.

Ring video doorbells, for example, don’t store any video clips unless you pay for a service plan—all you get otherwise is a live look through the camera when you call up the app.

With the subscription package, video storage is expanded from a 12-second clip to video for the duration of detected movement. It also removes a limitation where there is a “five-minute cooldown” between recorded clips. This cooldown period means if there is more movement during the five minutes following motion detection, the video won’t be recorded and you won’t be notified.

This isn’t so much of a limitation if you just care about callers at your front door, but if the camera is also playing a security role, you could end up missing something like, say, someone stealing a package within five minutes of it being delivered.

Getting the camera up and running was simple. It requires 16-24V doorbell wiring and there is no battery option, so make sure you have that available.

A mounting plate is supplied to connect it to the wall, and Wyze also supplies an angled mounting bracket so the doorbell can be pointed to one side. This is useful if the path leading to your door isn’t directly in front of your house.

The companion chime doesn’t connect to the doorbell wiring but sits in an electrical socket indoors and communicates with the doorbell over a wireless link. This allows for a bit more flexibility as to where it’s situated in the house.

The camera has an IP65 weatherproof rating and in my tests continued to work during and after heavy rain and snow.

The Wyze Doorbell Camera has an attractive price and works well except for the problems I had with alerts. Unfortunately, the ability to reliably detect and alert to movement is a fairly important feature in a doorbell camera. Hopefully that will get better with firmware updates over time. Even with the problems, it vastly outperforms other doorbell cameras at its price point, although if you can afford it I’d recommend the subscription-based person detection—or a more expensive camera.