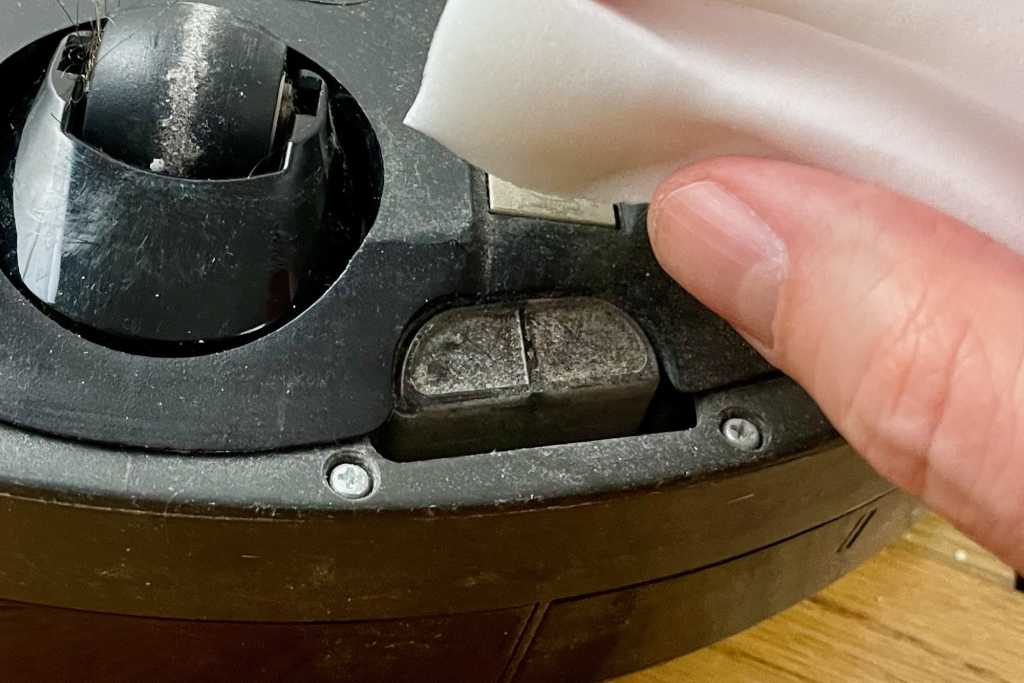 I thought I’d been doing a good job keeping my iRobot Roomba 675Remove non-product link clean, carefully pulling clumps of hair off its brushes and wheels and emptying its bin after every cleaning. Little did I know that dust and gunk were building up in places where I wasn’t even looking. 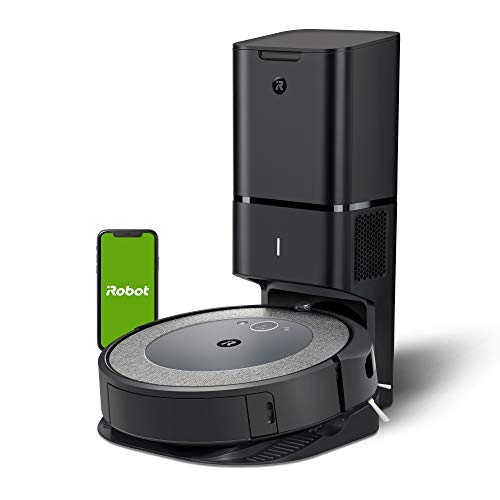 First, consider the metal charging contacts on the Roomba’s base station. When was the last time you gave them a close look—or looked at them at all, for that matter?

I sure hadn’t, but when I did, I saw that instead of being completely silver, one of the two contacts had a rust-colored ring around it, while the other was almost completely discolored.

Having gunked-up charging contacts on your Roomba base station isn’t just a cosmetic issue. At some point, those contacts will get so dirty that your Roomba will have a tough time docking and charging, and you might find yourself with a near-dead Roomba the next time you want to clean your floors.

Related: The best way to clean your Roomba’s hairy brushes

Also, have you noticed that your Roomba has been moving slowly or erratic lately? If the Roomba’s IR-enabled cliff sensors get too dusty and dirty, they’ll block the IR beam that’s supposed to reflect back, which means the vacuum might think that it’s continually approaching a wall or about to tumble down the stairs.

I admit that I’d never bothered to look closely at my Roomba’s cliff sensors until very recently, and when I did … yuck. One of the sensors was almost completely covered in dirt, while the other three were clearly due for a wipe-down.

How to clean your Roomba’s charging contacts

I ran my Magic Eraser under the kitchen faucet, wrung it out, then began polishing the charging contacts on my Roomba’s home base.

Related: Learn how to clean your Roomba’s bin the right way

It took a surprisingly amount of elbow grease to rub the gunk off, but eventually the silver began shining through again. Also, don’t forget to clean the corresponding contacts on the underside of the Roomba itself.

How to clean your Roomba’s IR sensors

Cleaning the cliff sensors was much easier. All you’re doing basically is wiping the dirt of the clear plastic windows that guard the IR lenses, and while I didn’t get them perfectly clean, at least they’re no longer coated with dust.

Of course, some Roomba models have more cliff sensors than others, and they might be located in different places. Check out these diagrams from iRobot’s support site for the details on your particular Roomba.

How to completely clean the rest of your Roomba

Feeling inspired now that you’ve cleaned the charging contacts and cliff sensors on your Roomba? Awesome, but there’s still plenty of dirt, hair, and general muck lurking in your Roomba’s nooks and crannies.

Check out these tips to give your Roomba a thorough cleaning:

Looking to buy your first robot vacuum? Check out our favorites right here