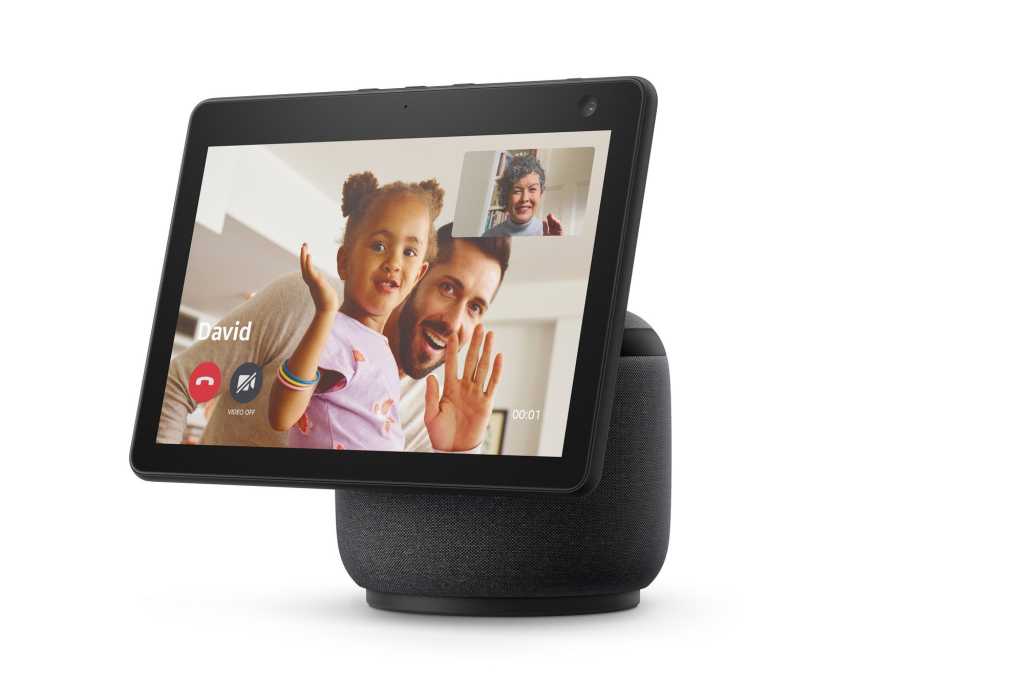 Wondering what happened to the new Amazon Echo Show 10 and its eye-popping rotating display? We were starting to wonder too, but Amazon now says the latest version of its biggest smart display is finally on the way.

Amazon just announced that pre-orders for the $250 Echo Show 10Remove non-product link, which it first unveiled back in September and initially promised for the 2020 holiday season, have begun at last, with the display slated to ship on February 25.

The Echo Show 10 will be one of the last products announced during Amazon’s 2020 fall hardware event to actually ship, and it’ll miss its initial holiday 2020 shipping window by a couple of months.

As it typically does during its fall hardware event, Amazon announced a raft of new devices, including revamped versions of the Alexa-powered Echo, Echo Dot, and Echo Dot with Clock smart speakers, as well as next-gen Alexa Frames eyeglasses. All of those devices have since shipped.

With its ambitious new design, including a motorized display that follows you as you move around the room, the Echo Show 10 looks to be Amazon’s most sophisticated Echo device yet, and as December turned into January, we naturally began to wonder if its production schedule had begun to slip.

In any event, the Echo Show 10 appears to finally be back on track, and we’ll be publishing an in-depth review once we spend time with a sample unit.

The second-gen Echo Show 10 (which is simply called the “Echo Show”) arrived more than two years ago with a redesigned, cloth-covered cabinet, a larger display, and rejiggered speakers. It currently stands as our favorite smart display, although the 10-inch Google Nest Hub Max is a very close second.

The new Echo Show 10 uses sensors that triangulate on humans to help point its swiveling display in the right direction, and users can stop the display from rotating by saying “Alexa, turn off motion.”

Besides following you around during video calls, the Echo Show 10’s motorized display can also pan around the room when you’re away from home, and send you an alert when it sees an intruder.