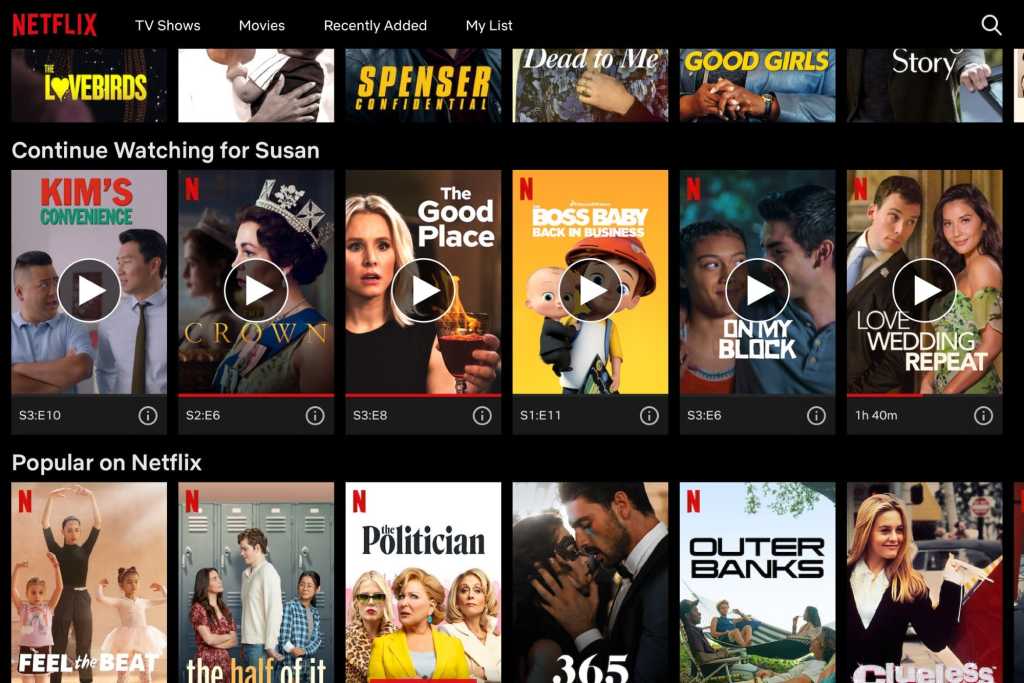 Can’t decide what to watch on Netflix? If so, heads up: the streaming giant appears poised to roll out a feature that will pick something for you.

Netflix execs announced the long-percolating feature, which will allow Netflix users to “skip browsing entirely, click one button and we’ll pick a title for them just to instantly play,” during the company’s quarterly earnings call on Tuesday, according to Variety. Netflix co-CEO Reed Hastings jokingly referred to the still-unnamed feature as the “I’m feeling lucky” button.

Netflix’s shuffle feature has broken cover many times over the past several months, in one form or another. At some point, it was a shuffle feature that played a random episode of a favorite TV series, while at other times it was a “Play Something” option in the navigation bar. More recently, the feature has popped up as a “Shuffle Play” button on the home screen of its connected TV app.

Details about Netflix’s upcoming shuffle feature are still sketchy, but in past tests, the Shuffle Play function hasn’t been completely random. In previous iterations of the feature, the shuffle button would pick a show or a movie with input for Netflix’s vaunted recommendation engine, Variety reported last year. In other words, pressing “shuffle” might simply tee up a video that you’d otherwise see promoted on the Netflix home screen.

Still, a shuffle option could help resolve the dreaded Friday night paralysis that sets in when it’s time to decide what to watch on Netflix. Personally, I dread the prospect of sitting in front of the Netflix interface and clicking through row after row of “Supernatural TV Shows,” “Hidden Gems for You,” and “Futuristic Sci-Fi Movies” videos, all of which look frustratingly familiar.

Doing the Netflix shuffle is also a throwback to the days of plunking in front of the TV, picking up the remote and clicking around to see what’s on. Indeed, shuffle buttons and so-called “linear TV” offerings represent a curious rejection of (or perhaps just an alternative to) the on-demand revolution that first began back in the 1980s.

In any event, look for the Shuffle Play button (or whatever it ends up being called) to appear on your favorite Netflix app in the near future.

Updated shortly after publication to add comments from Netflix execs.