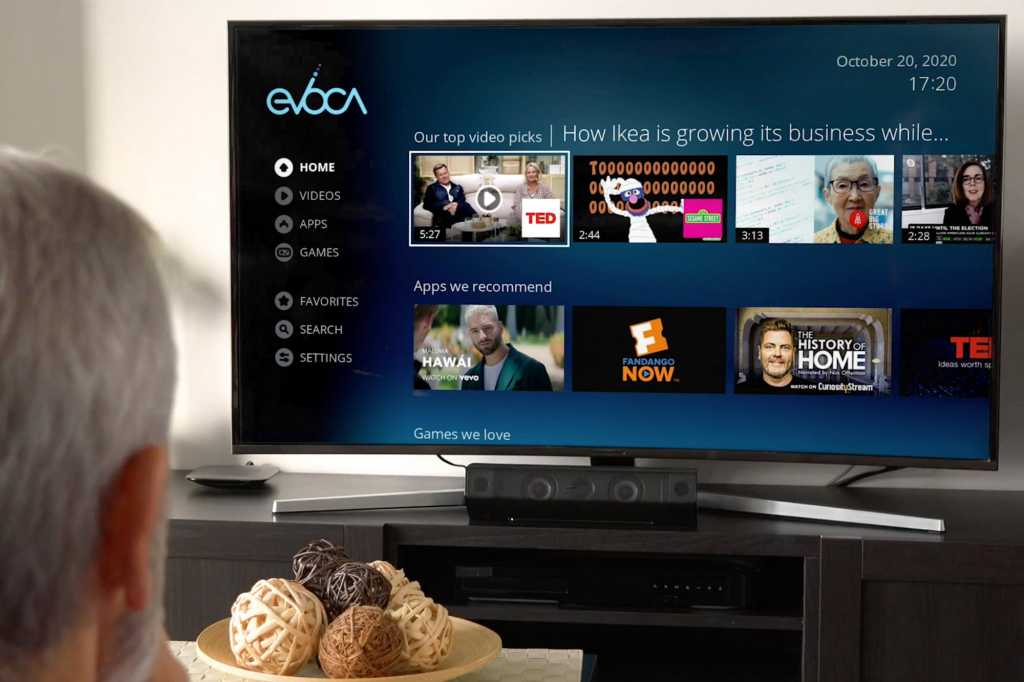 For most of us, cord-cutting means dropping cable or satellite TV service and streaming TV over the internet, instead. That can be problematic if you live in an area where you can’t get high-speed broadband. Boise, Idaho-based Evoca is working on an alternative solution based on the ATSC 3.0 broadcast standard, aka Next Gen TV.

As we reported in 2020, ATSC 3.0 make it possible to broadcast TV content in 4K Ultra HD resolution, complete with HDR, wide color gamut, and high framerate support. The new standard can also carry more channels and video on demand (VoD) because it uses a new compression algorithm, and it has an Internet Protocol (IP) backbone that merges broadcast TV with content from the internet.

But the best part of ATSC 3.0 is that little infrastructure is needed. Evoca installs a broadcast tower in a community, and its customers install a small antenna and plug a set-top box—dubbed Scout—into their TVs. As long as you’re within the transmitter’s range, there are no other wires to run or vast networks for Evoca to maintain.

You will need a broadband connection, but only to deliver low-bandwidth portions of the service such as the channel guide, according to the Evoca’s FAQ. Even a 5Mbps connection is sufficient.

Evoca is using Boise as a testbed

The city of Boise, where Evoca is headquartered, is relatively well connected, but you don’t need to travel far outside the city limits to find areas that are not. The overhead necessary to run cables to these much smaller (and often poorer) communities is high, and not enough to justify offering service. Many rural markets rely heavily on satellite TV, since its often the only option.

Evoca sees itself as a way to break that monopoly.

While what’s available is primarily rebroadcasts of currently existing online channels, there are a few major networks, including The Weather Channel, The NFL Network, Hallmark, and Bloomberg. At least one channel, the entertainment network Insight TV, broadcasts regularly in 4K, with other 4K events available, Achilles told TechHive.

ATSC 3.0 broadcasts are available in 23 markets across the US, with broadcasters in another 40 or so markets considering new ATSC 3.0 services (a map on this page shows where ATSC 3.0 is available and where it’s coming next).

Evoca plans to pen agreements with more networks to build its service out, with several already signed and debuting in the next few months. The company’s roadmap has it launching service in as many as three Mountain West communities in 2021, focusing on underserved markets and offering its service at prices far below cable and satellite TV competitors.