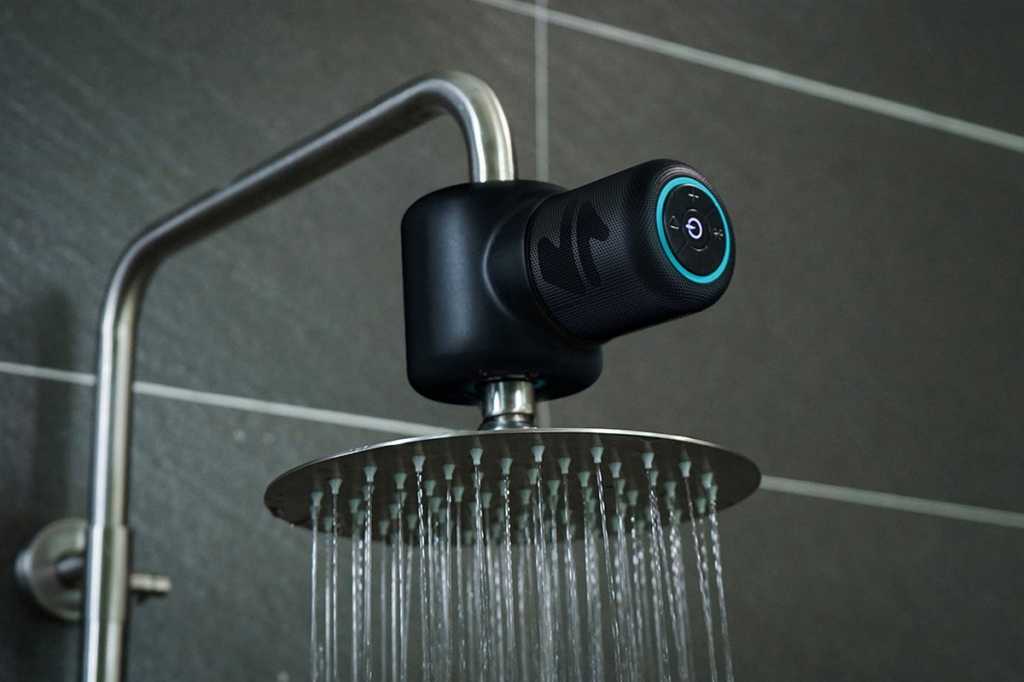 Shower singers rejoice: There’s a Bluetooth speaker built just for you. The $100 Ampere Shower Power attaches to your showerhead and is powered by the water flowing through it.

Conservation-minded singers will also appreciate the materials that go into the Shower Power’s construction: Its housing is fabricated entirely from recycled ocean plastic, further shrinking the product’s environmental footprint.

Despite its diminutive dimensions—3 x 2 inches (HxW)—Ampere says the Shower Power produces impressive sound. A proprietary amplifier radiates sound evenly in all directions, and you can pair the Shower Power with Ampere’s other waterproof speaker—the Droplet—for a more immersive audio experience.

Ampere says it partnered with audio experts who have worked with well-known Bluetooth speaker manufacturers including Monster and Braven, because the company wanted to focus on audio quality.

The Shower Power will be available in three colors to coordinate with your showerhead: white, matte black, and chrome. Ampere also announced this week that it has an LED-light edition of the speaker in development. The Shower Power Shine produces a light show in sync with your music. That’s expected to ship it later in 2021.

If you can’t wait for our review of the Shower Power, Ampere is taking pre-orders for the speaker through its crowd-funding campaign at Indiegogo. The speaker is expected to ship sometime in the first quarter of 2021.