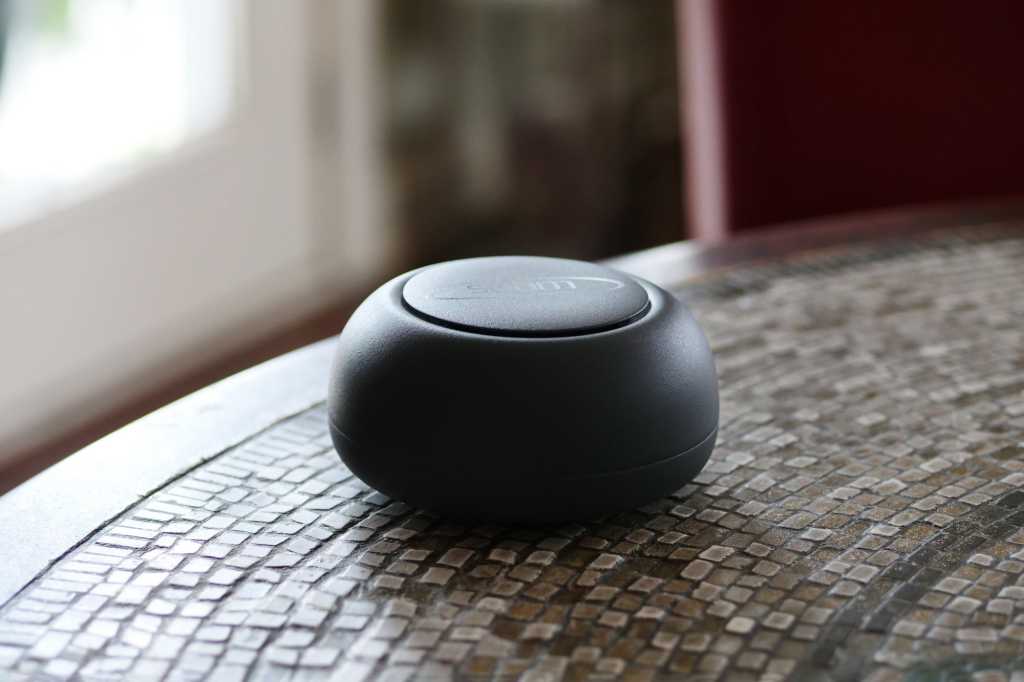 Smoke detectors have been fixtures in homes since the 1970s—and they haven’t evolved all that much since. SAAM is the latest company to step up with what it says is a better idea. Its detectors can detect smoke and fire four times faster than the competition, according to SAAM, and they also function as high-end air quality monitors that can detect dangerous gases.

SAAM says its S-series smoke detectors use a spectroscopy-based detection method. Spectroscopy is essentially the study of matter using light, and the company says the methodology enables its detectors to determine which elements are present in a fire, such as substances released by smoldering polyurethane, a material commonly found in upholstery.

SAAM says this also makes its detectors both quicker to detect smoke and fire—they can react in a matter of seconds—and less inclined to trigger false alarms because they can recognize and ignore airborne elements that trigger false alarms in conventional detectors. Machine learning and artificial intelligence enable the S-series to improve its detection algorithms so that they become even more accurate over time.

As an added benefit, spectroscopy allows SAAM’s S-series to evaluate your home’s indoor air quality, presenting real-time data on particulate matter and more than 13 other airborne elements. The detectors can also warn you when levels of dangerous gasses, including carbon dioxide and carbon monoxide, become too high. Finally, they can detect levels of volatile organic compounds (VoCs) in the air. Installing an S-series detector could eliminate the need for a dedicated air quality monitor (you’ll find a number of our reviews of air quality monitors here).

The S-series will have both Wi-Fi and Zigbee radios onboard, so they can connect to the cloud and be integrated into smart home systems. For consumers with smart home systems that include professional monitoring services, the detectors will be able to summon the local fire department in the event of an emergency. Smart home integration could give the S-series the ability to activate your smart HVAC system, increasing ventilation if harmful gases or high levels of VoCs are detected, or shutting it down if smoke is detected to prevent it from being circulated throughout the house. Alerts are sent to SAAM’s mobile app and via text message.

There will be two models in the S-series: The SC4 is a hardwired model designed for ceiling or wall installation. The SP4 is a battery-powered, tabletop device. They’re slated to cost $250 each. Both are expected to ship by the end of this year, but the company couldn’t give us a precise date. SAAM CEO Rob Qualls says the COVID-19 pandemic has slowed parts availability and testing.

Interested in new smoke detector technology? Be sure to check out our story on a similar new product shown at CES this year: the Owl Wired.