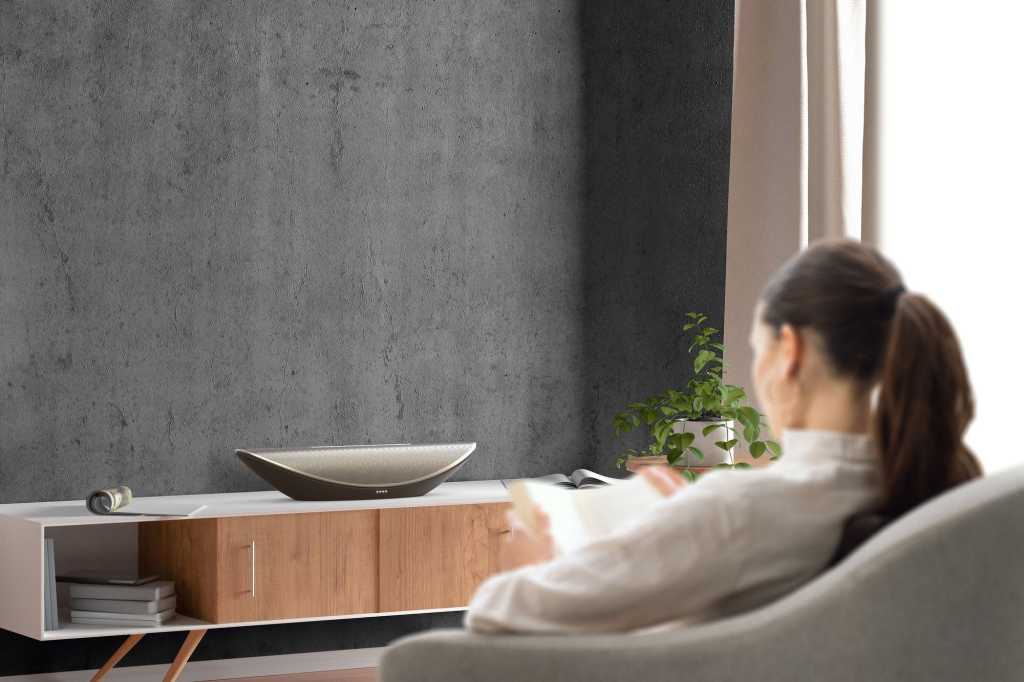 Cleer is a relative newcomer to the portable-audio market, but it has a well-regarded lineup that it’s looking to expand with two new products announced during CES: the Crescent smart speaker and the Enduro ANC headphone.

Let’s start with the Crescent smart speaker. The first thing you notice is its striking design, which clearly inspired its name. Eight 40mm full-range drivers and two 3.3-inch woofers sit within a sleek cabinet that’s reinforced with glass-fiber ribs to reduce vibrations and resonance.

Advanced beamforming technology offers a variety of listening experiences. For example, Wide Stereo Mode presents a wide soundstage that Cleer compares to sitting in a room with a hi-fi audio setup. Room Filling Mode disperses sound throughout the room when it’s time to party, while 3D Immersive Mode focuses the sound toward a single location, creating “the ultimate sweet spot.”

The Crescent supports high-res audio streaming in formats such as AAC, FLAC, WMA, and Apple Lossless, and it’s compatible with Spotify Connect, Apple AirPlay 2, and Chromecast. In addition to Wi-Fi, this speaker also offers 3.5mm, optical, and RJ25 inputs. You can control the Crescent using Google Assistant, and an optimized microphone array with noise rejection offers great far-field voice recognition.

The Crescent will carry a list price of $699.99 when it becomes available in late January 2021.

Next up is the Enduro ANC headphone. As its name clearly indicates, this over-the-ear Bluetooth headphone offers active noise cancellation (ANC) that attenuates extraneous noise by up to 25dB. New this year is an astounding battery life—60 hours of playback with ANC on between charges. According to Cleer, that’s double the industry-average battery life. Such advanced power-management capabilities are made possible by Qualcomm’s QCC5126 chip and the company’s software team.

In addition, the new Cleer Connect app lets you customize the Enduro’s noise cancellation. According to the company, you can adjust the balance between audio performance and limiting unwanted noise for different situations, such as traveling by airplane, train, or car; sitting in a cafe; or strolling outdoors.

The Enduro ANC features Cleer’s 40mm Ironless Driver, which is also used in the Flow II, reviewed here. The lightweight housing is made from high-grade molded plastic with ergonomically designed memory-foam earpads. Its slim, adjustable headband flexes without weakening, so the out-of-box pressure on the ears and head is just right.

The Enduro ANC will be available starting in February for a list price of $149.99.